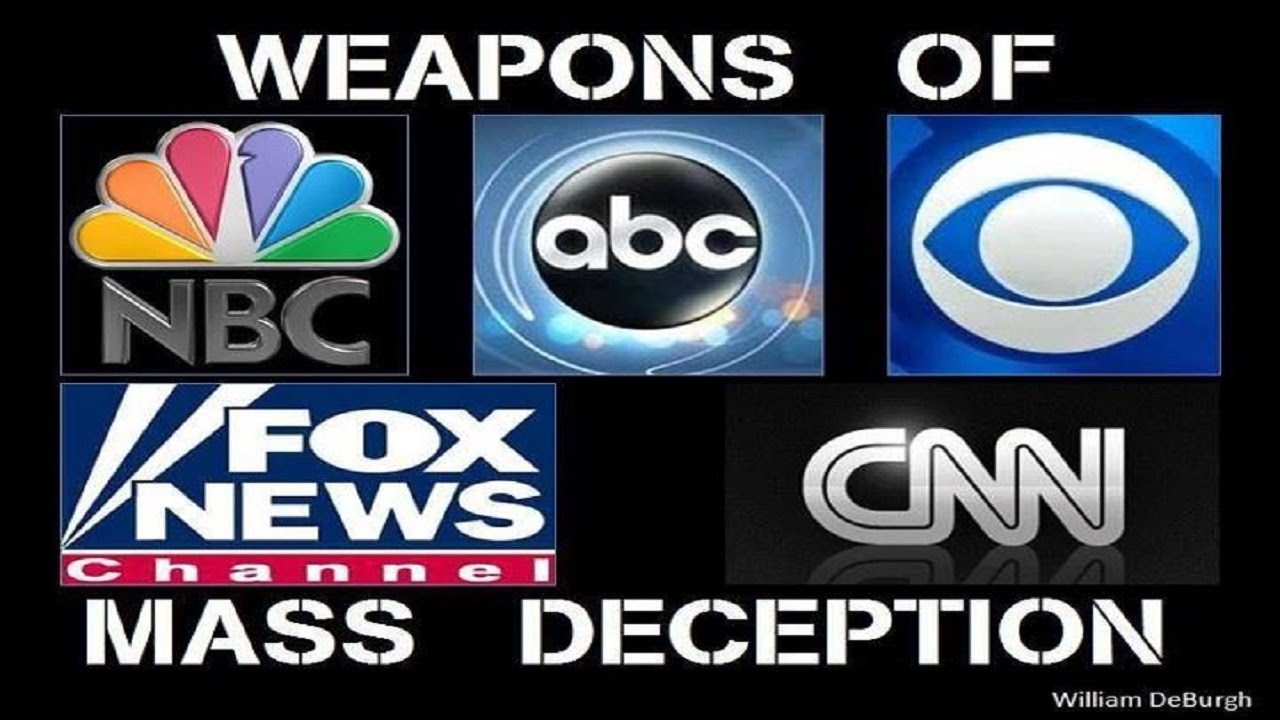 The End of the Monopoly

For quite a few decades, the mainstream media (MSM) has enjoyed a virtual monopoly on the entirety of newsprint and broadcasting.  This media could select stories to publish and could embellish, suppress and distort whatever they wished.  Their business model evolved and depended on news control.

Under the Obama administration, the MSM became particularly lazy and corrupt.  Not only were many administration appointees in some way related to media personalities, but the exchanges of information “under the table” were all too common.  While this collusion benefitted the MSM and the Obama administration, it undermined the principles espoused in the First Amendment in the Bill of Rights where freedom of the press was specially set aside to protect the public.

President Trump is developing a new and more distributed media news structure.  Instead of some ten or so MSM gatekeepers, there is now the potential for hundreds of different news outlets to educate the public.  Breitbart News, Christian Broadcast Network, Conservative Treehouse, Gateway Pundit, Daily Caller, local news (like the Virginia Gazette) and even bloggers now have access to the highest levels of the administration to ask new and previously suppressed or ignored questions.  In addition, the President, through the use of twitter and direct contact with the American people, is making the MSM less relevant.  The MSM doesn’t like this one bit.

Under these new circumstances, it is not unusual for the MSM to pull every stunt in the book to undermine the integrity of the Trump administration.  There is real loss of corporate profitability when advertisers find themselves having to reduce their budgets for the MSM in order to spread the limited dollars more broadly.  There is real loss of journalistic reputation as many MSM pundits find themselves in competition with newly emergent thinkers (especially on the conservative side).  In an ideological sense, the MSM has lost the propaganda advantage that previously favored the socialist and globalist agenda.

The bottom line is that the behavior of the MSM is quite self-serving.  They are in a panic over lost revenue and reputation, and sense that their survival as top dog at the apex of the news pyramid is slipping and crumbling.  They are right to be concerned.  They have worked against the interests of the American citizenry, and the fury that is being directed at them is not about to stop any time in the near future.

The End of the Monopoly was last modified: February 20th, 2017 by Dr. Robert Warren

Yeah, I agree with that. twitter is one of the greatest social media where celebrity can get to know the regular people and get to know what they want. So it is really great step to know the people through twitter.

Major riot in Stockholm tonight obviously caused by Trump’s comments on riots in Sweden. And there you go, Trump was a day late and a dollar short once again. He told Putin the wrong day to stage the riots in Sweden.

Tomorrow’s news today, instead of yesterday.

Saw Tucker Carlson last night. His first guest confirmed the statistics in his report the previous night regarding Sweden as the rape capital of Europe. His next guest was a young Swedish blond woman who made such an idiot of herself I felt sorry for her. She denied her own governmnt’s crime statistics, said rape crime was up because the definition of rape had changed, and couldn’t provide a single fact or even logical thought. Trump was right about Sweden.

He repeated something he saw on FOX, correct? And he implied that he knew something sinister just occurred. Good thing he does. It watch lifetime channel

I’m happy to see that the frauds at Fox News were included in the article’s graphic.

The president’s tweets may be his undoing. That account is an official venue of the White House, making it public record of the US government. The minute he does something vaguely impeach able, the sheer falsehood of many of his tweets will count against him.

More sources of news can be a big plus, giving us the chance to isolate falsehoods when they are promoted.

We can’t take everything the press says without question (and journalists will say as much if you ask them) but to write the press off is just plain stupid. They’re the one group that can watch government for us at all.

Yep, 90% of the MSM is controlled by 6 globalized corporations- libs were more than eager to point this out during the Bush years but stopped beating that drum when Obama became president

That’s a disturbing trend, but the move towards monopoly has occurred elsewhere. Might be in the best interests of Americans for our Republican House, Republican Senate, and Republican president to break any monopolies.

Trump’s many laughably false statements make the media look pretty good in comparison. Not what I want to see happening, but only Trump can end his constant gaffes.

I like the gaffes. It keeps the MSM talking BS 24/7 about nothing else.

This is a very important point. The media gets so distracted by hate that Trump can move his agenda along without much difficulty. He is 30 days into his presidency and has actually done amazingly well.

Are you rating his performance by effects of his actions, or of keeping/appearing to keep campaign promises?

Actually I rate his performance by how much he pisses off the MSM and their followers like McCain and Obama. I think he could be doing a better job, but he so far hasn’t gotten PBS into a one track mind like the others. What the heck, he’s still got almost 8 years to get that done.

You’re depriving a professional wrestling match of a viewer.

Now why would I want to go watch rasslin when I can come here see a real pro’s squirming around? Besides, it hain’t time for Blitzer’s breakin news yet.

Spot on correct! You forgot to mention how out of joint Trump puts the “Conservative” intellectualees too. Trump has made them largely irrelevant by ignoring their pompous analysis and mean-spirited insults.

Look at who all disdains Trump’s tweets. These globalists can’t stand that Trump won, or that he’s wildly successful and actually keeping his campaign promises. But mostly they’re green with envy the effortless way Trump directly connects with the American people.

They are trying to sever that connection by mocking Trump to give up his Twitter account, but he knows their game.

perhaps he could do a little research before tweeting? No? You prefer an uninformed POTUS?

It is not the tweets. It is the cringe worthy stupidity of what he posts.

So Obama’s 57 state gaffe was well researched. How about his utter lies about the ACA. All presidents make mistakes in speeches, however some presidents are born liars.

you cannot blame Trump’s stupid comments and actions on Obama. Or perhaps you can since the alt right gets to make up their own facts

How do you define success? His Muslim ban has been shut down by every court that reviews it, the ACA is still in place, no one will pay for his wall, and he is stuck on pointless minutiae on twitter.

The courts now own the next Muslim terror attack. The new head of HHS has been in office for about 10 days, and ACA repeal is already underway because the IRS has been ordered not to check the health insurance taxpayer certification form. The wall is going to be built even if private citizens pay for it. The minutia always seems to suddenly become very important – for example, Sweden is the rape capitol of Europe. Who knew until Trump exposed it.

Maybe the rest of the MSM should be watching Fox, just to see how News is supposed to be done.

Yes. Why watch the news with all their reporters and facts when I can simply read FB posts or even better read posts here. After all, the radical alt right crazies here are more informed than someone who actually talks to real, live people since they have the internet to connected with each other

The point of this article is that you can watch many different news sources with as good or better information than the MSM. You apparently like to be spoon fed fake news as long as it has an old news organization tag to it. Not me.

Reporters don’t talk to real live people. Where did you get that idea?
They talk to ‘unidentified sources’, a paid expert, or at most they
present 5 seconds of video of some poor sap kicked out of his house because
Moonbeam couldn’t keep a damn dam maintained properly.

MSM was too busy chasing Trump to even bother with a story of 200,000 people living in
nothing much more than a fairground. They gave even less coverage to the
fact that the Fukushima reactor is still spitting out enough radiation
toxins to kill a human in two minutes. That means TEPCO will only need another 5,000 years to get the first of four damaged reactors under control, if they don’t manage to frack the aquifer layers and add a large dose of strontium to your AHI sushi. But that’s not real news is it?

The President’s attempted to be relevant – by communicating so poorly and inaccurate and with outright lies – on Twitter, in speeches, in press conferences, off the cuff, etc – is ‘relevant’.

You forgot to mention who is really behind this, Wall St.. Plain and simple, it’s the biggest threat to our national security, Wall St. and American corporate greed.

Just like Eve wan’t satisfied with what she had, so are people today. It never ends. So to will the end result be.

If that means Trump will have to put some clothes on his presidency, then I’m all for it.

Corporate greed? Not sure about the negative connotation with that is the very nature of capitalism. But the point that Wall St and tycoons run the world is spot on. This is why there was so much opposition to Trump – he is they!

Well, here is something something that you can be sure about. Without the tremendous profits made by cheap communist labor and cheap Mexican labor, Wall Street would’ve never been able to afford to buy up the mainstream media and do the influence peddling on Capitol Hill that they do.

I’m good with what I got. Just wish that cash/check/credit card would be accepted at doctors offices for payment. The American dollar doesn’t work for healthcare in Virginia.

If Wall Street was the enemy, you must oppose the president’s intention to dismantle Dodd-Frank.
Or have you “evolved?”

Except to stabilize investment banking practices and reduce the risk of taxpayer-funded bailout of banks. Outside of that, I suppose you’re right…

Uh huh, sure, what ever you say. That’s why we are 20 trillion bucks in debt and the wall street crooks are bigger than ever. What little bit of wealth the taxpayer has left couldn’t bail out a jon boat.

Sounds like you feel Wall Street has too much power over the American people. You’d like government to fix that? You’re not in sync with the tweeter in chief…

No, i don’t think they have too much power. I think that the government isn’t living up to their end of the social bargain when really big crooks like these never seem to be prosecuted, while the poor crook on the street corner gets life for a much less damaging crime. Government isn’t ‘fixing’ anything. They simply are not doing their job as agreed in the social contract.