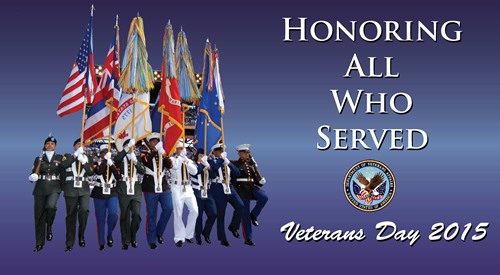 He was a young warrior from Pennsylvania. The bullet that found him half a world away went through one hip, passing through his bladder before exiting out the other hip. When I met him at the Walter Reed National Military Medical Center in Bethesda, Maryland, he had been through three surgeries, and told me he was â€œreally excited about his next surgery.â€ The reason, he explained, was that he was hoping that the final work on his bladder would mean that he wouldnâ€™t need his colostomy bag anymore, and that he would have the chance to re-enlist soon afterwards; â€œI want to get back to my brothers.â€

His wife held his hand and with damp eyes looked at her hero. She was as pretty as he was handsome. I asked her in a quiet moment about the strain on her and on the marriage. â€œMe? No, my job is to be everything I can be for him right now, to pray for us. We have a whole life in front of us.â€

Another twenty three year old warriorâ€™s smile was infectious. She greeted me as though I was the only person that mattered. Tall, athletic and cheerful. She had lost her right foot in a roadside explosion. I asked her about the next chapter in her life. Her short term goal was to learn to walk, run and climb with her new prosthetic foot. After that, she was looking forward to going back to school. I’m so grateful to God that I didnâ€™t lose my whole leg. So many [at Walter Reed] are hurt so much worse than me.â€

Yet another warrior was shot in the face and miraculously survived without brain injury. He was still disfigured, and it was difficult for him to talk. The day I visited him, his wife and two children were with him. His wife hovered over him and the love between the two of them was what you noticed first; little touches, smiles, eye contact. The young children seemed like, well, kids. They loved their dad and a few â€œface dents,â€ as he called them, didnâ€™t change that. When I asked what was next for them, there were sure-footed smiles. I’ve had half a dozen surgeries, be a few more,â€ he said barely above a whisper, without emotion.

His wife had a wide smile, but her eyes told you how much she hurt for her hero. â€œI canâ€™t wait to get back home [to Florida], and then weâ€™ll have to come back a few more times, but at least weâ€™ll be home and that means everything. We have extended family there, and our church.â€

Like so many of you, every time I have visited our wounded warrior heroes at Walter Reed, I come away humbled, inspired and grateful. I canâ€™t ever think about Veterans Day, without thinking of them. These men and woman, through their extraordinary sacrifice on the one hand and their immense gratitude on the other, catch you off guard â€“ no matter how many times youâ€™ve been with our wounded warriors before.

Duty, honor, and sacrifice arenâ€™t just words that describe these heroes; they are the concrete and deeply planted pylons of character that reflect the best of America â€“ the best.

Iâ€™ve lost track of how many warriors Iâ€™ve talked to on my visits, but I have notes cataloging some of the injuries and the surgeries they were undergoing, as well as capturing bits of some of the conversations Iâ€™ve had with them, either waiting for or recuperating from surgery:

The perspective for those injuries and conversations that Iâ€™ve had is that without exception, there were no down-in-the mouth and dejected warriors â€“ they were upbeat and positive to a person. They were grateful, and many were thankful that they were not hurt even worse than they were! Others were hoping to re-enlist at some point and several of the fully ambulatory warriors were wistful about missing their units.

Iâ€™ve said before, and I believe more than ever; give the nation any randomly picked 535 of these veteran heroes to replace the House of Representatives and the Senate, plus one extra to be the president, and our nation would be well served, for a change.