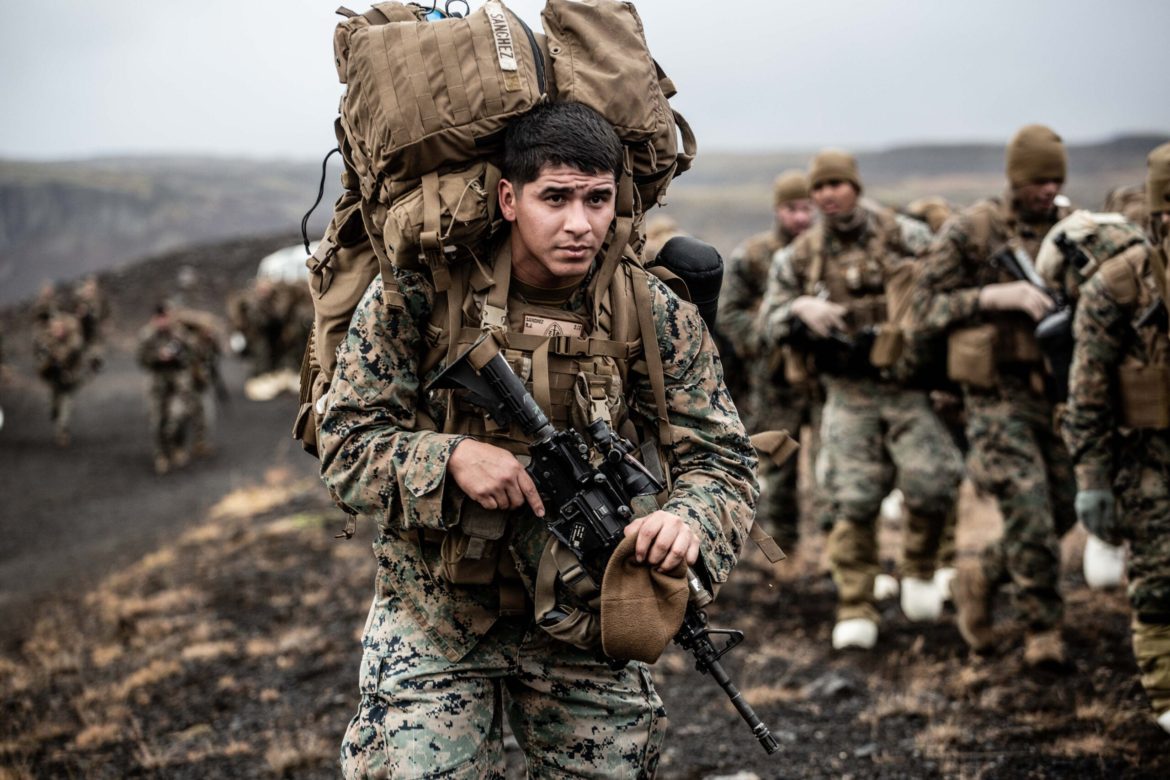 The Few. The Woke. The Marines.

A spokesman for the Second Marine Expeditionary Force (II MEF) recently aired a statement voicing his disdain for Tucker Carlson, who criticized the military for spending its time designing stylish combat uniforms to be worn by expectant mothers in battle.

The spokesman suggested that Tucker had no right to comment because he’d never served in uniform. But perhaps the II MEF spokesman should be reminded that the Commander-in-Chief got a Vietnam draft deferment. Neither he nor the Democrat Chairman of the House Armed Services Committee have ever served a day in uniform. Does II MEF feel that Democrats who don’t serve should shut up too, or does that just apply to Republicans?

Since the “woke” spokesman feels entitled to silence critics who never served in uniform, let me speak for those who have.

I flew 269 combat missions with the Ugly Angels of HMM-362, returning with bullet holes in the plane several times. I crash-landed after machine gun fire ripped through flight controls on my aircraft. And during fierce ground combat with the 1st Marine Division, I was later wounded and my radiomen both died beside me, trying to rescue trapped Marines. So, here’s a combat Marine’s view on all of this:

Once, during a fighting withdrawal to the ridgeline at Nui Loc Son, a Viet Cong soldier, hidden in a spider hole, lifted the trap and tossed a grenade that exploded in our midst. A sharp-eyed Marine spotted the spider trap closing, ran over, threw down his rifle and ripped the lid off. Plunging his arm into the pit, he grabbed the Viet Cong and dragged him out, pulling his bayonet with the other hand. Grasping the thrashing man by the shirt, he repeatedly plunged the bayonet into the twisting, screaming soldier until–repulsed by the man’s suffering–I yelled over, “Shoot him! For God’s sake just shoot him!” A nearby Marine fired a quick burst from his M14, killing him instantly. As we escaped along the jungle trail, I saw the dead soldier’s body still jerking and twitching from adrenaline coursing through his body.

Now, I ask the “woke” spokesman the following question: If Marines deploy expectant mothers into this type of combat, would they more closely resemble the man in the spider trap or the one who seized him violently, clutched him with one hand, and repeatedly plunged the bayonet into his body? The answer is obvious.

Years later, as a JAG officer, I supervised more female lawyers than any other staff judge advocate ever had. Female JAGs served admirably, and women performed well in many roles.

But the notion that expectant mothers can effectively engage in hand-to-hand combat is the product of demented minds. Close combat is no Hollywood fantasy; it is brutally, horribly real. And women have no business in it.