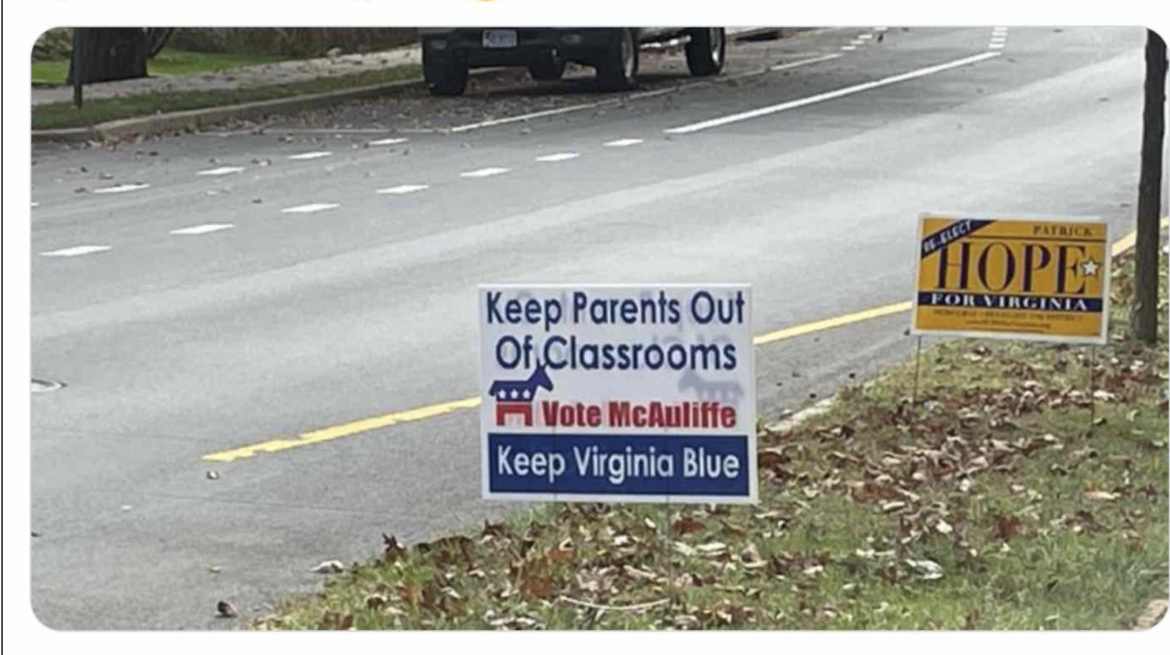 Voters are locked in with their choices, with 92% saying they will definitely vote for their planned candidate, and 8% saying they could change their mind before election day.

When parents of school-age children, from 5 years old through high school, were polled 56.3% said they will vote for Glenn Youngkin and 39% for McAuliffe.

“Independent voters and parents of K-12 students are stampeding to support Republicans Glenn Youngkin, Winsome Sears, Jason Miyares and GOP state house candidates,” remarked pollster Brent Buchanan, CEO of Cygnal, a national polling firm ranked as most accurate. “In an interesting twist of political fate, voters under the age of 55 are strongly for Republicans.”

Their generic ballot question for the House of Delegates showed Republicans leading by 1%.

There’s no question, Republicans have the momentum. Undecided voters are more likely to break for the challenger which is Youngkin in this race. Now let’s get out the vote!

The latest polling in the Governor’s race was last modified: October 26th, 2021 by Jeanine Martin

From TBE post – “Hampton poll: Gillespie up by 8%” – 10/25/2017 – “We can expect the majority of those undecided voters to break for Gillespie, and not the Lt Governor incumbent.”

Terry McRat should be up by 9 percent given the built in advantage in the Cesspool where you live Eric. It shouldn’t even be close. Your shitty candidate and the dumbass in the White House have made these races close. I am not saying Terry McRat isn’t going to win…. but you keep talkng about old races… This should be McRat up ten…
Say Eric… the gap for Hispanics is 1 percent.. maybe you guys need to rethink your open border policies. You and your bro Johnny won’t understand this… but an open border hurts hispanics more than you. You get cheap lawn workers, but they get competition for wages.
They have more on the line with an open border than you guys in your McMansions… Thus hispanics in the Rio Grande Valley voted for Trump.
So keep on with the CRT… Eliminating testing for TJ… Gender Fluid toilets in schools… Etc. Also keep QE… spending… trillions in debt… devalue the currency… Oh and New Green Deal bullshit.. keep on restricting gas and oil leasing and development. You’ve got unicorn farts and Rainbow windmills Eric… All is working great. What did you last pay for gas? 3.35 for me… That’s a sure winner!

The embarrassing part is that McAuliffe still gets 45% of the vote. He should get 25%.

This is all for show, Dominion voting machines will have the last say! And when the dust settles they will manufacture what they need to win!