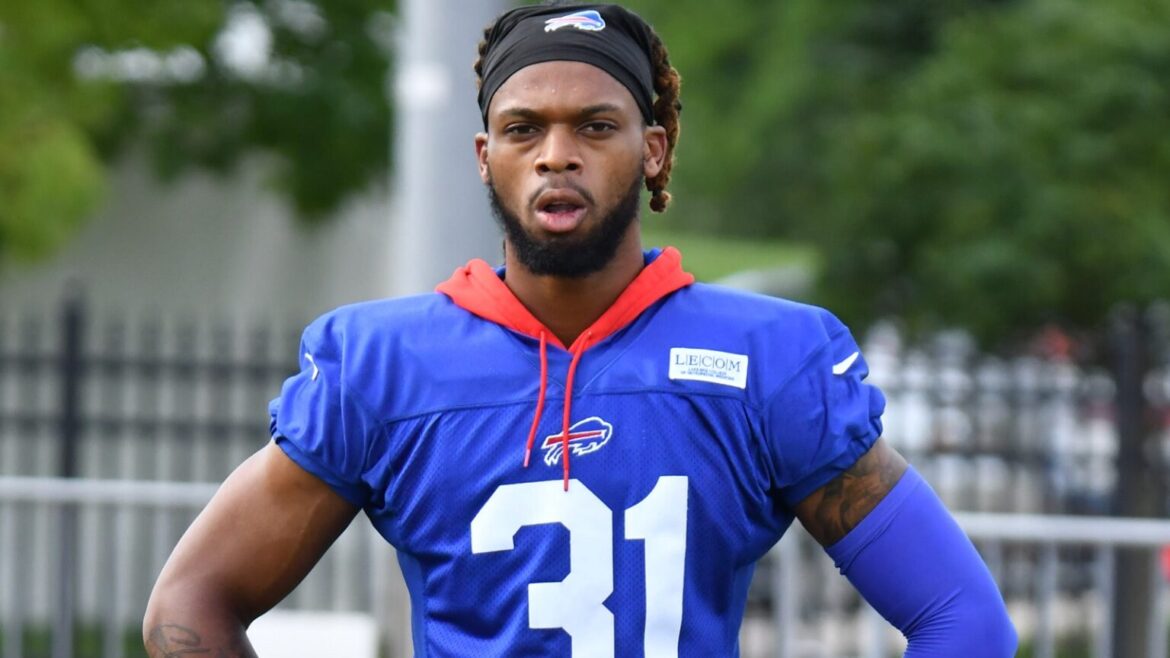 The Life and the Game

I like football.  I prefer college but enjoy watching a good game at any level of the sport.  Yesterday was no exception.  Penn State beat Utah – and the grand finale for the day was the NFL competition between the Buffalo Bills and the Cincinnati Bengals.  I had just settled in when it happened:

It looked like a normal tackle done thousands upon thousands of times before.  The tackler, Damar Hamlin, quickly stood up – and then completely collapsed onto his back.  My initial thought was a “concussion” type injury, and we have seen many of them this year.  However, It became far more serious immediately.

This past year, I obtained recertification for CPR and the use of the Automatic Defibrillator. As I watched the on-field medical staff working on Hamlin, it became obvious that this was life and death.  You don’t normally do 10 minutes of CPR and you have to be very careful to clear attending personnel when initiating a Defibrillator shock.  There was no question that significant effort was being expended to bring Hamlin back into the world of the living.

Not surprisingly, players, coaches, and support staff were in shock.  Many in tears.  Many hugging each other.  Many wandering around.  There was an ever expanding prayer circle from both sides of the field.  Eventually, an ambulance picked up Hamlin and took him to the regional medical center.  The game itself was rightly suspended.  As of the latest this morning, Hamlin is in critical condition at the hospital.

As many of the announcers said, “This is not normal.  Never saw it before.”  Some announcers who were past NFL players were almost silent – obviously contemplating their past careers and noting that life is more important than football.

What struck me after an hour of watching all this unfold was how the situation has changed over the past few years.  Before the pandemic and the” vaccines”, this terrible situation would have been written off as an unfortunate high impact injury involving cardiac arrest.  It may still be written off that way.  But what has crept into every conversation involving athletic injury with cardiac arrest is the question “Is the vaxx involved?”  followed by would we ever know if it was.

Tens of millions of people saw this happen.  More of them are beginning to ask the “vaxx” question.  My hope is this had nothing to do with the “vaxx”.  However, skepticism continues to grow.

Finally, may God Bless Damar Hamlin and his family.  He demonstrated once again how unimportant a game is when life and death are at stake.

The Life and the Game was last modified: January 3rd, 2023 by Dr. Robert Warren

More extraordinary news. Even though he is still in critical condition and the ICU, Hamlin was able to communicate with a nurse and is considered neurologically stable. Another miracle.

Some good news. Damar Hamlin appears to be improving although still in critical condition. This report is from the family and not the medical establishment. Miracles do happen regularly so maybe this will eventually be one.

“This past year, I obtained recertification for CPR and the use of the Automatic Defibrillator.”

And I see you planted the “COVID caused this” bullshit in your comment.

It was on the Tucker Carlson show last night. You have hidden, distorted and lied about the COVID vaxx, but that doesn’t mean normal folk aren’t asking the question. For the life of me, I don’t know why the left is so opposed to scientific inquiry when it comes to COVID and the vaccine. You come off as useless idiots pushing a political ideology simply because you can’t stand to deal with reality. Shame on you.

Apparently, about 25% of the citizenry has said they know of someone who died of the vaxx. Personally, I know 3 people injured by the vaxx – myocarditis, Bell’s palsy and severe headaches. These aren’t loons, dingbats, or fools but living people. In each case, the second Pfizer shot caused the problem. By the way, glad you are fully certified and a practicing emt. However, you might just want to be a little less judge mental about the vaxx connection to injury and death. Even Pfizer now admits the myocarditis connection.

Boy, that is surely against all odds

These are part of the Pfizer warnings associated with the vaxx – particularly the myocarditis. You comment is strange. Are you having psychological problems which is another side effect of the vaxxes. See long COVID.

And I know a few hundred who have had no effects from the vaccine because my squad has been giving vaccinations for months. Just because someone was vaccinated and later was diagnosed with myocarditis, Bell’s palsy, and severe headaches does not establish a connection.

Well, when they tell you in a private conversation that their doctors told them it was the vaxx I tend to believe them. Further, the serous side effects all occurred within 24 to 48 hrs of getting shot #2 of Pfizer vaxx. As far as your squad, good for them. I don’t want anyone injured including myself.