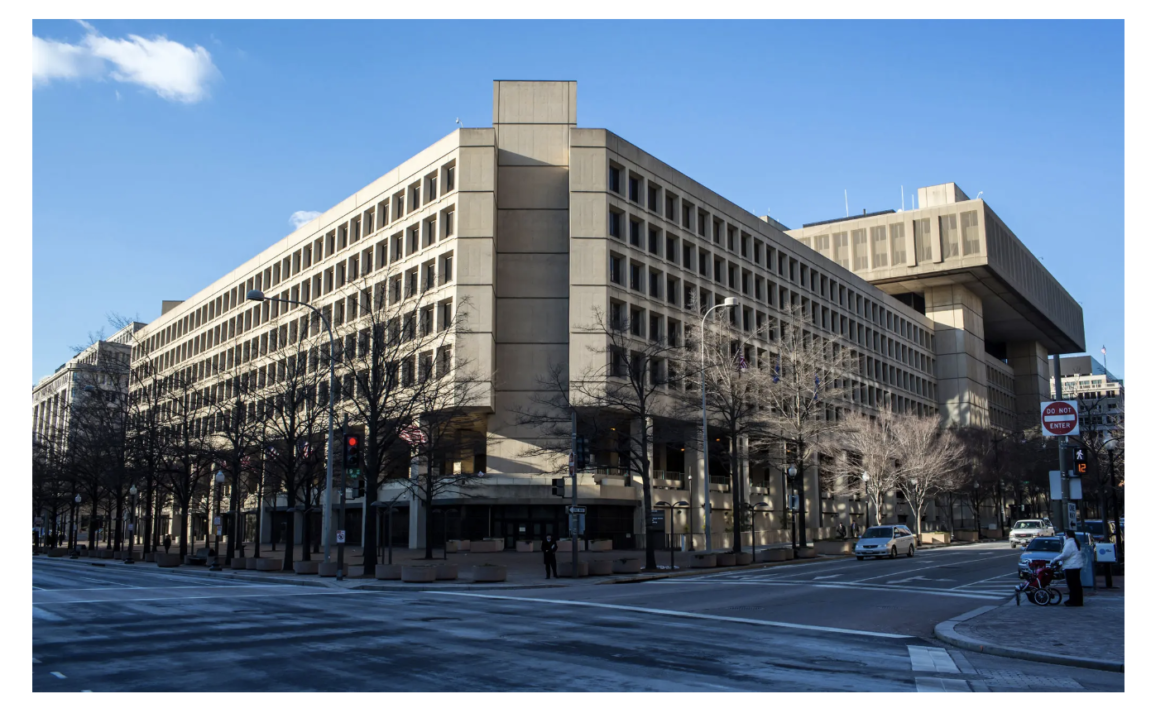 Special Agent Pierre Ducksalot, Duck to his friends, loved walking the halls of the FBI headquarters in the District of Columbia.  His favorite spot to stop was before a famous quote by the Roman Emperor Marcus Tullius Cicero,

“ A nation can survive its fools, and even the ambitious. But it cannot survive treason from within. An enemy at the gates is less formidable, for he is known and carries his banner openly. But the traitor moves amongst those within the gate freely, his sly whispers rustling through all the alleys, heard in the very halls of government itself.”

Duck sensed a presence behind him.   It was Director Ignatius B. Flynchem who spoke first. “We have a traitor within the building.”  Duck was stunned.  It had been nearly half a century since the infamous scandal of Robert Philip Hanssen, the FBI agent who spied for the Russian Intelligence Services.

Flynchem continued, “The building is now infested with greased mice.  Someone with special access released them.”

Duck thought that this was not necessarily a solid assumption but it was a starting point for discussions.  He also quickly searched his memory.  There was a faint recollection of an event in the Congress and something about the White House, and he had seen a few strange smelling mice scamper about within the building.  But, —-

Flynchem whispered, “I want you to look into this.  Keep it quiet, but make no mistake – this is serious and a general threat to the Bureau and national security itself.  Report only to me.”   And then the Director was gone.  Like a Ghost – and a man to be admired and emulated.

Searching the always meticulous FBI records, Duck found that some 391 greased mice had been unceremoniously dispatched all within the past year or two.  Capture and kill incidents had grown from an occasional trickle to a steady stream.  Someone had introduced the damnable smelly greased mice into the FBI headquarters building – and the mice were reproducing rapidly.

The game was obviously afoot and no one, no matter how improbable, could be excluded from suspicion.  Thus began the inquisition of maids, janitors, secretaries, agents, administrators, professors, people on the visitor log, passerbys, and night crawlers.  Per Flynchem’s orders, the reasons for the interviews were kept as quiet as possible.  (The ever swirling FBI rumor mill proved useful as speculation about a Chinese double agent provided cover for Duck’s inquiries.)

The list of suspects was initially reduced to three most likely.  Lady Dame Beuregard, a frequent visitor of Southern heritage, Bamdi Jingoo, an Ambassador at Large from East Africa, and Special Agent Ferdinand Magellan, LIV.

Lady Dame B. as she liked to call herself proved to be an interesting case.  While a rabid environmentalist and avid “green” Democrat Socialist, she went into shock when a caged greased mouse was placed directly in front of her. (She grabbed her nose, screamed, and fainted, and was then taken to a nearby DC hospital with a suspected heart attack.)  “Oh, well, one down and two to go.”

Bamdi Jingoo was a mystery.  His voluminous records were classified and Duck did not have the top secret, special access clearances necessary to see them.  After discussing the conundrum with Director Flynchem, a decision was made to put a tail on him.  To date, Bamdi remains a mystery.  Nothing has been found that would incriminate him, not even his curious birth certificate.  “Keep on truckin, Duck.  Keep on truckin.”

Special Agent Ferdinand Magallen LIV rambled on constantly about the history of his famous 12th century ancestor who had masterminded the first expedition to circumnavigate the globe and is rumored to have stashed a huge golden horde on Tierra del Fuego.  Notably, “Ferd” would bore anyone to tears with discussions of ancestral exchanges with the Kings and Queens of Spain.  “He was a curiosity in that his last name was misspelled.  Why?!”

So where did the investigation go from here?  The major part of Duck’s plan involved video, audio and microwave brain tracking in all secure, insecure and lavatory spaces.  Even agent homes were outfitted, some surreptitiously.  Make no mistake, Duck intended to watch and learn wherever and whenever – even under the most private of circumstances.

It goes without saying, unannounced raids and random polygraph tests were common – and exceeded normal CIA and FBI interrogation standards.  The theory was that  “If you can’t find the Mousean conspirators, you can at least keep them on the run and force them to scamper about.”

Exterminators were hired on week to week cost plus performance contracts.  Bonuses were given for the number of greased mice caught.  However, one exterminator was caught padding the bill by presenting greased mice caught in the Supreme Court Building.  (It should also be noted that rodents of all kinds are now pillaging the District of Columbia.)

“Where was the source?”  “What was the location?”  “Who fed the mice?”  “Who, What, When, Where, Why, How, However ———————-.”     A Supercomputer was “cleverly borrowed” from the Chinese embassy to organize data sets and create a focus for future investigation.

FBI Special Agent Pierre Ducksalot was not a quitter.  He would see to it that the Mousean conspiracy was resolved by any and all means.  (A top secret, special access only file, code-named MOUSEAN CHRONICLE, was created.  The file grew quickly and revealed that greased mice, now scientifically categorized as Mousean rodenti horribilias, had squeezed into even the most unexpected places.

“Never do anything you regret and never regret anything you do” came to Duck’s mind.  Sage advice from Horatio Hornblower — as, in the future, there would be a lot of regrets as well as stunning twists and turn.

The Mouse in the FBI House was last modified: September 15th, 2022 by Dr. Robert Warren

Great writing! Will there be a second chapter?

There will be an entire series.

Part 2 has been posted.

I just do not see any value at all in this writing. Childish goulash. Get help dude..

Isn’t poking fun at the FBI a better than threatening the FBI with violence? Or are you an FBI agent without a sense of humor?

are you trying to say something?

‘‘Twas grilling and the slythe troves did gyre and gimble in the wake.

Did gyre and gimble in the wabe:
All mimsy were the borogoves,
And the mome raths outgrabe.

He took his vorpal sword in hand;
Long time the manxome foe he sought—
So rested he by the Tumtum tree
And stood awhile in thought.

And, as in uffish thought he stood,
The Jabberwock, with eyes of flame,
Came whiffling through the tulgey wood,
And burbled as it came!

One, two! One, two! And through and through
The vorpal blade went snicker-snack!
He left it dead, and with its head
He went galumphing back.

“And hast thou slain the Jabberwock?
Come to my arms, my beamish boy!
O frabjous day! Callooh! Callay!”
He chortled in his joy.

’Twas brillig, and the slithy toves
Did gyre and gimble in the wabe:
All mimsy were the borogoves,
And the mome raths outgrabe.

One of the great nonsense poems. Thanks for listing the entire thing.

The FBI is on the case. Never fear🤡🤡🤡