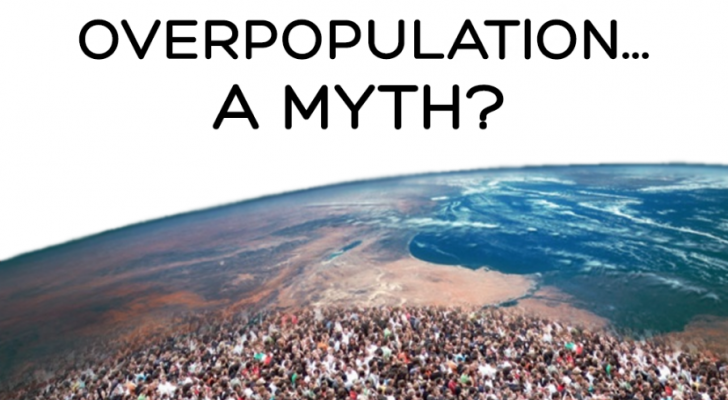 The Myths of Global Overpopulation

For nearly half a century, the left has warned about an out of control growth in world population.  Their global socialist leaders have demanded that families be smaller and more sustainable. The citizens of the West have responded accordingly but this begs the question “why are these nations accepting so many migrants if there is a need for fewer people”?

If Germany, for example, cut back its welfare state and increased its support for marriage and family, population inadequacy problems would cease to exist.  There would be no need to accept mass migration from third world countries.

It appears that the anti-work, anti-family and anti-Western culture policies of the global socialists are creating a massive unsustainable situation for first world citizens and nations.

Because welfare benefits sustain life without work, there are fewer citizens willing to be employed.  To compensate for government work and welfare policy failures, many Western countries have accepted non-native people under the premise that they will do the work citizens won’t.  Of course, the truth is that without welfare or other anti-work incentives, the native population could and would do the work. As Benjamin Franklin once said “I am for doing good to the poor, but…I think the best way of doing good to the poor, is not making them easy in poverty, but leading or driving them out of it. I observed…that the more public provisions were made for the poor, the less they provided for themselves, and of course became poorer. And, on the contrary, the less was done for them, the more they did for themselves, and became richer.”

Societal pressures and economic impediments have reduced both marriage numbers and family sizes. No longer do young men and women seek family – and with the conflicting messages of the sexual revolution it is no wonder.  First world native populations are in deficit, not in surplus.   However, the population deficit can be solved by re-encouraging traditional and natural population growth.

The overpopulation globalists don’t want to admit their population policy failures, preferring instead to destroy a first world nation’s culture and people. They also cannot admit that the massive surplus of population is a problem in the third world that needs to be solved in the third world, not by using the first world as a population relief valve. (Such an admission would not be politically correct and charges of as “racism” or “xenophobia” would abound.)

A sizable portion of the potentially productive citizens is out of the workforce because of their own choosing.  However, a bigger problem occurs when migrant “workers” aren’t really workers at all.  It is well documented that a sizable majority of migrants consume welfare in terms of direct payments, healthcare, education, and housing.  In addition, many bring their families with them and the non-native welfare burden is increased by substantial multiples.

The cultural devastation and destruction associated with non-working migrants is extensive, and increasingly demoralizing to the native population.  When a citizen walks their streets in fear of migrant crime, intolerance and hatred build. (Notably, any dissent from government open immigration policies is ruthlessly suppressed even when the violence from a clash of cultures is obvious.)

The global socialists have developed a population control argument that is full of untruths.  Intra-national marriage and family growth are important to the productivity and success of a nation.  Welfare is not a panacea for maintaining societal stability; rather it is a danger to it.  Population is not out of control in Western first world countries but in third world countries.

The myths of global overpopulation have driven policies that favor global socialism at the expense of individual freedom and national culture.  The citizen response has been a rise in national populism. Only a change in national governments and the draconian policies that adversely impact family formation and work will save first world civilization from slavery, genocide, and societal suicide.

Welfare now has many recipients only some receive a check from a government.
1 the traditional recipient
2 the migrant recipient
3 the corporate recipient by using the illegal migrant labor subsidized by our economy
4 The legislature that allow this at the expense of the taxpayer well he received the check, yes legislative welfare for not doing your job.

America is not the release valve for World property.

We built the wall in the green zone, the Democrats built a nice big fence , a wall around the last Democratic National Convention ,
BUILD THE WALL it will non discriminately protect America where elected officials won’t.

Per obama, America is not only the relief valve for the world’s impoverished but should be punished for not doing enough to achieve a progressive utopia for the NWO.

Would someone be kind enough to translate this article from Sarah Palin style word salad into coherent English?

Typical of a leftist. Always looking for a handout.

Does anyone ever stick their hand out anymore as a show of gratitude and Trust rather than to have someone place money in it.

It appears to the average American that you’re either there buying someone or being bought.

aspire to be there.

Your whole article could better be processed, if you would just say that all the problems in the world are created by a society that always thirsts for more corruption.

I don’t know you, and I am not sure that you can process my statement as it is intended.

That is true. Corruption has killed society after society throughout history. However, unless you identify the specifics that drive the corruption you are left without a tangible way to solve the problems. Warren has attempted to identify three of the problems that are instrumental in the corrupting of western societies – attacks on marriage and family, an out of control welfare system, and the idea that all cultures are equally valid with interchangeable people.

It’s all driven by greed, the love of money. The Bible supports this line of reasoning.

But again, you must make greed into a practical problem that can be solved. People who abuse welfare are greedy. You can deal with that abuse by restricting welfare and addressing welfare fraud as was done by Engler and Thompson a decade or two ago.

Unfortunately, the love of power all too often prevents doing the hard things that prevent abuse, and the democrats have pushed the dependency of welfare because it makes for controllable voting blocks.

You have always had a hard on for people on welfare. But you refuse to address the welfare that Wall Street was receiving in the form of $85 billion a month under the guise of QE program, which was nothing but welfare for the rich. Year after year Wall Street was receiving over $1 trillion per year under QE which was nothing but welfare, yet you stood silent.

As long as we export our jobs to Communist China, have no southern border, allow illegal immigrants to illegally steal our jobs, subsidize American corporations to build factories in Communist China and Mexico, encourage Wall St. to rip off people with massive increases in the cost of healthcare and higher education, I’ll have nothing negative to say about people on welfare. Other than good for them.

Hell, the money for welfare doesn’t come from American corporations, because Trump said it was smart for them not to pay any taxes.

I advised Congressman Wittman to vote against TARP and then QEs. I oppose corporate welfare because it allows the government to dictate to and control the private sector business decisions – the associated taxes and draconian blizzard of regulations have caused American businesses to seek foreign shores, taking with them America’s best paying jobs.

I generally agree with your sentiment but for one thing. Welfare for the individual creates ghettos and slave plantations for individuals. Where a company can pick up stakes or go out of business, the welfare recipient can only accept the freebie or somehow find a generally low pay menial job. Essentially, they are trapped into poverty.

By the way, i don’t view unemployment insurance as welfare because it assumes that such a program is temporary between jobs. However, even this program is gamed by those who do not intend to work. My wife works in the employment commission and sees the abuse of business by scam artists almost daily.