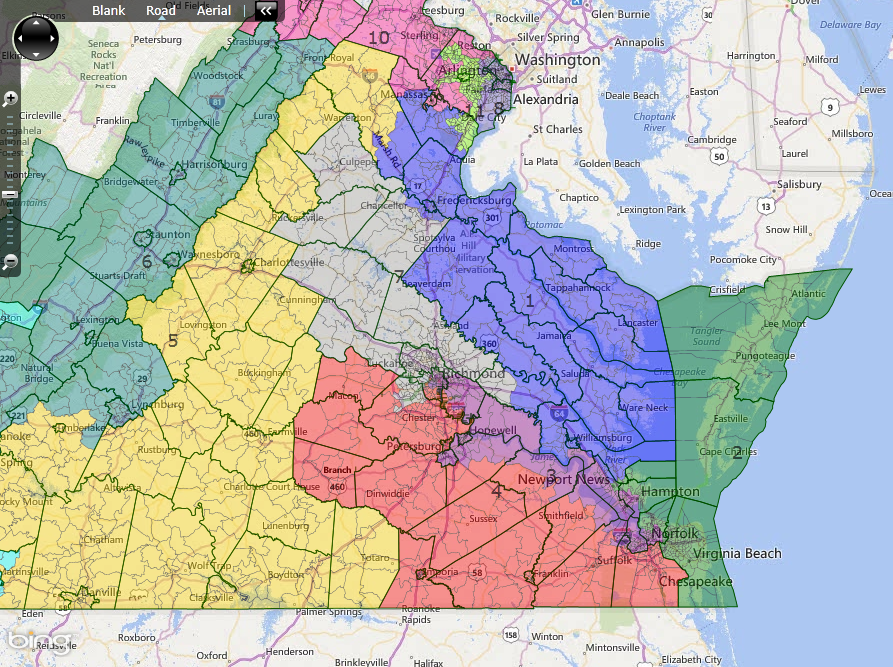 As reported by the Richmond Times-Dispatch, eight outside parties have submitted redistricting proposals in the ongoing matter of redrawing Virginia’s congressional lines under the auspices of the U.S. Federal District Court for the Eastern District of Virginia.

Among those parties is The Bull Elephant.

Yes, along with the Governor McAuliffe, the NAACP, Richmond First Club, OneVirginia2021, Sen. Chap Petersen (D-Fairfax), and a couple of private citizens, The Bull Elephant developed and submitted a redistricting proposal in response to the court’s invitation for interested persons to submit them.  As TBE readers may recall, the court issued this order after the General Assembly failed to pass a redistricting plan as ordered by the court’s September 1 deadline.

Our plan, in contrast to all of the others, is designed to very narrowly address the court’s concerns about racial packing in the Third Congressional District (i.e., the placing of too many black voters in the 3rd as a means of diluting their impact in other districts).  The TBE Plan A addresses these concerns, and other concerns about contiguity and compactness, by making fairly minor adjustments to the 3rd, 4th, 2nd, and 7th Congressional Districts in a way that still yields a majority Black 3rd District.  We do this while maintaining the partisan balance, including a solidly Republican 7th District. We believe our approach provides the court an opportunity to give life to its order while respecting the expressed preferences of the legislative branch in all other respects that were not found by the court to be wanting.

Should the court want to go further, and address contiguity and compactness in other areas of the Commonwealth (which we think is not necessary) we have offered the modest TBE Plan B, which address these issues in relation to the 10th, 11th, 8th, and 5th districts, in addition to the problems previously addressed in TBE Plan A.  Again, TBE’s approach is to give deference to the only plan passed by the legislative branch and signed into law by the Governor, the overall sufficiency of which has not been found to be lacking by any court. 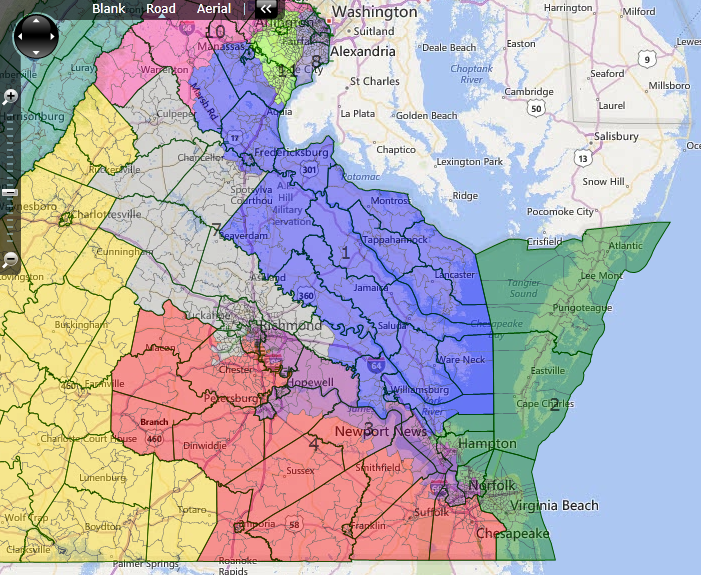 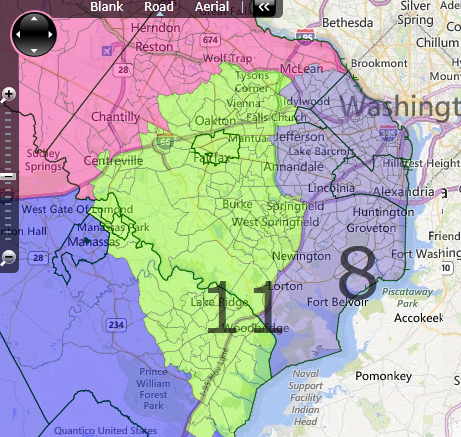 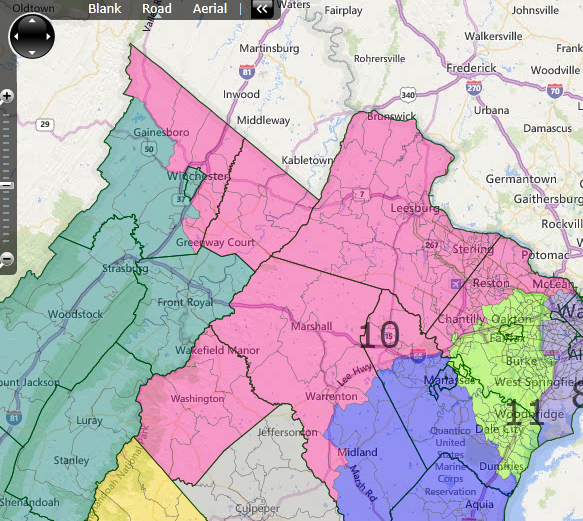 We believe this approach is in keeping with the court’s order, and with significant precedent outlining the proper scope of the court’s authority when conducting the redistricting itself.

Interestingly, the lawyers for the Plaintiffs in this case are led by Mark Elias, who, as Virginia’s Republican Congressional delegation points out in their brief, is “currently general counsel to Hillary Clinton’s presidential campaign and also represents the Democratic National Committee, Democratic Senatorial Campaign Committee, Democratic Congressional Campaign Committee, and the Democratic Governors Association.”  It is Elias who is fighting against efforts to publish all of the plans on the website of the Division of Legislative Services, which has traditionally hosted redistricting proposals for public inspection.  Apparently Elias doesn’t want the public to have a look (or have a say).

But, given that it’s a matter of public record, The Bull Elephant is disinclined to accede to Mr. Elias’ wishes.  Embedded below are the maps Elias does not want you to see. (Note: not all persons who filed plans filed easily publishable maps; the guts of most of these plans are in datafiles that require specialized software to visualize, which is where Legislative Services’ website should come into play.  What we’ve published are those plans to which we have easy access.  We’ll continue to examine the filings from other parties, and will have additional commentary in the coming days).

The Governor’s explanation for his plan can be found in his brief, embedded below. 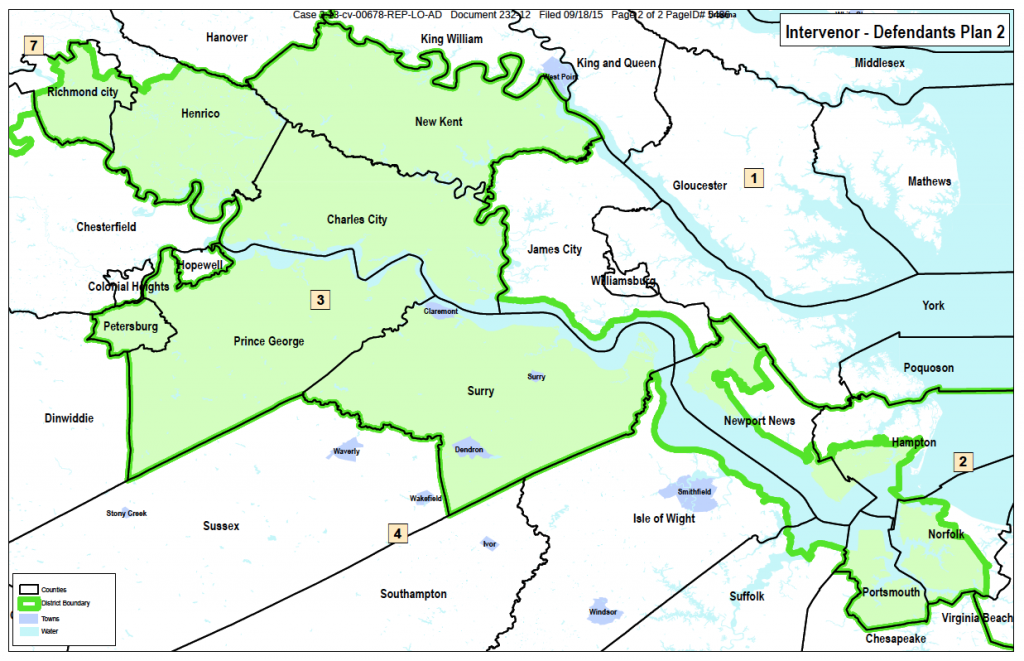 The Plaintiffs submitted maps together with their brief. However, the maps in their brief appear to not match up properly with the maps reflected in their underlying data. Honestly, we can’t tell just yet if that’s our issue or theirs, but if it’s theirs it may explain some of Plaintiffs’ reluctance to undergo public scrutiny.

Note the incontiguity of their proposed 3rd District (see p. 4), where the district is composed of three disconnected islands that abut only across a body of water, and where a person cannot travel to all parts of the district without crossing another district. This is clearly not in keeping with the requirements of the Virginia Constitution.

The NAACP’s maps are embedded in their brief.

As previously mentioned, The Bull Elephant is committed to providing full coverage and analysis of this story as it unfolds. Stay tuned in coming days for more maps, and more detailed analysis of what is currently before the court.

Kudos to TBE for this article, this is news we aren’t getting anywhere else.

I hope you’ll update this page with my plan once the Clerk scans the copy I signed and mailed in. Or if you have an email I could provide it to you.

Based on the previous Republican performances, Democrats will pick up eight seats in the US House of Representatives with that mapp.

That being said, this is a revised version of that map that would be acceptable to Howell & Friends.

Actually, I think that is an idea worth considering for the whole system. Scrap the whole districting debacles, and go to Congressional apportionment by state population. All congressmen would be at-large. Donald, that is a very interesting idea. Did you think it through and have the pluses and minuses to share?

I submitted a bare-bones rationale in my court filing. Maybe TBE staff can post that? I gave it to Prados. At-large districts have been used twice in Virginia history.

I plan to submit more information in either in response to opposition briefs or providing supplemental arguments to the Court, but alas I am not an attorney and have a steep learning curve to learn the rules of litigating.

Our plan is clearly the best, the others have districts that go all around Robin’s barn. Our lawyers are awesome! Wonderful job!

Certainly neither McAuffel nor Clinton give a fig about the Virginia Constitution as proven by their actions.