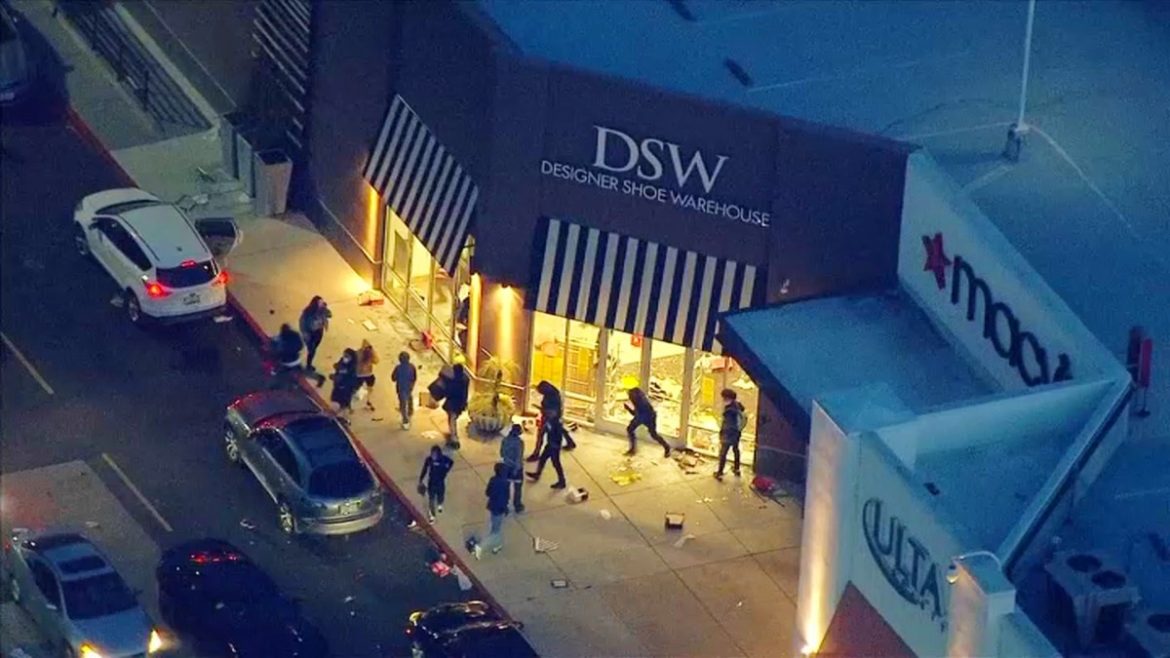 My buddy Al was humming and smiling at the counter when I entered his coffee shop last week. That cheerful mien, I have to say, is pretty unusual for Al, as he is often riled about some situation – especially if we’ve been discussing politics. Al has been in a year-long grump ever since Joe Biden sneaked in the back door behind truckloads of ballots that showed up in the dead of night.

But my recent visit encountered an unfamiliar, gracious Al. He beamed a great smile as he poured my customary immenso-sized, Triple-caffeine, Kona-Eruption Mocha-Java.

“What’s going on, Al?” I inquired. “Did you win a bundle on the ponies this week?”

“Heh, heh, heh – very droll,” he replied. “No, nothing so mundane or carnal. The sun is out today because I now realize that Good Old Joe might not be the dimwit I took him for. In fact, it looks like he might actually be on his way to solving some serious societal problems.”

I had to admit surprise. “Really? I had no idea,” said I. “Has he cured cancer? Or funded a chain of homes for wayward teens with bucks from Hunter’s China connections?”

“No, you knucklehead,” Al replied. “Haven’t you heard the news? Joe is actually solving the nation’s crime problem. It’s an absolute masterstroke. He was working on it all along, but we didn’t even realize it. We were all wrong about him. What a guy!”

Al had my full attention now. I was astonished. What on earth could he be talking about, and how could something that important be kept under wraps? Has Joe stopped the street-riots? I asked for more details.

Al replied that he first realized what was going on when he saw a news item about a city that was being victimized by a wave of lootings by gangs that rush into stores, smash the display cases, throw valuable items like electronic devices, leather goods or jewelry into large sacks, and vamoose – all in a few minutes. Sometimes they strong-arm customers who get in the way, but mostly they concentrate on rapid looting and fast getaways. Store cameras film the episodes, but the crooks can’t be identified because they all wear masks – undoubtedly in deference to the mayor’s COVID-mask mandates.

What attracted Al’s attention was the mayor’s angry statement blaming stores for the lootings. If all that valuable stuff wasn’t put out there in plain view, said Hizzoner, there wouldn’t be any looting. In other words, stores are “enabling” the crimes by displaying goods that attract people of larcenous intent. As any child could tell you, the obvious solution would be limiting such displays – and, in a wider sense, drying up commercial supplies altogether. Voila! No goods = no crime. (QED)

Al believes Joe Biden had this brilliant solution in mind all along, but never had an opportunity to implement it. In fact, his decisive shutdown of the Keystone Pipeline on his first day in office, plus other executive orders designed to cripple the petroleum industry, were experimental steps directed at solving our national problems with traffic accidents, injuries and fatalities.

The theory is that those undesirable occurrences – which cost billions of dollars and tens of thousands of lives every year – will vanish if automobile traffic can be eliminated. And what better way to do that than to make gasoline, oil and lubricants ruinously expensive, with the aim of drying up the fossil-fuel supply altogether. It would certainly end the inconveniences of the “family car” era: i.e., traffic-jams, smog, frustrating hunts for parking spots, young fools drag-racing on Main Street, and teens necking in the back seat.

Seeing how successful that first experiment has been in less than a year’s time, the Biden brain-trust have widened their scope to shrinking the supply of goods of all kinds – including foodstuffs, automobiles, tools, wine and booze, clothing, parts for machinery, and countless other items. In November, reports revealed over 160 container-ships lined up off the coast of Los Angeles, waiting for dockworkers to unload them. Evidently there weren’t enough crews to do the job, nor enough trucks to cart the unloaded containers to their destinations. Republicans said dockworkers and truckers had grown used to staying home and drawing unemployment checks. But sharp-eyed critics said the situation looked like a serious attempt to dry up supplies at every level.

“It’s brilliant,” said Al. “What better way to reduce obesity and increase personal health than to limit food supplies? And who will want to smash up a store if there’s nothing to steal? Even street-muggings will diminish when crooks realize that stealing money is useless because there won’t be anything to buy. All this time we we’ve been accusing Joe of being a mean ogre. But we were all wrong about him. He was finally putting his Secret Plan in motion. He’s been looking after us all along. What a happy day!”

I finished my cuppa joe and left Al’s place deep in thought. Al was so happy about his new-found faith in the ultra-caring Joe Biden that I didn’t have the heart to tell him that I had seen and heard that whole shtick before. On a vacation tour of Ukraine and Russia in 2007 I asked one of our guides what had caused the Soviet Union to collapse in the early 1990s. Was it lack of money? Lack of freedom?

Our guide – a well-traveled 50-something lady who had visited the USA numerous times – said neither of those factors caused the collapse. She said people had barrels full of money: “We were loaded, but there was nothing in the stores to buy.” Soviet authorities had set prices artificially low because it pleased the people. But manufacturers couldn’t make goods at those prices, so they produced nothing. “Something absolutely had to give,” she said. And finally it did.

It turns out that people will put up with all kinds of crack-brained governmental systems and actions, as long as none of it seems to touch them, personally. But when they can’t get food, clothing, cars, fuel, tools, and other items that make life livable, they become annoyed. And when they learn that government has deliberately caused those shortages and high prices, their annoyance boils over.

Good Old Joe’s “plan” – if that’s what it was – to stop crime, reduce traffic-problems, and help people to be less obese by shrinking supplies or eliminating them entirely, might have seemed brilliant to Al, but it defies reality. In Russia things finally blew up when people saw enough German and American TV-programs to realize that their own economic system was el crappo.1 Our jury is still out, but my crystal ball predicts the same result in due time.

Dénouement: Two weeks later I stopped in at Al’s place again. But the smiling, optimistic Al of a fortnight earlier was nowhere to be found. Nor was there any Kona-eruption Mocha Java. Al was seriously steamed (so to speak) because the coffee supplies he needed to run his shop were no longer available. He angrily denounced the “fools” who had messed up Biden’s Secret Plan to put things right.

“I never imagined that they would cut off the supplies that I need,” he groused, as he sloshed some brownish liquid of unknown origin into an unwashed cup for me. “Joe’s plan was perfect. How could things go so wrong? By jingo, this time they’d better get it right, or heads will roll!”

“Ƭобарищ! Kamerad!” answered a shabby group at a table in the corner, lifting their unwashed cups in salute. They had seen it all go to pieces before. But this time would be different.

“Be on your guard so that you are not carried away by the error of unprincipled men and fall from your own steadfastness.” (II Peter 3:17)

Wrong, the real plan is to destroy the middle class by destroying small business! Secondly the cargo supply chain issues are coming from China owned US ports!