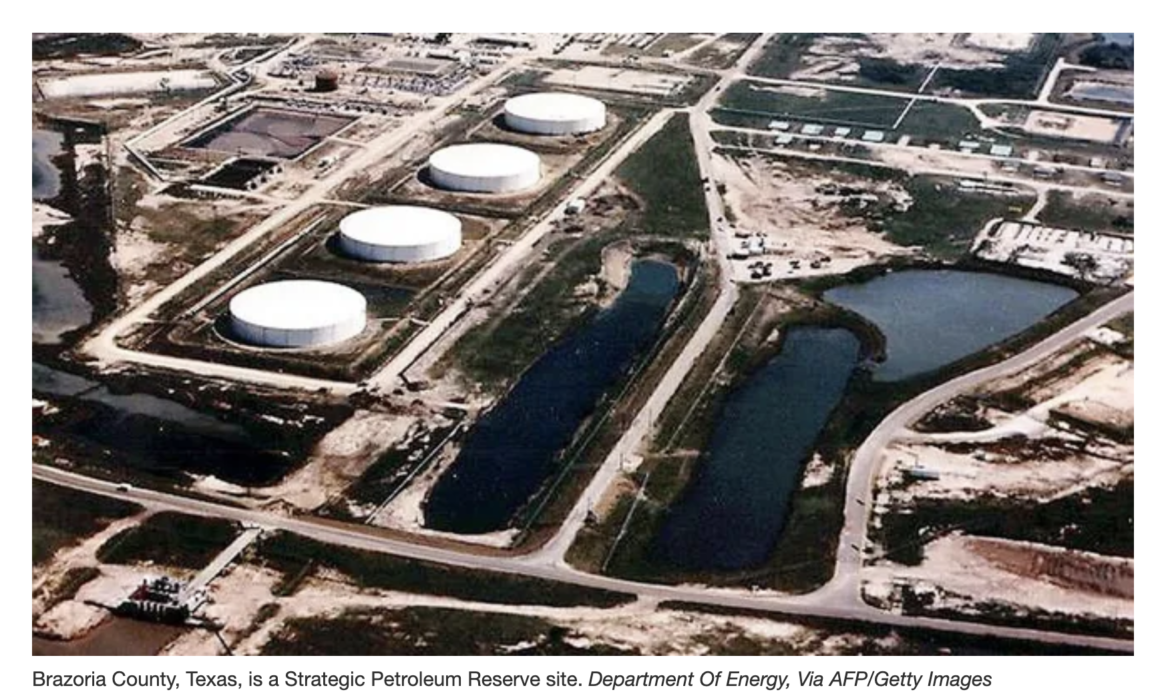 The Ship of State continues adrift

Recently the White House said it plans to release up to 180 million barrels of oil from America’s strategic reserves, a million barrels a day for 180 days, to help bring down near-record gas prices that were climbing before Russia’s invasion of Ukraine. This will be the largest release of oil from the U.S. Strategic Petroleum Reserve since it was established in the early 1970s. It should be noted that the Strategic Reserve is an “emergency” stockpile of petroleum created in 1975 after oil supplies were interrupted during the 1973–1974 oil embargo. It exists to mitigate future supply disruptions and should not be used as a political bargaining chip.

Biden’s Lack Of Strategy On Ukraine Shows He’s Got None For U.S. Either (thefederalist.com)

The release of oil is just the latest in a string of haphazard, impromptu policies that have sown confusion among our allies and projected weakness and indecision to the wider world.

Some fault Biden for not doing more to help the Ukrainians, some for doing too much and risking open war with a nuclear power. What these critics share, though, is the belief that Biden’s contradictory signals over the past month — halfhearted and constantly shifting military aid to Ukraine, the absence of any off-ramps for Russia, total economic war on Moscow have been more dangerous than any clear, consistent and integrated policy.

At this point, no one is sure what the Biden administration’s plan is to help end the war in Ukraine, what it thinks a stable peace might look like, or even if regime change in Moscow is really off the table as a matter of White House policy. Biden has announced no conditions for the easing of sanctions on Russia, and articulated no vision for how Ukraine might “win,” or what the end state might look like.

All this suggests that President Biden has no idea what the overriding American national interest is or what our national security strategy should be — in Ukraine or anywhere else. He seems only to have a vague sense that large and powerful countries should not invade their smaller and weaker neighbors. But when they do, how should America respond? What goals or national interests should guide our response? What should our priorities be? Biden and his advisors don’t seem to know.

They had better figure it out and soon. What we need now is that which we have least: clarity and resolve. We need clarity about our chief adversary, China, and the resolve to prioritize the containment of China above all else.

Indeed, we need not just a defense strategy to contain China but an integrated economic strategy as well. That includes policies aimed at U.S. corporations that do business in China, allies that trade with China, and indeed a wholesale reassessment of global trade and global supply chains. China is our only peer competitor, and without a laser-like focus on containing Beijing we will likely find ourselves before long watching another large country (the PRC)  invade a smaller one Taiwan). Déjà vu …

If that happens, let’s hope this time we will not be making it up on the fly. A clear and present danger is before us and a strong hand on the helm is required.

Biden’s strategy makes perfect sense if you accept that his mind is in a degenerative state. His policies are adrift because his mind is adrift. The federal government is incoherent because Biden is incoherent.

” because Biden is incoherent” So are you

Sticks and stones may break my bones, but November’s election is going to destroy you.

So, in 2014, Ukraine pissed off Putin with moving towards joining the EU. So, Putin annexed a slice of their country. So, last fall, Biden ok’ed Ukraine pursuing joining Nato. So, Putin rolled out the tanks and planes again. Look at the pictures of Ukraine. Do the pictures, (staged) match the media propaganda? Nope.

This whole war is a Joe Biden shit parade. Nancy Pelosi turned this country into shit in her last term as Speaker. This term, everything she didn’t burn down last time, well, no problem she has set it on fire this term..

This is all because of Trump couldn’t keep his f-ing mouth shut. I’m haven’t and will not vote for either Trump or Biden.

Keep in mind that there is a sizable Russian population living in Ukraine. They have division because of that. This is not our war. It’s a side show to keep the media focus of Biden and the Democrats.

Clarity and resolve. How much of that do you think will be in the NATO answer once Russia completes their pull back out of range of a silver bullet strike on Kiev? Will the politicians reply be an objectively thought out response, or maybe a reflexive push of the big salvo button, or perhaps it will be a diplomatic puking punch in the gut realization that it’s better it was Ukraine instead of us? Changing reality forces people and governments to make rapid choices no one thought they would ever have to make. Russia and China have made current contingency plans obsolete .

John, Lets agree to disagree my fiend and that is O.K. Best, James

I don’t agree to that, no

John, my apologies should read “friend” vs “fiend” my bad …and BTW i believe i know what our national security strategy should be having worked it for over 40+ years Thanks! James

lol………you can leave fiend in, I am fine with that 🙂