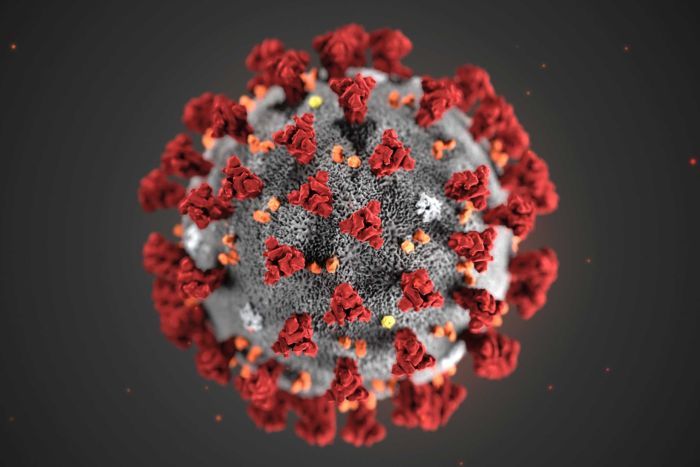 In Part 1 of my breakdown of the Spartacus Letter, I posted verbatim the description of what COVID 19 actually is.Â  The authors of the Letter make the case that COVID 19 is a blood disease not a lung disease, and that pneumonia is a secondary issue.Â  The authors also make the case that COVIDÂ  19 can present itself in many different ways in many different parts of the body.Â Â

In Part 2 of my breakdown of the Spartacus Letter, I posted relevant sections of the Letter that dealt with COVID 19 impact on the human body.Â  To me, the bottom line is if you are symptomatic in any strange way, get tested immediately.Â  Time is not your friend and hospitalization is all too often deadly.Â  Delay can leaveÂ  patients with long term physical problems.

In this Part 3 of my breakdown of the Spartacus Letter, I post, verbatim, relevant sections of the Letter that address COVID19 Vaccine dangers.  The short and long term repercussions of COVID 19 and vaccinations against it are most concerning.

â€œThe vaccines for COVID-19 are not sterilizing and do not prevent infection or transmission. They are â€œleakyâ€ vaccines. This means they remove the evolutionary pressure on the virus to become less lethal. It also means that the vaccinated are perfect carriers. In other words, those who are vaccinated are a threat to the unvaccinated, not the other way around.

All of the COVID-19 vaccines currently in use have undergone minimal testing, with highly accelerated clinical trials. Though they appear to limit severe illness, the long-term safety profile of these vaccines remains unknown.

Some of these so-called â€œvaccinesâ€ utilize an untested new technology that has never been used in vaccines before. Traditional vaccines use weakened or killed virus to stimulate an immune response. The Moderna and Pfizer-BioNTech vaccines do not. They are purported to consist of an intramuscular shot containing a suspension of lipid nanoparticles filled with messenger RNA. The way they generate an immune response is by fusing with cells in a vaccine recipientâ€™s shoulder, undergoing endocytosis, releasing their mRNA cargo into those cells, and then utilizing the ribosomes in those cells to synthesize modified SARS-CoV-2 Spike proteins in-situ.

These modified Spike proteins then migrate to the surface of the cell, where they are anchored in place by a transmembrane domain. The adaptive immune system detects the non-human viral protein being expressed by these cells, and then forms antibodies against that protein. This is purported to confer protection against the virus, by training the adaptive immune system to recognize and produce antibodies against the Spike on the actual virus. The J&J and AstraZeneca vaccines do something similar,but use an adenovirus vector for genetic material delivery instead of a lipid nanoparticleâ€ —-

â€œSARS-CoV-2 Spike is a highly pathogenic protein on its own. It is impossible to overstate the danger presented by introducing this protein into the human body.

It is claimed by vaccine manufacturers that the vaccine remains in cells in the shoulder, and that SARS- CoV-2 Spike produced and expressed by these cells from the vaccineâ€™s genetic material is harmless and inert, thanks to the insertion of prolines in the Spike sequence to stabilize it in the prefusion conformation, preventing the Spike from becoming active and fusing with other cells. However, a pharmacokinetic study from Japan showed that the lipid nanoparticles and mRNA from the Pfizer vaccine did not stay in the shoulder, and in fact bioaccumulated in many different organs, including the reproductive organs and adrenal glands, meaning that modified Spike is being expressed quite literally all over the place. These lipid nanoparticles may trigger anaphylaxis in an unlucky few, but far more concerning is the unregulated expression of Spike in various somatic cell lines far from the injection site and the unknown consequences of that.

Messenger RNA is normally consumed right after it is produced in the body, being translated into a protein by a ribosome. COVID-19 vaccine mRNA is produced outside the body, long before a ribosome translates it. In the meantime, it could accumulate damage if inadequately preserved. When a ribosome attempts to translate a damaged strand of mRNA, it can become stalled. When this happens, the ribosome becomes useless for translating proteins because it now has a piece of mRNA stuck in it, like a lace card in an old punch card reader. The whole thing has to be cleaned up and new ribosomes synthesized to replace it. In cells with low ribosome turnover, like nerve cells, this can lead to reduced protein synthesis, cytopathic effects, and neuropathies.

Certain proteins, including SARS-CoV-2 Spike, have proteolytic cleavage sites that are basically like little dotted lines that say â€œcut hereâ€, which attract a living organismâ€™s own proteases (essentially, molecular scissors) to cut them. There is a possibility that S1 may be proteolytically cleaved from S2, causing active S1 to float away into the bloodstream while leaving the S2 â€œstalkâ€ embedded in the membrane of the cell that expressed the protein.â€

â€œSARS-CoV-2 Spike has a Superantigenic region (SAg), which may promote extreme inflammation.

Anti-Spike antibodies were found in one study to function as autoantibodies and attack the bodyâ€™s own cells. Those who have been immunized with COVID-19 vaccines have developed blood clots, myocarditis, Guillain-Barre Syndrome, Bellâ€™s Palsy, and multiple sclerosis flares, indicating that the vaccine promotes autoimmune reactions against healthy tissue.

SARS-CoV-2 Spike does not only bind to ACE2. It was suspected to have regions that bind to basigin, integrins, neuropilin-1, and bacterial lipopolysaccharides as well. SARS-CoV-2 Spike, on its own, can potentially bind any of these things and act as a ligand for them, triggering unspecified and likely highly inflammatory cellular activity.

SARS-CoV-2 Spike contains an unusual PRRA insert that forms a furin cleavage site. Furin is a ubiquitous human protease, making this an ideal property for the Spike to have, giving it a high degree of cell tropism. No wild-type SARS-like coronaviruses related to SARS-CoV-2 possess this feature, making it highly suspicious, and perhaps a sign of human tampering.â€

â€œSARS-CoV-2 Spike has a prion-like domain that enhances its infectiousness.

The Spike S1 RBD may bind to heparin-binding proteins and promote amyloid aggregation. In humans, this could lead to Parkinsonâ€™s, Lewy Body Dementia, premature Alzheimerâ€™s, or various other neurodegenerative diseases. This is very concerning because SARS-CoV-2 S1 is capable of injuring and penetrating the blood-brain barrier and entering the brain. It is also capable of increasing the permeability of the blood-brain barrier to other molecules.

SARS-CoV-2, like other betacoronaviruses, may have Dengue-like ADE, or antibody-dependent enhancement of disease. For those who arenâ€™t aware, some viruses, including betacoronaviruses, have a feature called ADE. There is also something called Original Antigenic Sin, which is the observation that the body prefers to produce antibodies based on previously-encountered strains of a virus over newly- encountered ones.

In ADE, antibodies from a previous infection become non-neutralizing due to mutations in the virusâ€™s proteins. These non-neutralizing antibodies then act as trojan horses, allowing live, active virus to be pulled into macrophages through their Fc receptor pathways, allowing the virus to infect immune cells that it would not have been able to infect before. This has been known to happen with Dengue Fever; when someone gets sick with Dengue, recovers, and then contracts a different strain, they can get very, very ill.

If someone is vaccinated with mRNA based on the Spike from the initial Wuhan strain of SARS-CoV-2, and then they become infected with a future, mutated strain of the virus, they may become severely ill. In other words, it is possible for vaccines to sensitize someone to disease.â€ —-

â€œBy inoculating people with a vaccine that causes their bodies to produce Spike in-situ, they are being inoculated with a pathogenic protein. A toxin that may cause long-term inflammation, heart problems, and a raised risk of cancers. In the long-term, it may also potentially lead to premature neurodegenerative disease.â€

This Part 3 article, taken from the Spartacus Letter, has focused mainly on the negative implications of the mRNA vaccines.   Specifically outlined were the prospects that such vaccines not only create inflammation and add to infectiousness but have disease producing and pathogenic capabilities.  Part 4 will address transmission of the disease and whether attempts to prevent transmission are effective.

Nebraska AG now says d9ctors who prescribe ivermectin and HCQ will not be prosecuted for malpractice.

VAERS data base is Under reporting severity of COVID vaccination problem by a factor of 41. The CDC and FDA are aware.

One of my neighbors is a young family man. He, wife and son had just moved to the area. Out of the blue his woke corporation demanded that all employees must take the COVID vaccination. Faced with economic disaster, he took the shot. Three days later he started having breathing and fatigue problems. He was diagnosed with myocarditis, and spent three weeks in misery. Way to go socialists.

Another neighbor was given the vaccination, but as she was waiting for her 15 minutes after shot waiting period, another woman suddenly turned bright red and started gasping for air. The nurses immediately took her out of the waiting room for emergency medical care. Way to go socialists.

So says the Williamsburg Angel of Deathâ€¦

As I thought, you donâ€™t read the news.

The leading cause of deaths for Police Officers in the US isâ€¦ Covid. Not only are you not really pro-life you wish to kill cops.

And yet here is an article that discusses the COVID situation and why treatment is important. You obviously eschew any and all treatment options so what you have to offer is zilch. By the way, how many fully vaccinated officers died of COVID. Just might be relevant.

Meh, eh..?? Thatâ€™s what I figured you would say. Anti-police and pro-death Conservativeâ€¦

And yet you have no answer.

This stat you cite quoted from CBS, does not fully explain itself. Most of the law enforcement deaths from covid were prison guards who count under law enforcement totals. And they occurred in 2020 before they knew much about how to treat it. And do you know much about the justice system Eric? Prison guards are usually not the guys and gals in the best shape physically… it is a job that trends towards obesity.. So you have the counting issues for covid Eric.
George Floyd died from Covid then…

Wrong, Stoner. Of the 356 line of duty deaths in 2021, 228 (by far the largest number of all causes) were due to Covid. The Conservative anti-vax campaign is killing copsâ€¦ stillâ€¦

What the troll has done is what he always does – distract and then lie.

Since Aug, 430 employees have tested positive for covid in the Polk FL school district, and 17 of them have died.

School boards in Florida are powerless to react. This is the future â€œDrâ€ Warren seeks here in Virginia.

Typical of a communist or socialist tyrant is the utter contempt for opinions other than their own. Not unexpectedly, you display here a lack of intellectual honest and certainly lack intellectual curiosity. People like you have infected the education systems and now the pushback is occurring. You fear individual freedom and have embraced slavery. You are a useful idiot.

The truth will set you free. Well in your case – not so much

Just another anti-vaxxer post by “Dr.” Warren (aka the Williamsburg Grim Reaper)….

No Christmas for you.