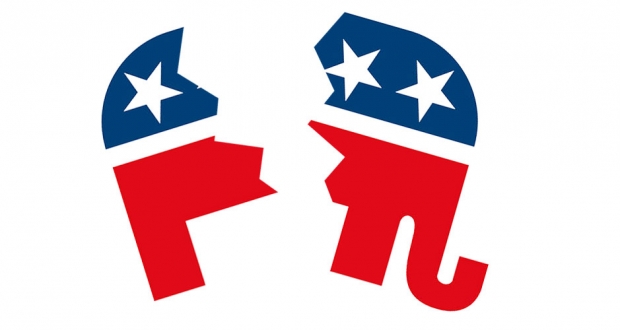 Most folks understand that when something is broken you only have two choices. Fix it or replace it.

The Republican Party in Virginia has been broken for a long, long time.

Early this year I wrote about the urgency of returning to block and tackle politics. Itâ€™s no more than basic politics 101. The mechanical, hard things that have to be done from the precinct level up to win elections. Once done, the hard work at the precinct, county then statewide level become the transmission belt for ideas and policies that inspire and build movements. They reflect who we are, and what we believe in.

Nowhere in Virginia is this more necessary than in its largest county, Fairfax, at just over one million residents. In a little more than a generation it has gone from pale red to bold blue. Some have argued that the massive demographic change alone in Fairfax County makes losing a forgone conclusion â€“ and permanent.

Perhaps. But are we really ready to dismiss the Partyâ€™s losses so cavalierly?

But to ascribe all of the political woes of Fairfax Republicans to demographics diminishes our new residents, and inherently calls into question the real world value of our own constitutional heritage, and the ideals of personal liberty and economic freedom.

Are we to believe that none of these new â€œdemographicâ€ voters came to the United State expressly to get out of the less free â€“ and therefore less prosperous countries â€“ they came from, many fitting the Presidentâ€™s alleged, but now famous description? Do the ideas and values of the American experiment not motivate any of them?

The truth is that weâ€™ll never know until we try.

But, even if all of the above is mostly true, do Republicans meet the future on their knees, broken and defeated? Or do they fight like they have freedom to lose?

I certainly donâ€™t have all the answers, but I do know that if we donâ€™t return to real block by block, precinct by precinct politics, then all is lost. In Fairfax County on March 17th, Republicans have an opportunity to do just that by electing a new County Chairman.

Republicans have a choice â€“ they can continue doing what they have been doing – because it has worked swell.

Or, they can elect a new Chairman who wants to break some eggs and make a new omelet.

Two men (both of whom I know well) are running.

Mike Ginsberg, is a former 8th Congressional District chair who has since married, had a child, and moved into Fairfax County. He would bring to the job a congenial personality and a portfolio of supporting middle of the road, go-along get-along politics. In the campaign for Chairman he has progressed from no platform or detailed â€œto doâ€ list to, now, mimicking his rivalâ€™s detailed plan for Fairfax county.

The biggest downside is that Mr. Ginsburg would be a part-time Chairman – at best. More likely he would chair a monthly meeting. Heâ€™s a father to a young child and the Senior Counsel to a major area government contractor; realistically, how much time could he spend bringing change to the Fairfax Republican Party? Very little, obviously.

The other choice is a retired Marine Corps veteran and corporate executive, Tim Hannigan, who is the editor of the Fairfax Free Citizen and conservative activist. Tim, who ran for Chairman unsuccessfully two years ago, has prepared a detailed, precinct by precinct plan for the type of nuts and bolts rebuilding that is, really, the last hope for salvaging Fairfax County and capturing new voters.

His biggest upside? Mr. Hannigan has pledged to be a full time Chairman, devoting the next two years to putting his bold and detailed plan in place and raising the money required to put run a fulltime party operation.

This single election to the Fairfax County Chairman will either cement the trajectory of the Fairfax Republican Party into further irrelevancy, if that is possible. Or, it will be the first step in building a serious party. But, only a first step.

The Fairfax County Republican convention will elect the new chairman on Saturday, March 17th. You donâ€™t need to be a member of the FCRC to vote, but you do need to be a delegate registered for the convention. Register here: http://fairfaxgop.org/2018-convention/

Spike and I are supporting Tim Hannigan because we feel he is the best candidate to move the Fairfax County Republican Committee forward. He will also be able to unify and bring back the many grassroot volunteers who have left the committee. Please share with your friends and family who live in Fairfax County and ask them to become a delegate and vote for Tim on March 17th. Feel free to email me for a delegate form. Thank you!
~ Julie ([email protected])

I have been part of a committee since February, 2017 meeting two to three Sunday afternoons a month to analyze the systemic problems that plague the Fairfax Country Republican Committee (FCRC) and design and plan solutions to those problems. The committee has 20 full time members and several part-time members.

FCRC has had about ten years of slowly circling the bowl, which is not a good trajectory. There are many practices that need improvement and many functions that are not being performed. One glaring bit of information is the approximately 32% of Fairfax’s 244 precincts have identified precinct captains. The list I saw has entire magisterial districts with no one at the precinct level, much less any organized approach to training and proactively managing what few precinct captains that are in place.

Mr. Ginsberg has been the Chief of Operations for FCRC for around six months. If this is an example of his leadership, FCRC will be continuing to circle the bowl for the near future.

That is why the committee, volunteers, elected officials, and concerned citizens, especially in Fairfax, have shown their full support for TIm Hannigan. Join all of us in supporting TIm Hannigan’s campaign for Chairman by going to http://www.hanniganforchairman.com . We need a full-time Chairman that is dedicated to altering FCRC’s political direction.

TBE has been sent a response to this opinion piece by Mike Ginsberg. Will they be impartial and post Mike’s response?

Just like the Fairfax County Republican Committee was impartial and allowed Tim Hannigan to respond to their misleading email titled “misleading telephone calls”?

Julie – Tim Hannigan’s callers purposely stated they were calling from FCRC. Even after requesting the campaign to stop, this continued. How does this equate? I just asked to TBE to post Mike Ginsberg’s response to the question being raised about time dedicated to FCRC. Here is his response since TBE does not want to post:

Mike Ginsberg on Family and Leadership

A handful of folks have asked me whether, as a father of a young son and a senior attorney at a major defense contractor, I would be able to give the necessary amount of time and energy to the position of FCRC chairman. Iâ€™d like to address this concern, because as voters, you deserve an answer.

My opponent and his surrogates have made this a central talking point of their campaign. One surrogate flatly claimed I wonâ€™t be able to do the job as well as my opponent because I have a family. Another claimed that â€œobviouslyâ€ I could spend â€œvery littleâ€ time bringing change to FCRC because of my job and family. How this is â€œobviousâ€ to them is beyond me; they know neither my family nor my schedule.

What a disappointing argument for a Republican. Itâ€™s true â€“ I have a wonderful family and a great job. Iâ€™ve been active in Republican politics since 2005 and never â€“ not once â€“ has having a family and a job been used to attempt to disqualify someone from being a party leader. Until now. How disappointing.

Last I checked, the Republican Party is the pro-family party. We encourage strong nuclear families. We encourage having responsible jobs. We support strong non-government institutions, such as PTAs, religious groups, and local political parties, as the backbone of American civic life, as Alexis de Tocqueville identified way back in the 1800s. Most important, we encourage those with jobs and families to participate fully in civil society.

Frankly, this argument is transparently opportunistic. The Virginia GOP has never made this a test for office. Ken Cuccinelli, Jill Vogel, and John Adams all had private law practices and young families when they ran for statewide offices. Several of my opponentâ€™s surrogates had jobs and families when they ran for office and held party leadership positions. I strongly doubt my opponents held these facts against any of these candidates. Even President Trump has an 11-year-old son.

We must reconnect with young suburban families to tell them they have a home in the Republican Party. The worst message we can send is that jobs and children disqualify someone from party leadership. We need to encourage young leaders, not signal to them they are too busy to lead.

Those who have worked with me in local Republican activism over the last decade know I have a vision of what the Fairfax GOP needs to succeed. Iâ€™m not running to maintain the status quo. I run to build a party for victory this fall and to prevail in the all-important 2019 elections and beyond, to expand our General Assembly majorities and reclaim seats on the Fairfax County Board of Supervisors and School Board. I know politics is not about how much time one person can devote to the party; itâ€™s about who can orchestrate, inspire, and lead a team to victory.

As a Fairfax County taxpayer with a young family, I care deeply about the direction of the county and its school system. Far from impeding my serving as FCRC chairman, my son motivates me to get involved and fight to protect his future. Iâ€™m certain this is true for many Fairfax families, and we should welcome them into our ranks, not tell them they donâ€™t have the time to be leaders.

Iâ€™m excited to get to work to bring everyone together for victory. I look forward to seeing you at the FCRC convention on March 17!

Sounds like Tim Hannigan is the man that Fairfax Republicans need now.
Showmasters Gun Show will host The Nation’s Gun Show at the Dulles Expo Center in Chantilly Feb 9th – 11th.I have heard that this is the best gun show in Virginia and one of the best on the east coast. I have never been to it so I do not know if NOVA Republicans have a table at the show. If not you should start..

I’m in. ‘ll be headlining a fundraiser for Tim next week!

Done! Consider it one more vote for Mike Hannigan!