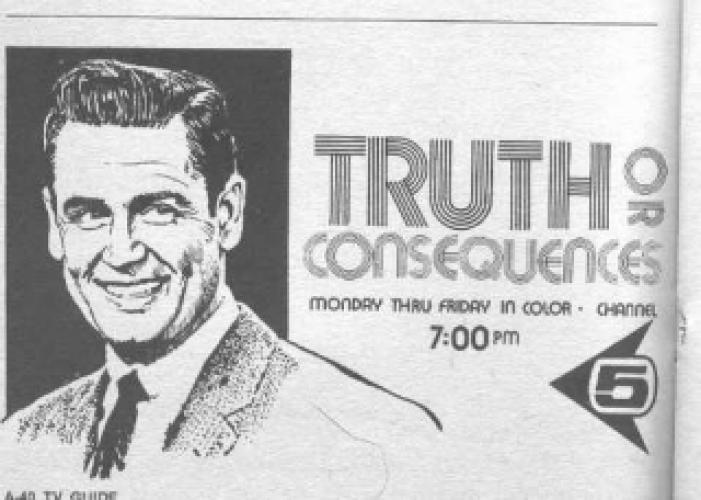 I suspect several of you can remember the radio and later television show Truth or Consequences which ran from 1940 â€“ 1988 making it one of Americaâ€™s longest running game shows.  Contestants received roughly two seconds to answer a trivia question correctly before the buzzer sounded. Failing to tell the  “truth” meant that the contestant had to face the “consequences.â€

As we approach the one-year anniversary of the Biden-Harris Administration I believe it is prudent to assess some of the â€œtruthsâ€ President BidenÂ  espoused during the campaign and subsequent actions taken by hisÂ  administration to determine if there are any justified consequences.â€

First, the central theme of his campaign was that he was going to â€œbeat COVID.â€ As he stated during the campaign â€œToday, the trajectory of COVID-19 in America is headed in the wrong direction. In some parts of the country, the test positivity rate is climbing, hospitalizations are skyrocketing, and testing sites are overwhelmed. Donald Trumpâ€™s catastrophic failures of governance have led to tens of thousands of needless deaths and economic pain for tens of millions of Americans. We are only four percent of the worldâ€™s population, yet we have 25 percent of the worldâ€™s cases and deaths. And the United States is barely better equipped to manage the threat of COVID-19 today than we were six months ago. Every day that Trump wastes not acting, he squanders the sacrifices of the American people and sets our response and recovery back even further.â€Â

So, let’s fast forward a year – the number of deaths under Bidenâ€™s watch has exceeded that of the Trump Administration there is no end in sight. Have we beaten COVID? I think not and his administration continues to flounder meanwhile our health, economy, and childrenâ€™s education continue to suffer as a result of inconsistent and failed policies. There is no end in sight.

Biden Pledges to Unify, Not Divide US in Address to Nation (voanews.com)

Second, Biden pledged a return to normalcy and to unify the country. Upon being declared the winner he pledged to be â€œa president who seeks not to divide but unifyâ€ the country during his address to the nation. Echoing earlier speeches, Biden said it is â€œtime to put away the harsh rhetoric, lower the temperature, see each other again, listen to each other again.â€ He urged his supporters to reach out to those who didnâ€™t vote for him, and he acknowledged the disappointment of those who support President Donald Trump. I’ve lost a couple times myself,â€ he said. â€œNow, letâ€™s give each other a chance.â€ Nice words but if anything, he has pitted neighbor against neighbor and further divided the country.

His latest Georgia voting-rights speech was not helpful in forging bipartisanship nor restoring normalcy to the nation. I suspect many who voted for him not to become the next Franklin D. Roosevelt in pushing for major changes and transformation in government but rather to move away from the â€œtumultâ€ of the Trump administration. In reality after being in office for less than a year he has only exacerbated divisiveness and partisanship as we continue to see policy and programs that are not accepted by the majority of the American people.

Third, foreign policy. For someone who was the chairman orÂ ranking memberÂ of theÂ Senate Foreign Relations CommitteeÂ for twelve years, one would think he would have a steady and seasoned hand in navigating the ship of state through the shoals of international diplomacy. Unfortunately, quite the opposite is true. From our disastrous withdrawal from Afghanistan to the current standoff over Ukraine his administration has consistently demonstrated a lack of clear direction and decisiveness. Consequences ofÂ  Bidenâ€™s failed foreign policies have led directly lead to the border fiasco, the China crisis, and the Middle East crisis.Â

In spite of the â€œtruthsâ€ spoken before and once in office, the consequencesâ€ of the Biden-Harris Administration are solely responsible for aÂ  nation divided more than ever and still with an ongoing epidemic that was to have been beaten soundly. Inflation is at an all-time high, his misguided policies are responsible for the border crisis, the education crisis, the supply chainÂ crisis, the crime crisis, and the crisis in the faithÂ of our elections. Bidenâ€™s record-low approval ratings even among his own party speak to the frustration and angst of many Americans.

I suspect the real â€œconsequenceâ€ of his Administrationâ€™s ineptitude and false promises will be manifested during the coming mid-terms. One can only hope that the American people will reject the â€œtruthâ€ and those in power will suffer the consequences.

Anything specific you disagree with, or is name calling all you have when you know the facts aren’t on your side?

Omicron gives people headaches not pneumonia. Covid has been a blood agent from the start.

Biden is an abject failure as president, at least after his first year. The left has no factual counter to the truth of that.

Name calling is all he has. Never actually commits to a position. Just spews foul mouthed short garbage words. Claims his wife is a teacher.

“claims”? Are you insinuating something?

His so called “experts” Faux Chi (Com) fudged up in their arrogance. Covid is a respiratory disease that is going to cycle its way for years. They thought they had a solution and tell me if you don’t know a vaccinated person who got Covid… or many. Faux Chi is a schmuck. I would dump his slimy little ass if I were Dopey Joe. And just admit you can’t control it… dump all the horsecrap mandates and move on with it. Get the boosters to the elderly and let the young get it and get natural immunity… they aren’t going to die anyway. Continuing the focus on it is just plain stupid… but keep it up Joe and your Democrat fools!

Most of the folks I know who have been vaccinate and even boosted have had COVID. In addition, I know of three people who have had serious COVID vaccine side effects – one with myocarditis.