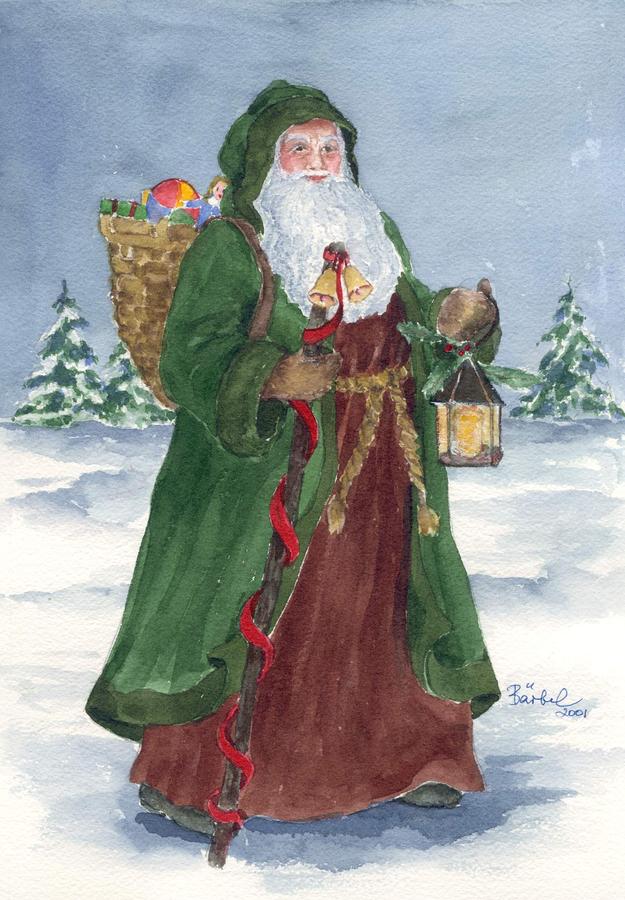 Christmas has become a 4-letter word in America. I don’t mean the common abbreviation, Xmas, but the reality that the name of the day commemorating the birth of Jesus Christ is increasingly unwelcome in public discourse. Soon public mention of Christmas might vanish entirely.

What used to be called the Christmas Season is now generically called The Holidays. The greeting, Merry Christmas – once on the lips of every clerk, doorman, or neighbor during December – has morphed into Happy Holidays.

Courts have banned Christmas symbols from government-controlled spaces. Christian symbols have been purged from government schools. (Didn’t they used to be “our” schools?) And a rich cultural heritage of Christmas celebration and meaning – passed down over centuries to nations, families, and individuals – is being officially forgotten in the nation that once wrote the book on religious freedom.

How have we nearly lost Christmas? Can we get it back? And do we want to? These are questions worth addressing in AD 2021. Christian symbols and values are being purged from the public life of the Republic. The de-Christianization of America is nearly complete.

How did we let Christmas slip away?

Wasn’t it just days after the terrorist-catastrophes of 9/11 when the President, his cabinet, the Congress, Justices of the Supreme Court, and other high officials gathered solemnly to worship in the Washington Cathedral? They asked for God’s mercy and guidance. “O God, our help in ages past/Our hope for years to come…” sang the mighty of our land in a stirring chorus of faith.

Wasn’t that the God of the Bible? The same God whose Commandments may no longer be displayed in an Alabama courthouse? The God whose son, Jesus Christ, founded the day we once called Christmas? – but whose name is now considered offensive to American ears if spoken in any way except as profanity?

Yes, it was that God. We usually remember Him only when the bad guys are coming down the chimney. God has imprinted Himself on our nation. He made us what we are. We seek Him – not Buddha or Allah or Vishnu – because, deep down, we know He is the Real Deal.

How, then, did we let the name and public celebration of Christmas slip away? As in so many instances, we were careless and non-vigilant. We didn’t contend for Christmas; we didn’t want to “make a scene.”

Should similar attempts be made to suppress any aspect of Judaism, I can assure my readers (being part-Jewish myself) that we should never hear the end of it. Outraged Jews would discard all pretense of civility as they united against the tyranny. (Through bitter experience they have learned not to remain silent in the face of oppression.)

But Christians are meek and polite. They don’t want to offend anyone. (Such nice people.) And so, one by one, the great traditions, symbols and names of their faith have been surgically extracted by unaccountable courts. Meanwhile, our elected representatives have sat idly by, claiming that these matters are “out of their hands.”

Can we get Christmas back?

The courts have been a sore point with Christians since the 1960s. Only recently was the Supreme Court’s fifty-year assault on both the Constitution and Christianity halted by President Trump’s appointment of three conservative justices to the Court. During the Court’s long anti-Christian jihad, politicians, journalists, and most pundits delicately avoided mentioning that while state legislatures and the Congress can restrict the purview of state and Federal courts, they have not chosen to do so. Matters are not, in fact, out of their hands. Only the political will to restrain the iron hand of the courts was lacking.

That will must come from the people. It is what government of the people, by the people, and for the people means. It also answers the question of how we can regain free exercise of our faith – including restoration of Christmas to its place of honor in our nation. At the end of the day, the Proverbial Buck stops with us.

No Deliverer will recover Christmas for us. We don’t have Deliverer-government. We have republican government (note the lower-case “r”). Our laws are passed by elected representatives and approved by the Executive (or enacted over his veto by a legislative supermajority) It’s an ungainly system. Enacting controversial law is very difficult.

But this is the government we have – the one written in the Constitution. And, as the Founders knew, the Wild Card in the deck is The People. Only we can exert enough pressure to spur the Congress (or the legislature) into action – to pass legislation or to restrict the purview of the courts. Only The People can give these legislative bodies the backbone needed to undo the courts’ half-century deconstruction of our society and our Constitution.

All that is the polite solution to the Christmas problem – the way nice people make changes in our society. People on the political left don’t do this. When they’re upset about issues, they hit the streets. They knock things over and set fires; they call officials rude names; they get arrested and have to be carried away; they keep on until they get results.

Leftists don’t mind disobeying the law.  If they disagree with legislation or a court ruling, they ignore it. For example: California Initiative #209, prohibiting racial bias in state hiring and university admissions, is circumvented by liberals who believe the ruling was wrong-headed and “immoral.” In justifying this opposition, Jewelle Taylor Gibbs, UC Berkeley Professor Emeritus of Social Welfare, said 209 preserved “…long-standing advantages of the white population.”

For people committed to opposing a cause, a contrary law or judicial ruling is not the end. It is only the start of a long march of resistance, disobedience, subversion, and expected triumph.

When the nice people step out of character to become activists, the establishment is shocked. An incident during the Florida Recount which followed the 2000 Presidential election showed this. A crowd of white-collar demonstrators invaded a county office building where a controversial recount of votes was underway. They made a lot of noise, but there was no violence. Intimidated officials bailed out, and the recount halted.

News commentators were visibly shaken as they watched footage of well-dressed demonstrators – they called them “rioters” – shouting and waving signs. How dare these Republicans use tactics that belong exclusively to the left? How dare they make a scene?

Evidently, about 100 Florida people decided at breakfast that morning that they had to do something to stop the election from being stolen. A handful of people willing to make a scene probably saved Florida (and the Presidency) for George Bush.

More recently, of course, a protest on January 6, 2021, by several hundred people who believed the presidential election had been stolen, provoked complete panic among Democrat lawmakers who had no problem with an entire year of destructive riots conducted by leftists in 40+ major American cities. (Didn’t those DC-protesters know that only leftists get to do this?)

Do we want to re-establish Christianity and Christmas?

This brings us to the key question: do we really want to reclaim free exercise of Christianity – symbolized by Christmas – in America? It recalls something my old coach said: ‘Saying you want to win is easy. It’s also meaningless. The real question is whether you are willing to do what it takes to win.’ How much we want something influences what we are willing to do to get it. In 2021, being nice and working politely through the system might not be enough.

After World War II, blacks worked hard to change a social system that was biased against them. They didn’t care how many nasty names people called them. They didn’t act nice. And they didn’t give up. If Christians don’t like modern society’s treatment of their faith – and they shouldn’t – they can take a lesson from civil rights activists. They will have to compute how much they care. And they will have to decide what they are willing to do.

To reverse the elimination of Christianity from public life, Christians will have to do more than leave the fight to “others” and hope for the best. We are the others. If we do nothing, things will slide inexorably downward. And if we’re worried about losing our “niceness,” we should consider that if Christians had relied on the nice approach in the 1860s, blacks might still be chopping cotton down south. There is a time to contend for great issues.

If things continue unchanged, public school students fifty years hence won’t know that America was founded on Christian principles and had a strong Christian framework for 170 years. All mention of this will be gone from history texts. Many students will not know what Christianity is, but will know all about Islam, Wickam, Hinduism, Taoism, and Kwanza. December will be a charming season of lighted trees, elves, sleighs, and gifts. The name, Jesus Christ, will be used only as profanity. (Some might wonder who he was.)

Indifferent secular Americans – busily tracking their investments, driving SUVs, and watching their giant-screen TVs – might have convinced themselves that dismantling the nation’s Christian framework is of no consequence. But they are mistaken. Here is the dismal record:

By this time, hopefully, no Christians are still saying, “that’s ridiculous.” It’s here. It’s happening. It’s a nightmare, but we can’t wake up. No Biblical standard remains to stem the tide. The Constitution is just a “scrap of paper” subject to Supreme Court “interpretations.”

Christmas is much more than a warm, nostalgic link with our past. It is not about candy canes, fir trees, or a miniature sleigh and eight tiny reindeer. National celebrations of Christmas were the outward sign that we were a “nation whose God is the Lord.” Our Faith produced care for the needy, protection for the helpless, defense of the oppressed; it flavored our culture with civility, decency, generosity, order and safety. It was the Breastplate of Righteousness, the terrible, swift sword of justice. It was the Breath of the Lord that melted all the hosts of the wicked.

Who (or what) will take the place of God and the Faith of our Fathers? G. K. Chesterton, the great Christian apologist, warned that a dangerous time lay ahead – not because men believed in nothing, but because they would believe in anything. That time is here.

Thank you Woody! Comprehensive and well-written. You cover so much of what gives me deep grief these days. I keep quoting Os Guinness to myself: “God is greater than all. So God may be trusted in all situations. Have faith in God. Have no fear.” These words give me comfort. However, must these trends occur before the last days, the return of Christ? As Christians, should we be fighting back? How should we be fighting against these destructive trends?

Woody, you really mite want to consider investigating the complete history of “Christ Mass”, or, Christmas, as you call it. Personally, I’d like to see all holidays done away with. But, “they” seem to want everyday to be a holiday….

So the hour of the time is near?