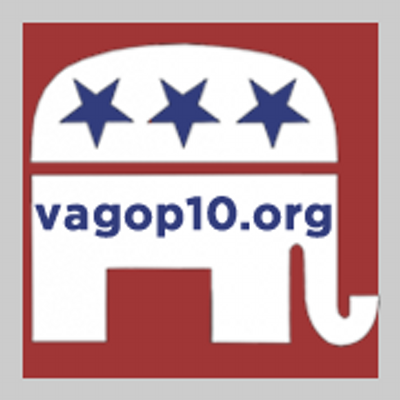 Puneet Ahluwalia was ‘deemed to have resigned’ from the 10th district State Central Committee after attending only one meeting last year.  At last night’s 10th district committee meeting, Puneet argued that he should be reinstated to his position on SCC.   He believes it’s important to keep minorities like him on the committee to help bring more minorities into the party.  He was unaware that attending SCC meeting was mandatory and he promised to attend the meetings in the future.

The longtime activist, and current Vice Chair of the 10th district,  Julie Williams, challenged Ahluwalia for the seat.  Williams was previously on the SCC in the Presidential seat which was lost this year when Republicans failed to carry the 10th district for President Trump.

Julie Williams prevailed on a 12 to 3 vote and will replace Puneet Ahluwalia on the Republican State Central Committee.

Following Chairman Jo Thoburn’s resignation from the committee, the committee elected a new Chairman, Andrew Nicholson of Clarke County.  That left vacant his seat on SCC as the 10th district representative.  Sharon Ashurst, current Chairman of Manassas city chair and longtime Loudoun activist Jim Huber ran for the seat.  Ashurst won the seat on a 9 to 7 vote.

I miss Loudoun County being red.

Haha, So it would appear.

Is your report of Ms. Ashurst’s comments accurate, or are you just bitter that your favored candidate was unsuccessful?

1. You have no idea who I preferred. 2. My comments were accurate. 3. I have nothing to be bitter about.

I have deleted that part of the post. You do realize I know who you are, right? In the future, please email or call me if I have written something inaccurate. Thanks

I can tell from your previous post on the subject, which candidate you favored.

I agree! We all knew who you supported too. Congratulations to your friend.

Perhaps, but I don’t make unsubstantiated claims or misquote republicans. What was your intent? Was it to damage the character of Comstock or Ashurst?