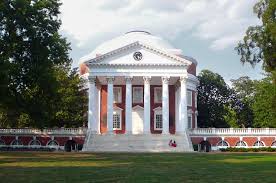 UVA Raising Tuition, Making It One of the Most Expensive Public Universities

The University of VirginiaÂ Â will increase tuition by 11%Â for incoming freshmanÂ making it one of the most expensive public universities in the nation. Incoming freshman will payÂ $14,468 in tuition. [read_more]With fees, books, room and boardÂ and expenses, it will cost an incoming freshman $28,344 to enroll at UVA. Tuition varies based on the collegeÂ within UVAÂ with the Commerce school and the Engineering school being more expensive than the College of Arts and Sciences. Out of state students will be paying about $60,000 per year, including room and board.

Undergraduate students currently enrolled at UVA will see a tuition increase of 3.6 percent.

These increases will allow the University to set new limits on the amount of money they will expect low income students to borrow. Â From the Washington Post,

Previously, certain Virginia students from low-income families were expected to borrow up to $14,000 to finance their education. Now that total will be lowered to $4,000. Other students from middle-income families, who had a debt ceiling of $28,000, will now have a cap of $18,000.

More on the tuition increases at UVA here and here.Â

UVA Raising Tuition, Making It One of the Most Expensive Public Universities was last modified: March 26th, 2015 by Jeanine Martin

So, let me get this straight, inflation is practically non existent, pay checks increased about 1% from 2011-13.

However, the cost of tuition goes up 11% at UVA. Nothing new here.

Is uva (not UVA) nothing but an overpriced, “troubled” institution, where the rich and politically connected are shepherded down easy street to a a faux, drunken, party filled, taxpayer subsidized education?

Say it ain’t so. Demand an investigation by our corruption filled General Assembly.

Possibly let Bob McDonnell, and Joe you know who run the investigation.