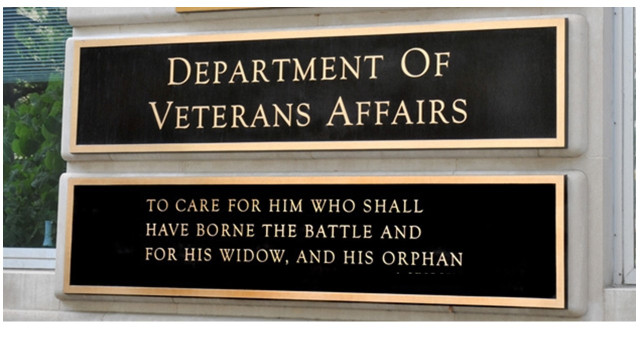 The suicide of a 76-year-old Navy veteran in the parking lot of a Veterans Administration hospital after being denied emergency care is just the latest shock coming from the government health care system set up specifically to ensure that our nation’s returning warriors get treatment they need and what was promised to them.

The latest VA related death occurred two years after a massive scandal at the Veterans Administration revealed that thousands of veterans were not receiving critical care in a timely fashion, showing that rather than reformed, the VA is just as bad as ever. While our veterans continue to wait on the adequate care the government has promised, President Obama seems to have left this task to the next administration to handle.

John Cooper, a spokesman for Concerned Veterans for America told the Washington Times of April 2016 that “it has taken the VA two years to propose firing three senior leaders responsible for the Phoenix VA scandal, which led to nearly 300 veterans dying waiting for care.”

A lack of accountability and efficiency still plagues the system and veterans are continuing to suffer because of it, meanwhile the Obama administration consistently deceives the public and makes light of the situation.

In April, Military Times reported that VA Secretary Bob McDonald said 97 percent of VA appointments are completed within 30 days, with an average wait time of three to six days, despite a report from the Government Accountability Office showing that patients new to the VA health care system wait three to eight weeks for medical care. Often veterans cannot even see a primary care doctor at all due to, disorganized scheduling systems and mismanagement by VA workers.

But when Secretary McDonald was questioned at a media breakfast about the wait times he responded with “When you go to Disney, do they measure the number of hours you wait in line? What’s important is what’s your satisfaction with the experience, and that’s really the kind of measure I want to move to”

Comparing wait times which result in the death and delayed care of our nations veterans is hardly comparable to wait times at Disneyland. Yet to the Obama administration, this is how the VA dilemma is seen.

This past June a 15-member Commission on Care, made up mostly of health care professionals and veterans’ organization leaders, came together to analyze VA productions and develop suggestions for Congressional reform.

The findings of the Commission were clear “care delivered by VA is inconsistent from facility to facility, and can be substantially compromised by problems with access, service, and poorly functioning operational systems and processes…Fixing these problems requires deliberate, concurrent, and sequential actions.”

Fixing the VA has become a matter of an entire cultural change within the system; discarding all inefficient policies, doctored information, and archaic practices which fostered the current chaos. However, in the months since this report was released, once again Secretary McDonald has done nothing and the Obama Administration has allowed it.

If nothing else the VA catastrophe represents the lack of medical innovation and rampant corruption which comes with government mandated health care.

President Obama’s inaction makes one question if the American people will demand an administration which makes protecting those who protect us a priority, or will the benign neglect of the needs of those who served be allowed to continue because the problem is believed to be too big to solve.

This article does not address the backlog for VA disability claims, which is just as disturbing, unfortunately. I’m going on 4 1/2 years for my claim, and still waiting on a decision. Thankfully, I have retired military healthcare and have not had to rely on the VA.