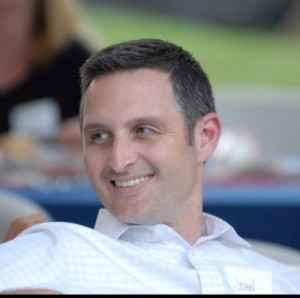 I have been trying toÂ stay out of the Vince Haley John Whitbeck race. Â I’ve got smaller fish to fry closer to home. Â The Vince Haley “unaffiliated” phantasm called “Your Conservative Future” that is stalking our inboxes has gone way too far.

Mark my words, if you do not stop Whitbeck and his directed nominations committee that is looking to stack the delegate slate with non-Ted Cruz and non-Donald Trump delegates, you’ll see the Presidential ParachuteÂ plan go to fruition. Word is already leaking out that they are planning on stacking the 13 At-Large Delegate slots with non-Trump and non-Cruz delegates.

This is made up, unmitigated, BULL-****. Â Prior to this afternoon I was the only one I can tell was publicly criticizing the delegate selection process at the state convention. Â I did so in a public speech at the Fairfax County Republican Committee meeting on April 19. Â I did so in approximately 400 emails I sent to 11th District Delegates on Friday April 22. Â And I did so on my campaign Facebook page that I shared to the Fairfax County Republican Facebook page the morning of April 25.

I rightly pointed out that the grassroots are being disenfranchised by the process. Â In no manner did I suggest that this was part of some paranoid conspiracy to appoint 13 pro-parachute candidates on Saturday.

My wife is 8 months pregnant. Â I have an 11 month old at home. Â For these reasons I was planning to go down on Saturday only, with my family.

Vince Haley, your unaffiliated campaign is turning off practically everybody.Â  It would be nice if Your Conservative Future lost the state Delegate list that should have never been given to it.

Before publishing this I took wise counsel from a friend who knows neither candidate.Â  He pointed out how this election season has brought out the worst in many of us and has friends at each others’ throats.Â  I hope we can get back to our less intense circular firing squad after November…