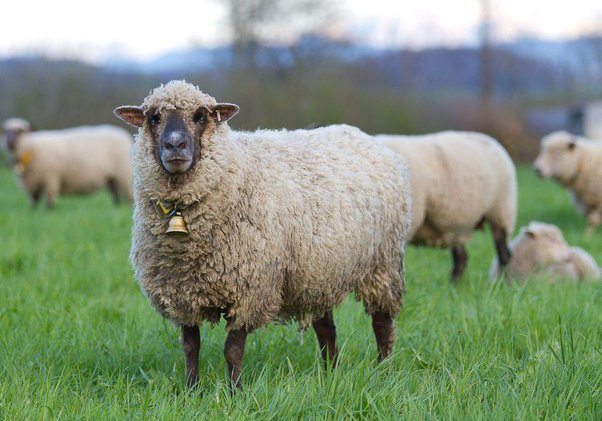 Like during the Civil War, Virginia is becoming a key battleground state in the present conflict between the Woke Agenda and Traditionalists. Since the state’s Traditionalists were among the Americans most committed to settling differences with mutual respect and compromise, racists and feminist demagogues initially ran roughshod over them with tyrannical, hasty, and inflexible demands.

It took no more than a simple majority in the legislative body and a sympathetic Ralph Northam governor to irrevocably destroy many of the most prominent statues memorializing our Confederate ancestors. Wherever possible the Woke Crowd deliberately rejected suggestions that the future of the statues be decided by referendums because they realized that the public would likely vote to keep the statues. They also rejected any suggestion that the Confederate monuments could share public spaces with statues of deserving ex-slaves and civil rights leaders. Their hearts were filled with irrevocable vengeance, not social justice.

The same crowd also infected many Virginia public school boards. Students were taught that the history of America, even to the present day, is a story of conflict between oppressors and the oppressed. As white males, boys were taught that if they did not admit their alleged privilege, they would become future oppressors. Conversely blacks and girls were taught if they did not secure perpetual racial and gender preferences and failed to crush the competitive spirit of white boys, they would become future victims. The Crowd labeled such tenets as “antiracist” or “antisexist” to avoid the obvious connection to Critical Theory and its Critical Race and Critical Gender derivatives.

In the interests of antiracism, they lowered grading standards wherever possible and increased racial preferences. The University of Virginia, for example, admits 29% of black applicants compared to only 17% of whites. Admission standards were also lowered at the Thomas Jefferson School of Science and Technology, one of America’s best high schools. The objective was to rebalance the demographic make-up of the student body, which dropped from 70% to 50% Asian.

After the end of the 2022 school year parents learned that the average scores in Trigonometry were the lowest the teachers had ever seen, notwithstanding that the exam was substantially easier than previous years. Given the simpler exams the teachers had expected scores to increase, not drop. One teacher group concluded that the students did not study. The lower grading standards used to give the surge of unprepared students a passing grade caused the better students to get lazy. Nearly all scored lower than expected.

Through a concept termed “intersectionality” — a nauseatingly pretentious term dreamed up in academia — some of Virginia’s Woke educators identified transgenders as one of the most oppressed classes. Last year the police at a Loudoun County School Board meeting arrested the father of a girl who had been raped by a transgender female in the girls’ bathroom at one of the schools. The Board refused to take his complaint seriously, although at least one member knew the claim was likely true but had publicly — and falsely — denied there had been any such complaint.

Thankfully, a Daily Wire reporter exposed the lie shortly before the November elections that put Republican Glenn Youngkin in the Governor’s mansion to replace the Leftist Ralph “Coonman” Northam who had installed Woke leaders at the Virginia Military Institute thereby transforming it into a ferment of misandry and so-called antiracism, both vengeful derivatives of Critical Theory.

Virginia appears likely to become a bellwether state with which to predict the outcome between the Woke Crowd and the Traditionalists for the rest of America.

First, its proximity to the perpetually growing Federal government gives it a hard base of so-called antiracists and radical feminists.

Second, the election of a Republican governor who made fair treatment of parents a political issue, bodes well for the future of common sense over radicalism.

Third, gentlemanly groups among the alumni at schools like the University of Virginia and Washington & Lee may be bearing fruit. Consistent with the “good student” reaction to the results of the Thomas Jefferson High School Trigonometry class, they favor a meritocracy over “equity-based” institutions.

Fourth, referendums on Confederate statues have generally been successful in keeping them in the state.

Fifth, and most importantly, President Biden and the Democrat Congress have convincingly demonstrated that they prefer to focus on a mirage of Diversity, Equity, and Inclusion issues rather than deal with the real economic and social problems destroying our country. There is no chance that the Democrats will fix anything so long as they deny their responsibility for creating the problems in the first place. (To be sure, Republicans and the Federal Reserve must share the blame for perpetual deficit spending and fourteen years of zero interest rates, respectively.)

(This article originally appeared at Baconsrebellion.com. Below are Mr. Leigh’s comments on that blog.)

The Bacon’s Rebellion blog edited by James Bacon is the best place to stay current on Virginia developments. Nearly all the state’s newspapers require subscriptions, and few are worth the money. The Washington Post is saturated with Diversity, Equity, and Inclusion poison. Finally, I am unaware of Mr. Bacon’s opinions on Confederate statues and the matters discussed in this post. Thus, I must emphasize that the views herein are my own. Mr. Bacon is, however, a member of a University of Virginia alumni group that lobbies for a meritocracy.

Phil Leigh is a historian of the Civil War and the South. This column has been republished with permission from his website Civil War Chat.

It turns out, “Woke” is Republican-speak for anyone who gives a damn about other human beings or the planet; a dog-whistle slur against expressions of humanity that seek or to spread resources, opportunity, power, and a voice to more people.

To Republicans, Decency is “Woke”

The politics of fear is nothing new.
We’ve seen it throughout history.
It’s a well-worn playbook.
When you lack actual ideas, you need an enemy.
When you have nothing redemptive to offer, you have to create a monster to push back against.
When you are devoid of decency, you need to vilify it and somehow turn that decency into a threat.
That’s what we’re seeing right now in America.

They shoehorn the words into every televised conversation, every incendiary think piece, every pearl-clutching press conference—usually tethered to other recently-wielded phrases like “the Radical Left” and “cancel culture.” These repetitive, nonsensical word salads are designed to terrify their constituents, leverage fear in the easy-manipulated, and to misdirect them from the reality that they have no actual platform, outside of the opposition to progress, the resistance to diversity, the aversion to equity, and the evasion of justice.

Anything that brings equity gets this label from the Right because power, control, and hateful discrimination is their only goal.

Erica… you are always lurking like a case of toe fungus; so let me ask… the Bribem administration is looking at oil prices that could possibly get near 200 dollars a barrel… The end of Roe V Wade won’t save your slimy permanent politicians in DC… At base it is an issue that doesn’t really impact I mean IMPACT many people… It is symbollic for old stupid boomers mostly.. Not the point…
Bribem is begging the world to pump him more oil to save his crappy party… Like I told you early in the year you moron… TOLD YOU!! And here he was going to start the green revolution with all those zero carbon jobs and unicorn farts power California….
But nooo… instead he’s gotta pump pump pump…

Oh, great!! Another boogeyman to scare the pants off the goobers.

Since then, “cancel culture” has disappeared from the rightwingnut list of deadly sins.

CRT has been replace by “grooming”.

How do you people sleep with so many monsters under the bed?

Apparently, you don’t realize that your leftist buddies have a never ending supply of word revisions to hide what is desired. Cancel culture still exists but is now called being woke (punishing those who aren’t woke is cancel culture). CRT is still there but under a bunch of different names – race equity, systemic racism, white privilege, colonialism, Black Lives Matter (but all lives don’t). Grooming is just another word for lgbtq+ pedophiles in action. I am sure that you will come up with some new words to hide what you are doing.

Oh, by the way, your yelling and screaming about abortion hides a reality. Abortion is more available today thank it has been any time in the past. You can order plan B abortion pills online and so many have done that exact thing that CVS and Walmart are limiting the number they will sell to one person.

Well Margaret… with your head up your liberal ass it is hard to hear much, libtard… Let me tell you a story about a boy named Hunter whose Daddy was Vice President. Hunter went off to run the family political influence business in the Ukraine and China. He had a laptop that details all this and you as a libtard didn’t know about it…

She didn’t care to know about it. Quite typical for the left who don’t deal in facts. They are good at screaming, cursing, and attacking buildings and people that can’t fight back. That is their strong suit

lol………….you idiots. Ransone is an ashole trumper mindless moron republican from Westmoreland County……Christ, and you feel qualified to share your opinion? You got duped, you dopes

It looks like she has joined you useful idiots. Well, we can’t win them all.

How right you are!!!

This crowd at The Bullshitting Elephant are typical Republicans — dumb as dirt and proud of it.

Margaret Bevans Ransone is a native of Kinsale, Westmoreland County, VA. She is the privileged daughter of the Bevans Oyster Company family whose seafood business thrives on the Chesapeake and the MS-LA Gulf Coast, where they own a mansion suited for ante-bellum period and where Margaret spends much of the year.

The commenters on this site do not know that Margaret is a 10-year veteran of the VA House of Delegates — a staunch Republican, chair of the Privileges and Election Committee, and recently named by Gov. Trumpkin to a committee of four to re-write VA’s abortion regulations, hoping to outlaw abortions.

If being stupid were a crime, TBE would be a federal prison.

There is an article on today’s Daily Mail site about a 24 year old white boy being cancelled by Twitter racists. You ought to take a look.

There is an article on today’s Daily Mail site about a 24 year old white boy being cancelled by Twitter racists. You ought to take a look.