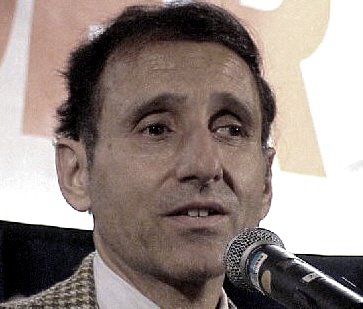 The racist legacy of the Democratic party is rearing its ugly head in the fight to replace sitting/disgraced-former Delegate Joe Morrissey.  Paul Goldman, Morrissey’s law partner is expected at any moment to file a lawsuit challenging the Democrats nomination process that is expected to restrict participation in the Democrat nominating process to a mere 100 people, all of whom are believed to have paid to have the privilege of participating.

Historically, the Democratic party is the party of segregation, jim crow laws, poll taxes, and literacy tests.  The franchise has always been a precious commodity, and African-Americans are about to be denied the right to participate in the selection process in the 74th House of Delegates Democratic nominee selection process.

Why are we here?

On Thursday December 18, 2014 Del. Joe Morrissey resigned from the general assembly effective January 13, 2015 the date of a special election brokered with Speaker Bill Howell.  Virginia law required that political parties certify their candidates to the State Board of Elections a mere five calendar days later on December 23, 2014.  The district Democratic committee scrambled to determine a nominating method that could be conducted today, Monday December 22, 2014 in order to meet the SBE deadline.  The local committee decided on Saturday December 20, 2014 on a selection method that would only allow a subset of current dues paying members of local committees to participate in the selection process.

For good or for ill, charging a fee to participate in a nomination contest is considered a poll tax, and violates the Voting Rights Act.  The seminal case of Morse v. Republican Party of Virginia in 1996 is still good law.  The ruling of the Supreme Court relied on the fact that Virginia grants ballot placement to the major party candidates as justification for imposing Voting Rights Act restrictions on the party nominating process.

Aside from Voting Rights Act/constitutional violations, the law is fairly settled that political parties have the right to determine their membership and nomination methods without court interference.

Paul Goldman has scrambled over the past 48 hours to put together a suit and seek immediate relief.  The suit will have four plaintiffs each of whom are residents, regular Democratic voters, African-American, and excluded from the nominating process chosen by the Democratic district committee.

The lawsuit will seek to stop the Democratic nominating process this evening, but it is unlikely to be successful in that regard given the late hour.  More importantly, the lawsuit, also to be filed against the State Board of Elections will seek an injunction against the SBE preventing certification of the Democrat nominee for the special election on January 13th.  As the SBE is expected to act tomorrow, December 23, the plaintiffs will have to get into court on December 23 or possibly miss the opportunity to stop the process in its tracks.  This is no small feat given the fast timing, and given that Christmas is Thursday.  A Judge will be assigned shortly after filing, and the selection of the Judge will play a huge role in whether this matter is heard in time.

Only a subset of active members of local committees may participate in the nomination process.  Mr. Goldman states that most of these participants belong to committees for which the membership fee is mandatory, but there is a special process members may go through to request a waiver of the fee.  Mr. Goldman also reports that the Democratic Party for Charles City County has a mandatory fee with no possible waiver.

According to Mr. Goldman, “the restrictive nature of the nomination process constitutes a clear constitutional violation that amounts to the imposition of a poll tax and disenfranchisement of African-American voters.”

No matter how this plays out, this is an embarrassment for the Democratic Party of Virginia.

Jeanine Martin rightfully identifies the reason for the restricted nomination process: to shut Joe Morrissey out.

UPDATE: Mr. Goldman just informed me that despite his efforts he was unable to file the lawsuit by the close of business today.  His arguments will focus on enjoining the SBE from placing the democratic nominee selected tonight on the ballot.  He expects that the number of voting participants in tonight’s nominating process may be less than 100 and may include no representatives from one of the localities.  The lawsuit is still going forward and will be filed first thing Tuesday December 23.

Updated: Virginia Democrats to be Sued Over “Poll Tax (lawsuit abandoned) was last modified: December 24th, 2014 by Paul A. Prados

So do the Republicans get to join in the special election fun also?