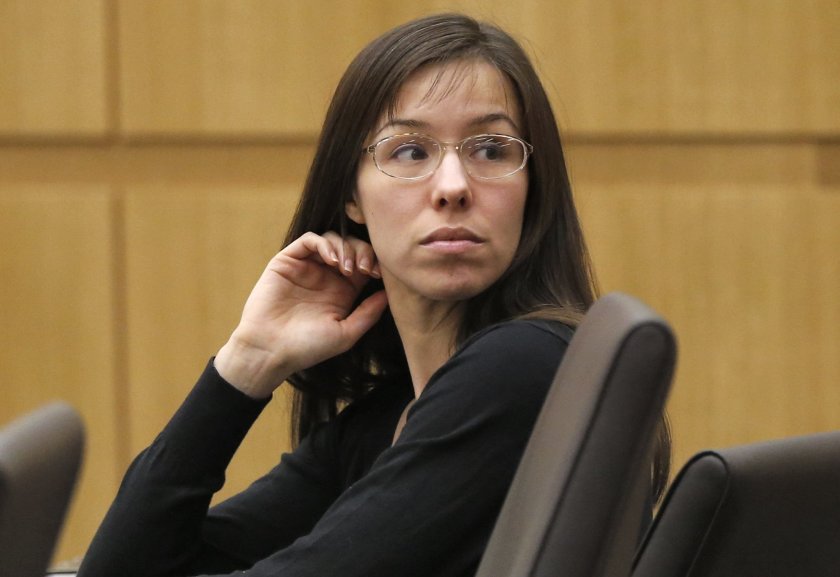 Jody Arias after her sentence of life without parole for the torture and murder of her boyfriend. (Matt York / Associated Press)

Life sentences without parole may be abolished this year in Virginia, even for serial killers and those who once would have been sentenced to death. The powerful head of the state senate’s Courts of Justice Committee, Senator John Edwards (D-Roanoke), has just introduced a bill, SB 1370, to bring back parole, and retroactively make people eligible for parole even if they were sentenced at a time at which there was no parole. Parole will be made available even to people who commit “a Class 1 felony,” which includes the worst murders, such as serial killers who commit the “willful, deliberate, and premeditated killing of more than one person” in a single crime spree. Because the death penalty will likely be abolished this year in Virginia, this legislation would mean that even the worst murderers could be paroled.

In Virginia’s House of Delegates, Delegate Cia Price (D-Newport News) has proposed legislation that would make it easier for inmates to get released, long after they have been sentenced. Her legislation, HB 1920, would eliminate any time limit on judges’ ability to suspend or modify inmates’ sentences when judges think that’s in the interests of justice. Her bill is backed by two senior legislators, including the staunchly progressive House Public Safety Committee chairman Del. Patrick Hope (D-Arlington).

Virginia largely abolished parole 25 years ago, due to discontent over the fact that criminals were serving only about 30% of their sentences before being released. But parole would be restored even for murderers and rapists by Senator Edwards’ bill. Most willful and premeditated murders are Class 2 offenses, for which parole would be available after 15 years.

Retroactively making prisoners eligible for parole could result in unfair double-counting: It could shorten sentences that a jury already shortened based on the assumption that parole does not exist. Under the Virginia Supreme Court’s Fishback decision, criminals have been entitled to seek a shorter sentence from the jury based on the argument that parole was not available.

Parole could be sought annually: before parole was abolished, relatives of murder victims would show up at parole hearings, every year, in an effort to keep the killer of their loved one from being released. Testifying before the parole board took its toll on survivors, forcing them to relive the crime.

By reducing the amount of time inmates serve, parole could harm public safety. Studies indicate that longer periods of incarceration deter many crimes from being committed; they don’t merely prevent people who are already inmates from committing more crimes — although they do that, too. (See, e.g., Daniel Kessler & Steven J. Levitt, Using Sentence Enhancements to Distinguish Between Deterrence and Incapacitation, National Bureau of Economic Research Working Paper #6484 (1998)).

Allowing judges to retroactively shorten sentences would not only increase the crime rate, by reducing the deterrent effect of criminal penalties. It would reopen old wounds for crime victims, depriving them of any sense of closure or finality, and taking away their peace of mind.