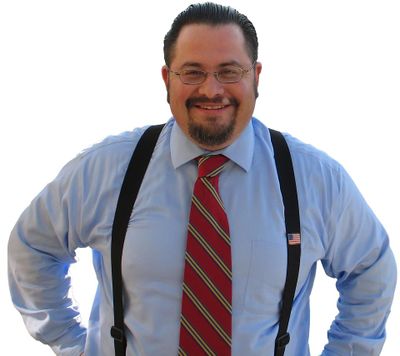 […] happen,” wrote Bell in a Facebook post, speaking to Fredy’s premeditated intention. Bell later published another version of his post publicly on the political blog The Bull […]

So now we have Republicans doing Democrats’ dirty work for them. And this local swamp of RINO’s wonders why nobody turns out to vote for their candidates. Losers, one and all. Time for change at the leaderless and rudderless top.

The greatest current danger to the Republican Party in Virginia is falling victim to political correctness. I think the biblical statement “He who is without sin cast the first stone” is appropriate here.

This post is a big slap in the face to Shak Hill. Seems that you prefer RINOs to Conservatives.

Fredy is one of those Republicans.
And any other Va Republican that utters discontent on illegal immigration yet remains unspoken against payroll fraud /illegal employment is of only limited value.
When you limit your capacity for resolution you have limited your capacity to represent honestly.
Funny though I have not seen any Va Republican calling for the removal of Republican Senator Bill DeSteph for his illegal employment protection (Santurary) legislation SB483. That is brazen or plain stupid to bring a bill that prevents interdepartmental notification of illegal employment, not to American much less Conservative in my book.
Honesty?

I’ve kept my mouth shut in this most recent bout, but let’s be clear…this recent comment doesn’t crack the top 10 of what Fredy has said. Not even close.

This most recent kerfluffle is about nothing more than the Hannigan/Ginsberg race.

Fredy should be dumped from SCC, but he should be dumped because his views are not in accord with conservatism, not because one faction now views it as politically convenient to use him as a stooge to get their guy in the chairman’s seat.

lol who is this guy pretending like Republicans care what he has to say anymore?

Oh come on. You could’ve come up with something better than that. You’re going to lose your “TBE’s Greatest Troll” mug.

If you kept your mouth shut until now, Kyle, then who was posting under your name (with your same cynical, know-it-all attitude) on Bearing Drift three days ago? You just can’t stand missing an opportunity to grandstand, can you?

If you don’t know the difference between giving an unsolicited opinion on an issue versus answering specific, fact-based, questions I was asked, then I don’t know what to tell you.

But then again, you’re an anonymous internet troll who is too afraid to put their real name out there so it’s no surprise.

You should have kept your mouth shut, period. You are a coward who uses cowards as sources to make a big deal over nothing but your personal animus for a good man. Shame on YOU, RINO.