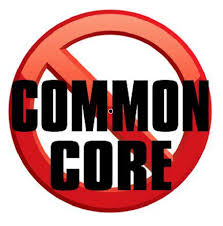 Delegate Dave LaRock and Senator Dick Black sponsored bills to prevent the Virginia Board of Education from substituting Common Core for the Standards of Learning in Virginia schools.[read_more] Both Â bills passed by a large margin.Â House Bill 1752Â passed by a vote ofÂ 87 to 12. and Senate bill 724Â passed 24 to 13. Â The bill was sent to the Governor who promptly vetoed it. Today the House of Delegates overrode the veto by vote of 70 t0 28. Â Unfortunately the Senate sustained the Governor’s veto with a vote of 22 to 18, not enough to override the veto.

Â A decision whether or not to opt Virginia into Common Core in Virginia would have a profound impact on teachers, students, and taxpayers and ought to be taken seriously.

Governor Terry McAuliffe Â agreed in a letter he sent to me that Common Core would not be good for Virginia, that Virginia currently leads the nation in curriculum standards (without Common Core), that adopting Common Core Standards would be, in his own words, â€œâ€¦a step backwards,â€ and that he is personally opposed to adopting them. The overall purpose of the letter, believe it or not, was to notify me that he was vetoing my House Bill 1752. Senator Dick Black and I both patroned bills in the 2015 session blocking implementation of Common Core without approval by the legislature because it is too important a decision to leave in the hands of unelected administrators.

What possible explanation could there be that the same Governor who understands how bad Common Core is would veto a law that would assure that the decision whether or not to opt Virginia into this program would be made by elected leaders who are accountable to the people of Virginia? I learned that in politics, when a decision absolutely defies logic, as this McAuliffe decision does, you follow the money.

The Governor, in his veto explanation letter, tries to hide his reason for killing a good bill, HB 1752. His letter explaining his veto states that this legislation would “infringe on the (Virginia School) Boardâ€™s authority”.Â  That is simply not true, and his own actions make it abundantly clear that he knows the boundaries of the legislature in education policy. If, as he said in his veto letter, the legislature is infringing on the Boardâ€™s authority by making laws that guide education policy, why has he already signed 7 bills relating to state education standards this year, (HB 1303, HB 1419, HB 1490, HB 1615, HB 1714, SB 874, and SB 900)?

â€œThis action doesnâ€™t reflect a smart education policy that will leave Virginiaâ€™s districts free to do what works best for them. Unfortunately, it reflects the will of the governorâ€™s donor base,â€ said Senator Dick Black, also a patron of the legislation. â€œTheÂ Democratic Governors Association (the DGA) is very top-heavy with Common Core advocates, and theyâ€™ve contributed more than $6.5million to Governor McAuliffe. Itâ€™s disappointing that donor interests come before those of our students.â€

There is no question that the Legislature has the authority to enact laws that affect our standards of learning. The Virginia Constitution – Article 8, Section 5 E states, â€œSubject to the ultimate authority of the General Assembly, the Board shall have primary responsibility and authority for effectuating the educational policy set forth in this articleâ€¦â€

Governor McAuliffe also said that he and the (State School) Board are already “agreed” in opposition to Common Core, so legislation is “unnecessary.” Governor McAuliffe knows better. School Boards change composition. People change their minds. There is no guarantee whatsoever that the Board and the Governor will remain opposed to Common Core, and thatâ€™s why we needed to enact this law in the first place – to be certain this crucial decision is not left to the whims of a few personal opinions.

The ultimate goal of Common Core is to have every school district follow the same national standards.Â  With Common Core teachers would have no freedom to innovate in response to the unique needs of students. This means that students are memorizing rather than learning and developing critical thinking skills. The Race to the Top Grants associated with Common Core violate privacy by â€œdata miningâ€ information about students that will follow them the rest of their lives. The information collected is more than just test scores and academic progress. Common Core will track information on religious practices, political beliefs, sex behaviors and attitudes, and more.

The Governor says, “Adopting Common Core State Standards would be a step backwards” â€“ Heâ€™s absolutely right!Â  Virginiaâ€™s legislators have chosen to put kids ahead of politics; the Governor should do the same.

This is one more reason why we all have to work hard to increase our majority in the Senate. We’re never going to get laws like the Tebow bill or a ban on Common Core unless we elect more Republican Senators on November 3rd.

A blow to both the parents of school age children in Virginia and their ability to have meaningful input and participation in the state’s education system and a even more major blow to the quality of education that will be available to the state’s children and young adults. Republican Speaker Howell again sides with the state’s Democratic progressive and corporate interests that are placing their priorities on statist power and financial interests not the welfare of Virginia’s future generations.

Take note of the ‘Nays’ and get them GONE! Senator Bill Howell on the wrong side once again. Go, Susan Stimpson!

Speaker Howell (who Stimpson is running against) voted in support of the bill to override the Governor’s veto. The Senator Howell who voted the other way isn’t the Howell you have in mind.

You mean McAwful is corrupt? Who’d have thunk it……

This is great news. Now Democrats have managed to give Republicans a campaign issue since the Howell 2013 Tax Hike took one away from them.