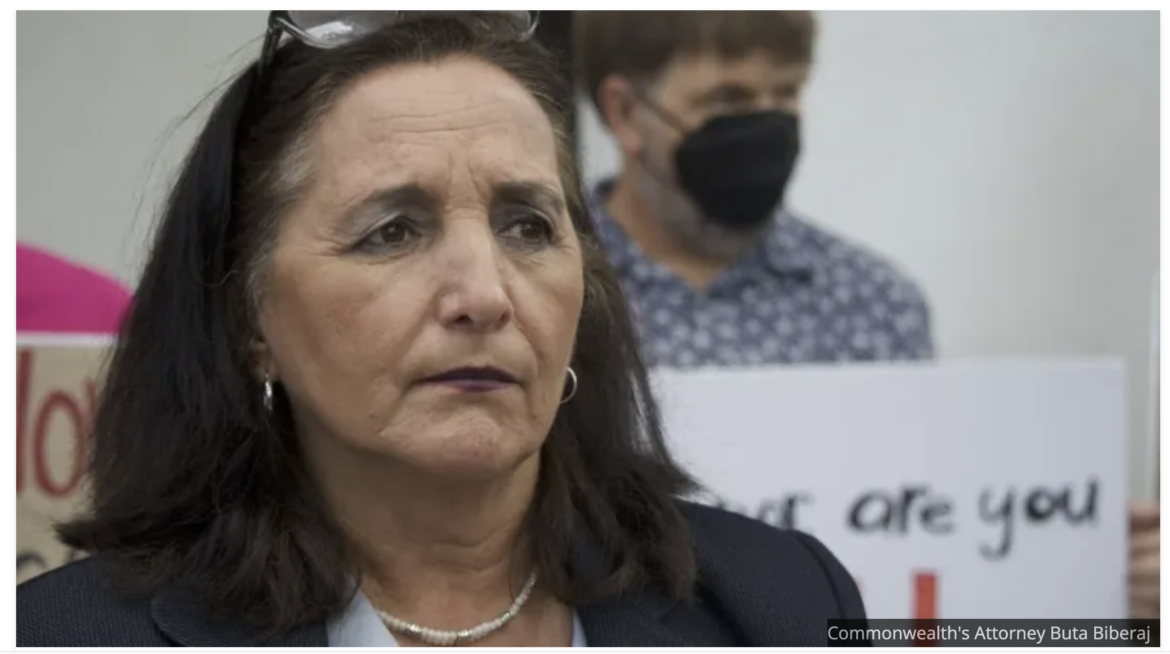 After Judge James Plowman removed Loudoun Commonwealth Attorney Buta Biberaj from a burglary case she was prosecuting, two groups filed ethics complaints against her with the Virginia Bar. Those groups are Virginians for Safe Communities and Fight for Schools.

Plowman said the Commonwealth entered a plea deal absent a full review of the facts and deliberately mislead the court and the public in an effort to sell a plea deal.

Complaints and letters to the Virginia bar can be found here.

Democrats are the party that fully supports criminals and perverts.