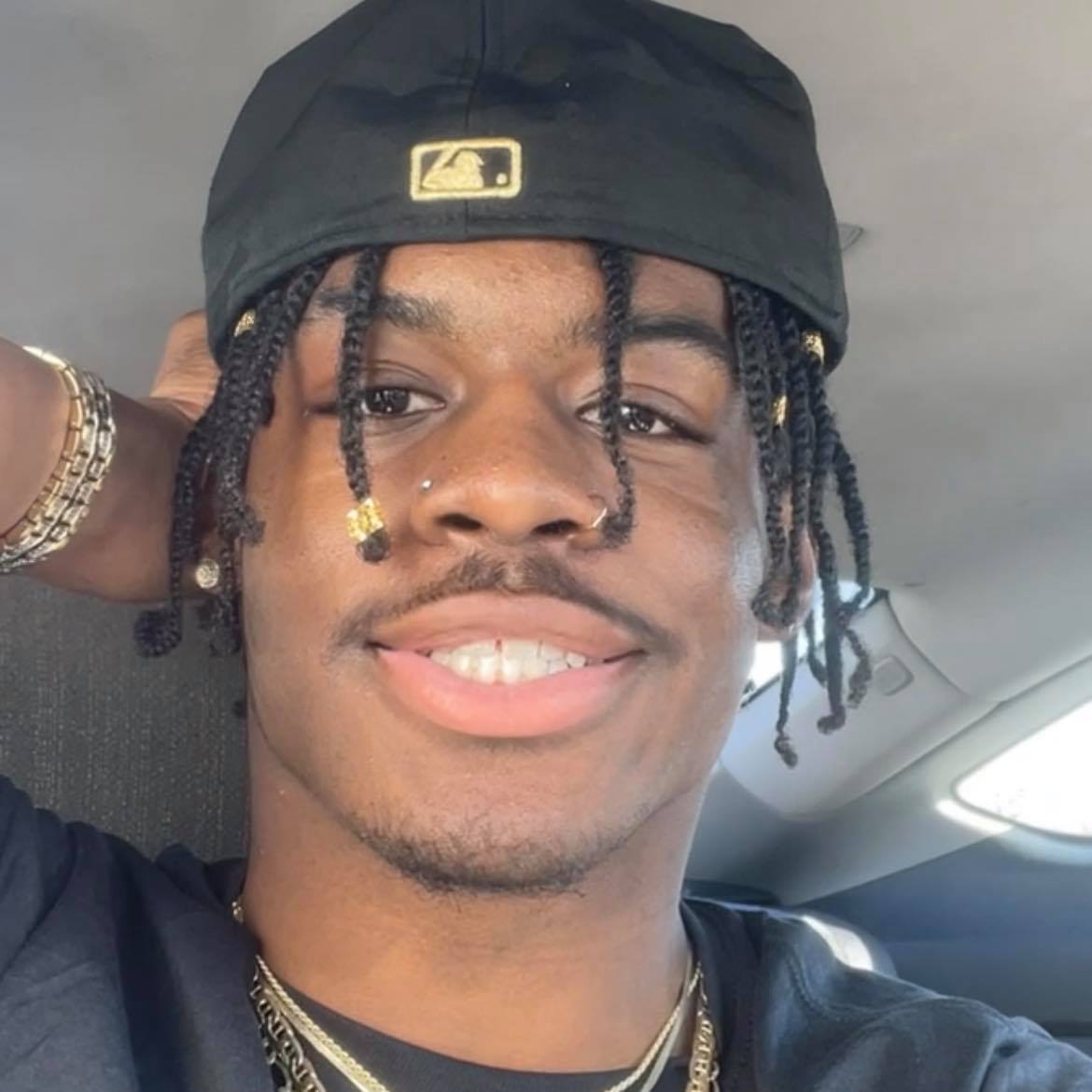 As jurors found Kyle Rittenhouse “not guilty” on Friday, angry critics ignored key facts of the case, notes Townhall. That included an Instagram video by Deaquan Nichols, a student at a public university in Virginia, James Madison University. In it, Nichols claimed that Rittenhouse was charged “with murdering and taking away two beautiful Black lives,” and indicated that Rittenhouse was a murderer, calling the verdict “disgusting.” The video was then featured on the Instagram account of James Madison University, even though Rittenhouse took no “Black lives” (each of the people he shot in self-defense were white).

The video’s accuracy was questioned on November 19 by Tina Ramirez, a Republican candidate for Congress in Virginia’s 7th District.

Townhall contacted JMU administrations about Deaquan Nichols video. In response, Mary-Hope Vass, JMU’s director of communications, issued the following statement: “James Madison University offers ‘student takeovers’ on social media platforms as an opportunity for our audiences to learn about student activities and research. One of yesterday’s takeovers went into the personal opinion and viewpoints of a student, which are not necessarily reflective of the university. The video expressing this opinion was removed from the university’s social media account.”

At the start of the video, Nichols denounces the verdict in the Rittenhouse trial. “I simply wanted to publicly announce that the verdict with the Kyle Rittenhouse case has been nothing more than a disgusting [inaudible],” as he goes on to discuss “what it’s really like to be Black in America. All the protesting, everything we went through in 2020, we-we really would think it would make a change but clearly it doesn’t.”

“We scream Black Lives Matter but it doesn’t matter enough for these people who are in power, the jury, the judge, anybody, to charge this man with murdering and taking away two beautiful Black lives at the ripe ages of 26 and 36. It’s disgusting,” he continued. “We can’t go to the store, Rest In Peace Trayvon Martin, we can’t lay in bed, Rest In Peace Breonna Taylor. And we can’t even protest without our lives being on the line. And that’s what we fight for,” he said in conclusion.

Rittenhouse was charged with murder, and found not guilty by a Wisconsin jury, as a matter of self-defense. The two men whose lives he was charged with “taking away,” were Anthony Huber and Joseph Rosenbaum. They were indeed 26 and 36, respectively, but they were white, not Black. Each also has a rap sheet.

Rosenbaum was convicted of multiple accounts of sexual contact of a minor. A judge had also been asked to revoke his probation. He was out on bond over a  domestic abuse battery charge.

Huber was convicted in a strangulation case and had recently been charged with domestic abuse. Gaige Grosskreutz, who Rittenhouse shot after Grosskreutz raised his handgun at him and advanced towards him, is also white.

The shootings of Huber, Rosenbaum and Grosskreutz took place on August 25, 2020, during rioting in Kenosha, Wisconsin, after Jacob Blake, a Black man, was shot by police. Blake himself admitted that he had a knife on him. He was shot by a policeman because he had a knife, refused to drop it, and a woman he’d sexually assaulted had called the police asking for help.

The University of California at Irvine also left the misleading impression that Rittenhouse killed black people, wrongly claiming the Rittenhouse verdict was a manifestation of “systemic racism” that said “Black lives” don’t “matter.” Even though none of the people shot by Rittenhouse were black, and he only shot people he reasonably viewed as threatening him. “Are universities supposed to” take positions on jury verdicts “half a continent away”? No, that’s inappropriate, says law professor Eugene Volokh. But that’s what the University of California at Irvine did.

The media falsely claimed that Rittenhouse shot the men during protests over the police killing of Jacob Blake, when Blake is in fact alive. On November 21, the Detroit Free Press erroneously wrote that in “August 2020, Jacob Blake was shot and killed by a police officer in Kenosha, Wisconsin, sparking protests against racism and police brutality.” But Blake is alive, and he wasn’t shot due to racism or police brutality. Prosecutors found that his shooting was justified, and the Biden administration declined to bring a civil-rights case over the shooting, finding insufficient evidence of a civil-rights violation.

Progressive politicians also got this fact wrong. As John Sexton notes at Hot Air, Democratic Congressional Campaign Committee chairman Sean Patrick Maloney released the following statement after Rittenhouse was found not guilty: “It’s disgusting and disturbing that someone was able to carry a loaded assault rifle into a protest against the unjust killing of Jacob Blake, an unarmed black man, and take the lives of two people and injure another — and face absolutely no consequences.” As Sexton points out, there are “Jacob Blake isn’t dead and, by his own admission, he wasn’t unarmed.”

Hey Jeanine… you might want to go check out Bearing Crap… one of the little douchebags who they let write there comments on Kenney’s articles, arguing with him… that blog is just incredible. Kenney is the lone voice of semi reason at that idiot blog… isn’t Kenney’s wife still on the payroll there? You can see that douchebag McGuire commenting on Kenney’s articles… Incredible… Does the Lincoln Project fund those guys?

McGuire became a Democrat several years ago. It makes no sense to me why they let him write on BD while billing themselves as a conservative blog. Or are they now claiming to be ‘center right’. They should say “Establishment Blog on both sides of the aisle”.

8 year old white boy struck by SUV in Waukesha has died. The sixth victim of the BLM thug.

That guy has nothing to do with BLM

I know you never follow the news, but in this case you are wrong.

you don’t know shit and you should shut your face. I am not wrong

MathBoi Fly is a black muslim and part of the BLM conspiracy. You really are ignorant.

You will learn what an anti-American, conspiracy theorist, shameless liar Carlson is. Just a disgusting human being. And, btw, FKR

MathBoiFly is black Muslim member of the 5 percenters.

what happened to autofill. I get messages all of a sudden that this form is not secure. Have you been hacked?

The NYSlime declined to publish a story about Kenosha until after the election…. there’s your F–ing press for you. In it the reporter actually got her facts straight. She interviewed business owners from the businesses that were destroyed… Kenosha had 31 separate fires and if memory serves about 25 million in damage. One of the business owners said that the rioters were blue haired scum from the West Coast who set their business on fire and then went home… And they didn’t have insurance to rebuild… And this riot was started by a guy who was assaulting his baby momma who had a restraining order.. and pulled a knife on the police after resisting arrest. Now the police had to arrest him for the safety of his baby momma… if he didn’t spend time in jail he would be back to exact revenge on her worse than the beating he was already going to give her… So Soros buses in his storm troopers in order to keep the racial pot stirred for the election and of course Shithead Joe Biden, Resident of the Whitehouse runs his stupid mouth.. And Rittenhouse was actually trying to protect a business owned by two Mideastern men… In doing so he shoot three white scumbags with felonies aplenty between them…
And then you get this… this idiot from an idiot university saying that black men were killed.
The bullshit is so deep in this stupid country that you need wings to fly above it..

Why isn’t Facebook, which owns Instagram, posting one of those flags on this student’s post the way they constantly suppress articles Trump supporters post on pages as “suspicious content|”? Id like to know if FB, Twitter, etc. bothered to take down all the inaccurate posts about the Rittenhouse incident over the past year or not? Or, did they help foment racial division by not censoring the information Hans Bader noted above was out there in the media?

Amen, Mr. FItzpatrick! By not holding their black voting base collectively responsible for THEIR RACISM, white liberals have created a Frankenstein that will distort the facts, disseminate lies, and defame whites as individuals and as a collective. I am getting fucking tired of it.

JMU should take remedial action not just throw out a bunch of weasel worded excuses. DeaQuan needs to issue a correction and an apology. And the university should address it directly in terms of responsible use of a privilege

In other news, a lobster is a red fish that swims backwards!

We have the right to defend our lives, and the truth.

It’s about time we started doing it.