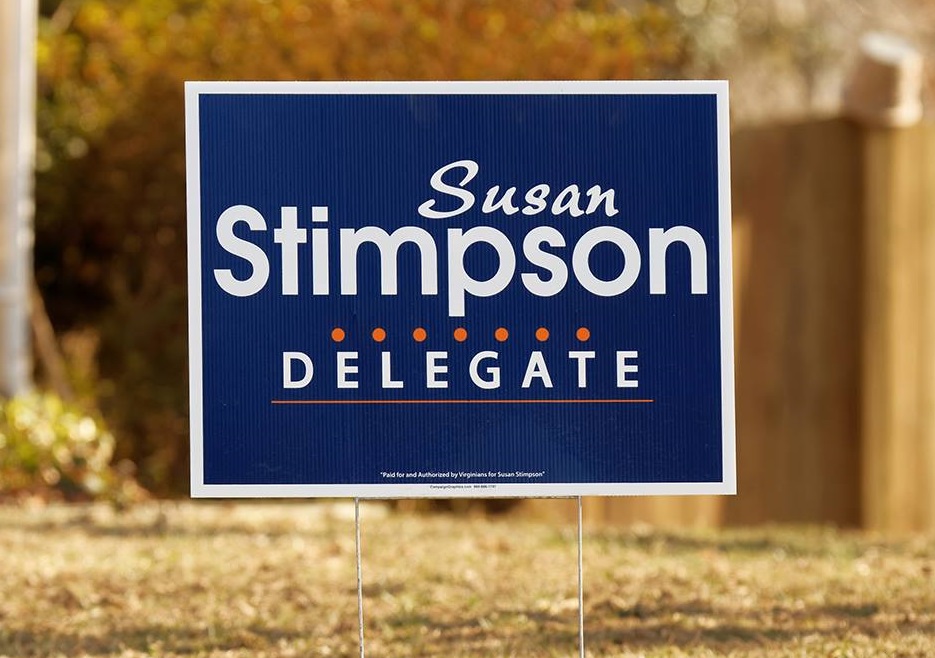 We know Bill: our “higher-tax” Bill![read_more]

Republicans have enjoyed a large majority in the Virginia House of Delegates the entire time Bill Howell has served as Speaker. Today, 68 out of 100 members of the Virginia House of Delegates have an (R) next to their name—a bona fide super-majority. Speaker Bill Howell rules the House, its Republican Caucus, and its Committees with absolute power.

Nothing passes the House without Bill Howell’s say-so.

So what have we gotten under Speaker Howell’s leadership of this Republican Majority over the past 10 years?

Until Speaker Howell, Virginia Republicans were known as the party of lower taxes. We enjoyed the support of many independents and even some Democrats at the polls because these voters trusted the Republican “brand” on taxes: many voted Republican simply as a vote against higher taxes.

In 2004, state revenues were booming, but liberals like then Governor Mark Warner, Democrats and even some Republicans were calling for higher taxes so the state could spend even more of our money.  Rather than push-back on these tax-and-spenders, Speaker Howell joined them. He strong-armed 4 key anti-tax Republicans on the Finance Committee to “walk” on the vote on Democrat Governor Mark Warner’s $1.5 billion dollar tax-hike bill.

That’s right: Speaker Howell used his leadership position to pressure four anti-tax Republicans to simply not to show up for the vote against higher taxes in 2004. (He told them not to worry, it wouldn’t pass on the floor).

These four had signed no-new-tax pledges and would have voted no, easily defeating the tax hike outright in committee. One of these four actually told the press that he was “at home that morning flipping pancakes for my kids” and that’s why he couldn’t make the committee vote. As a direct result of Speaker Howell’s “leadership”, Warner’s tax hike bill sailed thru committee, and onto the floor of the House where it passed — by a single vote!

The Warner-Howell 2004 tax hike bill then went on to pass the weak State Senate, and became law with the signature of the Governor.  Among these tax hikes was an 11% increase in the sales tax on just about everything Virginians buy.  Future Howell tax hikes took the sales tax from 4.5% in 2004 to 5.3% today – an 18% increase during his Howell’s term as Speaker.

Virginia families and businesses ultimately have Bill Howell to thank for these higher taxes they are still paying today.

Because Warner got the Howell GOP majority to “compromise” (cave) on tax hikes, the press went on a protracted “love-fest” with Mark Warner, touting his “bipartisan leadership” in all their news coverage and op-ed pages, and propelling his popularity to an unprecedented 70% statewide. This image of Warner as “Mr. Bipartisan” went on to carry him to victory in two successive US Senate elections.

Thanks, Bill, for this first higher-tax bill!

In 2007, Speaker Howell personally sponsored another big tax-hike bill, HB3202, and lobbied Republicans hard for it. It raised various state taxes and fees, including the notorious “abuser fees” which gave us the infamous $2,000 traffic ticket, and bigger tax bills when you sold or simply refinanced your home. HB3202 also pushed for higher taxes in Northern Virginia and in Hampton Roads by unelected, unaccountable local taxing “authorities” – but fortunately the VA Supreme Court struck down this outrageously unconstitutional provision.

Thanks Bill for this second higher-tax bill!

By this time, the reality of Howell’s insatiable thirst for more of our money became crystal clear to those of us paying attention. And he wasn’t done.

More recently, in 2013, Speaker Howell struck again. He again sponsored another massive tax hike bill – the $2.5B “McDonnell transportation tax” bill. It passed, and brought about higher gas taxes, sales taxes, lodging taxes and higher car titling fees among many other things all of us are now paying more for.  What’s worse, Howell got the necessary votes to pass these 2013 tax hikes by striking a deal with Democrats that nearly gave us Medicaid expansion in June of 2014.

Thanks Bill for this third higher-tax bill!

Under Bill Howell’s leadership, we’ve now seen him push through three massive tax hikes on Virginians totaling over $7 billion in higher taxes on you, me, Virginia families and businesses.   And during the same period, he has more than doubled state spending, going from $46.9B in 2002 to $96.9B today (biennial budget).

Bill Howell could have single-handedly stopped all three tax hikes.  Instead, Howell single-handedly turned the VA GOP into the party of higher taxes and spending, destroying this key issue for us against the Democrats.

There are other disturbing things as well. For example, Speaker Howell accepted some $7,000 from “Equality VA” — the radical liberal LBGT (lesbian-gay-bisexual-transgender) lobby in Richmond. In 2013, Howell then steered a judgeship through the House of Delegates for one of Equality VA’s Board members, radical activist Tracy Thorne Begland – over the objection of the Family Foundation. Equality VA is the group pushing an outrageous agenda like forcing our elementary school children right here in Virginia to share restrooms and locker rooms with those of the opposite sex (“transgenders”).

Insanity is defined as doing the same thing over and over and expecting a different result. If we send Bill Howell back to Richmond, he will be re-elected Speaker, and we will see more tax increases, more state spending, and more capitulation to the radical left agenda.  Whether we continue this insanity or not depends on you.

Whether we get a new Speaker of the Virginia House of Delegates depends on you.

Bill Howell has an opponent in the June 9th Primary: Susan Stimpson.  Susan is a proven tax-cutting, pro-family conservative.  If Susan wins, Bill won’t return to Richmond to be re-elected Speaker, and he won’t be able to raise our taxes anymore.

Susan is running a great campaign and has a great chance of winning.  But she won’t win without support of conservatives across our state.

I urge you to go to click here to visit her website today to give whatever you can to her campaign and to volunteer to help.

By doing so, you’ll send a message to the House Republican Caucus in Richmond that you want lower taxes and a smaller, more family-friendly government – and you want a new Speaker of the House to lead us there.

Well said! Get out the vote for Susan Stimpson!!! #weknowbill #retireBill2015

Any inkling of who the next Speaker would be, and what they’d be like?

Unafraid to say what everyone with an R after their name knows.

Kudos to Russ Moulton for saying what everybody around Bill Howell thinks but are too clucking afraid to say. The guys got to go. I think the gay stuff is a stretch, but his tax stuff is enough…the guy has got to go.

Deluding yourself into believing you are something that you are clearly not (in this case a self proclaimed tax increase defender) is generally the final self deceit for the long term professional politician. It should be the internal alarm bell that communicates to you that you have stayed on the scene long enough and it is time to move on. The true record here is the record and his record is one of endless support for taxing and spending with hardly a whiff of fiscal management thrown in or apparent concern for the impact this endless political tax culture has on the families of Virginia. After 28 years in the House it would be preferable for him to see the logic that it is time to step aside but power and control is difficult for many to turn their back on so the voters of the 28th District need to put Virginia first and send Speaker Howell to a deserved retirement. A politician that just can’t walk away unfortunately too often ends up needing to be just preemptively shoved aside so the State can move forward.