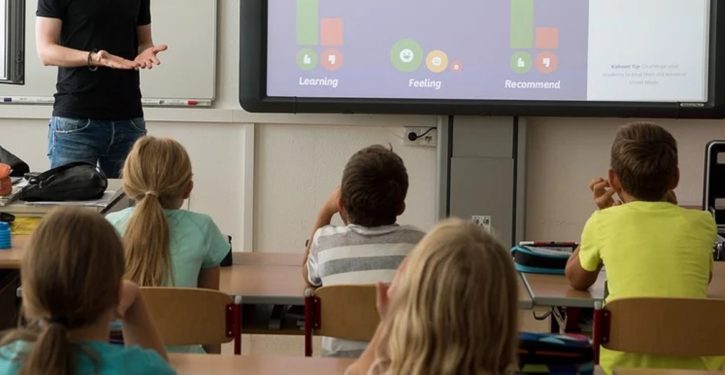 Washington D.C. schools spent more per pupil than any state but had the lowest scores in the nation

“D.C. Public Schools Spent $31,843 Per Pupil; But D.C. 8th Graders Had Lowest Math and Reading Scores in Nation,” reports CNS News. Washington, DC spent more per student than any of the 50 states:

The public schools in Washington. D.C., spent a total of $31,843 per pupil in fiscal year 2020…Meanwhile, the National Assessment of Educational Progress tests administered in 2019 showed that only 23 percent of the eight graders in D.C. public schools were proficient or better in reading and only 23 percent were proficient or better in mathematics.

By contrast, Utah spent only $9,424 per student — less than a third as much as D.C. — yet its students performed above average. The Washington, DC schools have been spending more than any state for years, even as its students lag behind the students of all other states on tests, according to the National Center for Education Statistics:

That same year, according to NCES, D.C. public school eight graders had an average score of 269 out of 500 in the NAEP mathematics test. That tied D.C. eighth graders with those in New Mexico and Alabama for the lowest average mathematics score in the nation.

You can find all this data and more in reports from the National Center for Education Statistics.

Washington D.C. schools spent more per pupil than any state but had the lowest scores in the nation was last modified: May 14th, 2022 by Guest Contributor Hans Bader

[…] Washington D.C. schools spent more per pupil than any state but had the lowest scores in the nation […]

Ok Erica the Crossdresser and Johnny… Let’s go boys. I want you to write a comment that provides a solution to the situation from your boomer liberal brains. Look at the reality of what Mr Bader has written. It is a fact that you can no longer ignore that those inner city BLUE city schools are complete sh!t. COMPLETE. Baltimore… Chicago… and even DC which has access to large amounts of federal money.

So instead of your usual crap comments… LOL Get Bent or you Erica… YOU’re RAYCISSS… tell us. Why is the solution? 31 K per student? that is huge. SPEND more money Erica and Johnny? Doesn’t seem to be working. So what is it boys? Propose a solution. Use your little brains and tell us what should be done…

“People Do Not Care” anymore. Everything runs on automatic, including the Robots in government, Especially the Robots in Government.
It’s All Unionized, These are robotic people “womb to tomb” just working “the system”. Blacks and Whites, democRats and Rinos in Con-gress no different, working “the system” Results??? Whatever. Just Take the Money and Whatever, Who cares? Working in the USSR or the USSA it’s the same. The Soviet Russians had a saying: “The government pretended to pay us, and we pretended to work” With the current Inflation the USSA will catch the USSR fairly quickly.
Some “bright” Libtard will say snidely regarding my USSR analogy that the USSR is no more. Thank you for concluding the conversation.

Reply
Washington D.C. schools spent more per pupil than any state but had the lowest scores in the nation | Headline of the Day May 15, 2022 at 11:20 am

Reply
Washington D.C. schools spent more per pupil than any state but had the lowest scores in the nation | Dan from Squirrel Hill's Blog May 15, 2022 at 9:10 am

read somewhere yrs ago that an all black high school in DC scored highest on tests before govt started all of the meddling that they do. I believe it was around 1960.

This is sad. In my tiny Long Island, NY district, we spend $48,423 per pupil. I wonder how our scores stackup?
Taxed to death in NY.

WOW! Are you kidding? 48 K per pupil? Your property taxes must be F…ing INCREDIBLE! How in the world can that kind of money be spent per pupil. Fairfax VA, was something like 11K a few years ago. The rural county I live in is about 10 k per student. How in the world can people afford those kind of taxes?

“Washington, DC spent more per student than any of the 50 states”

Pssssttt… someone tell old Hans that DC is not a state, please…

DC is a state according to Obama. Remember when he said that he had traveled to all 57 states when he was campaigning? Look it up. It is on Youtube. Or here from Reuters:Obama: “I’ve now been to 57 states”
Posted May 9, 2008

May 9 – On the campaign trail in Beaverton, Oregon, Democratic presidential candidate Barack Obama mistakenly tells a crowd that’s he’s been to 57 states – with one left to go.

Bader said it spent more than any of the 50 states… He did not imply there are 51 states, unlike you hero Zero’s assertion that he’d been to all 57.
And as always Get Bent Erica, pronoun She It.

Edgar, You do know that when comparing cities to cities, Red state cities way underperform Blue state cities in education. You look good in those heels, btw…

And yet people who can are abandoning blue cities for red states. So we might ask why if public education is so much better in blue areas. In the past, educated people went to the cities for better pay and opportunities so cities benefitted from kids whose parents were more education focused. It will be interesting to see what happens over the next decade. There are better and safer ways to educate kids than get stuck in blue or even red cities, and parents know it. An education revolution is coming.

read somewhere years ago that before the desegregation/busing started that an all black high school in DC was the highest scoring school that year. I believe that was around 1960.

Democrats, aka socialists, don’t want better educated kids because they tend to think. Better some screaming “students” protesting against a Supreme Court ruling that doesn’t ban abortion as they can be easily manipulated as useful idiots.

Where’s the TBE’s resident education expert, Johny Dunceboy Martin? Let’s see… I can comment for him:
“In 2019 …. eighth graders in D.C. public schools had an average score of 250 out of 500 in the NAEP reading test. That was a lower average than any of the 50 states.”
That’s baloney.
Right Dunceboy Martin…?

Perhaps the teachers are not competent in the subjects they teach. Let’s test them as well.

The pupils are not the only thing failing despite the money spent in Washington. I’m far more concerned about the corrupt, ignorant, greed based, lack of common sense, and divisive hatred in Congress, the court system, the media, and the White House. How can you fault the pupils and school system for emulating our elected politicians and judges in Washington DC? How exactly does that work?

The stock archive picture of a class full of Caucasian students above an article about D.C. “students” is criminally misleading and dishonest……over 90% are black with few having any DNA from other races, resulting in an average I.Q. score of barely 70-the threshold base for mental retardation. Since trained primates can reach I.Q.s of low to mid 60s, the D.C. “school”system is basically “educating” domesticated animals more suited for the enclosed pens of the primate houses than the classroom.

Wow… another example of a TBE poster saying the quiet parts out loud. Ken, Edgar, “Dr.” Warren… you guys are right with this guy… (that wasn’t a question)…

Your comment is bullsh.t You are insane. LOL. Get Bent.

Edgar, I knew you were on board!! Well done!! Apparently the other Conservatives here have no issue with this comment as well. The silence is deafening!!

I assume that you agree with the comment because you don’t directly condemn it preferring instead to attack commenters on the TBE.

Tell you what, Doc, I condemn Bob’s statement as blatant Conservative racism. Your turn…. won’t hold my breath…

You are pro abortion which is inherently racist – see planned parenthood.

Yep… that’s what I thought, Doc. You agree with Bob…

Your government at work!

The problem is the cohort not the process.

standard test scores are racist, in fact any standards are racist. Here to a world without standards.

The answers are many but the simplest most comprehensive solution is vouchers controlled by parents. Competition creates excellence. Monopoly creates slovenliness.

Politicians know how to spend money so it is no surprise that they throw money at the DC public school problem. The further you get away from DC, and the lower the funding for public school systems, the better the result – with the exception of democrat run cities. It is obvious that money doesn’t produce results in the monopolized public school setting yet non-monetary solutions are fought against by the left who doesn’t want an educated public – better a BLM riot than Nobel prize winner with African blood.

“non-monetary solutions ” Such as?

More charter schools, vouchers, school choice? Start with any of those.

My hope. Is that the democrat controlled Virginia senate flips republican and vouchers become the main way of funding the education of the public school kids. And further, the decisions are completely in the hands of parents with the state maintaining a hands off policy as long as increasing educational standards are met. The left complains about the 5% voucher school failures while the public school failures are in the majority in the democrat run cities