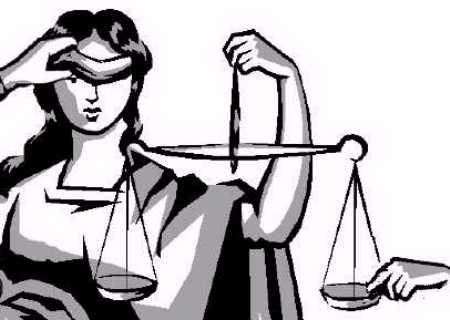 The Washington Supreme Court has overturned the conviction of a man for lying to police, because the man was non-white. If he were white, his conviction for making a false statement would have been upheld, because there was no dispute that he lied, and the questions he was asked by a police officer were typical attempts to gather information.

But the court ruled that the police officer’s questions to him effectively detained him, because his race, in the court’s view, made these questions (such as what his name was) more coercive to him than if he were white. It ruled that the criminal was detained by these questions, regardless of whether he felt detained, simply because, as an Asian or Pacific Islander, he was non-white.

By making it harder to question people of color about crimes and suspicious activity, the state supreme court’s ruling will make it harder to solve crimes in communities of color, such as predominantly-black areas. Murders are much less likely to be solved in predominantly-black areas than predominantly white areas, fueling a much higher crime rate. And the victims of this high crime rate are disproportionately black, because most crime is committed against people of the perpetrator’s own race.

The Washington Examiner reported that “race should be considered in determining the legality of a police stop,” according to the state supreme court. Its June 9 ruling in State v. Sum declared that “courts must consider the race and ethnicity of the allegedly seized person” when “deciding whether there was a seizure.” The ruling involved “Palla Sum,” who “gave the police a false name and birth date, drove off as law enforcement checked for warrants, and crashed into a nearby yard.” He was then “charged with making a false or misleading statement to a public servant, attempting to elude a pursuing police vehicle, and unlawful possession of a firearm.”

The state supreme court ruled that “Sum’s false statements to police must be suppressed because he was ‘unlawfully seized’ after the officer asked for his identification,” “A reasonable person in Sum’s position would not have felt free to ignore the officer,” Sum’s lawyers successfully argued. “Black drivers are 20% more likely to be pulled over and searched by police,” notes the Examiner. “No data have been collected specifically about Asian Americans and Pacific Islanders, however.”

The state supreme court’s ruling was illogical. If there is no data about whether Asians and Pacific Islanders are pulled over more often than whites, then why would a “reasonable” Asian or Pacific Islander fear police? My Asian-American nephew and niece don’t fear the police.

Even if black drivers being pulled over a higher rate showed racism against blacks (rather than showing a higher black crime rate), it wouldn’t show racism against Asians.

Nor would it give Asians a right to have their false statements to police disregarded, when statements by a similarly-situated white person would lead to the white person being convicted.

Another affirmative action plan was ruled unconstitutional because it covered not just blacks, but also groups like Pacific Islanders that had no documented history of being discriminated against by the state that was giving them a preference. (See L. Feriozzi Concrete Co. v. Casino Reinvestment Dev. Auth. (2001)).

Similarly, the Supreme Court faulted a city for giving preferences to Eskimos when it had only discriminated against blacks. (See Richmond v. J.A. Croson Co. (1989)).

It makes no sense to give Asians a preference by overturning their convictions, just because there was a history of racism against black people in the criminal justice system. But that’s what the Washington Supreme Court did.

The defendant, Palla Sum, was sleeping in his car when a cop knocked on his window and asked him who we was and what he was doing there. In response, Sum lied about whether it was his car, and “provided a false name and date of birth.” The cop did not take his driver’s license back to the police car, or otherwise prevent him from driving away. So Sum sped away, driving “at a high rate of speed through a stop sign and multiple red lights before ultimately crashing in someone’s front yard,” according to the state supreme court.

Although Sum did not behave as if he were seized or detained — indeed, he drove away — the state Supreme Court ruled that Sum’s subjective perception did not matter: “it is irrelevant that Sum drove away when Deputy Rickerson went back to his patrol vehicle to check Sum’s identity.” “The seizure analysis is not based on the subjective viewpoint of the allegedly seized individual,'” said the court. It also ruled that even if the cop had not intended to seize Sum by merely asking him questions, they still amounted to a seizure of Sum. “The ‘subjective intent of police is irrelevant to the question [of] whether a seizure occurred,” the court said.

It ruled that a “reasonable” person in Sum’s position would have felt seized due to societal racism: “an objective observer in Washington ‘is aware that implicit, institutional, and unconscious biases, in addition to purposeful discrimination, have resulted in’ many injustices against BIPOC, particularly in the criminal justice system.”

But there was no evidence of such discrimination against Asians or Pacific Islanders. As law professor Ilya Somin notes, police sometimes racially profile “young black males” because they “have relatively high crime rates compared to members of most other groups.” (The Bureau of Justice Statistics says the murder rate is higher among blacks).

But there is no reason to think that police racially profile Asians, who have low crime rates.

And the state supreme court did not cite any evidence of racial profiling against Asians. Instead, it said such evidence was unnecessary.

The court rejected the prosecution’s entirely sensible arguments that “Sum’s race is irrelevant” because “Sum did not produce evidence showing that police in Pierce County in 2019 were likely to commit acts of discrimination and violence against members of the Asian/Pacific Islander community” and because “the record” did not show any racism by the police officer.

The absence of such evidence did not keep it from overturning Sum’s conviction. “Requiring an allegedly seized person to produce statistics showing precisely how their race and ethnicity should be factored into the seizure analysis would artificially raise their burden, while unjustly ignoring the ‘pain, suffering, and distrust that statistics fail to capture,’” the court claimed.

Instead, it ruled that all people in the “BIPOC community” — black, indigenous, or people of color — are to be treated differently than whites because of “heightened police scrutiny of the BIPOC community.”

But it was wrong to lump together Asians and Pacific Islanders with all other BIPOC people. Courts have struck down affirmative action plans that covered all BIPOC people, when there was no evidence that each racial minority covered by them had been subjected to recent, widespread discrimination based on race in the specific area covered by the affirmative action program.

Lumping together Asians with blacks makes no sense. Asians are less likely to encounter “police scrutiny” than whites, because they have a lower arrest rate, and a lower crime victimization rate, than any other group. So “heightened police scrutiny” of blacks does not justify treating Asians differently than whites.

To give a racial minority group even a mild preference, there needs to be evidence of recent, intentional, systemic discrimination against that particular minority group — not just perception of bias or “anecdotal evidence” of discrimination. (See Hammon v. Barry (1987); Vitolo v. Guzman (2021)).Overturning a conviction based on someone’s race is so extreme that it should not be permitted even when a minority group does have a history of being discriminated against. After all, judges don’t allow people to be fired or disenfranchised based on race, even to remedy past discrimination.

Making it harder to prosecute minority offenders will harm minority crime victims the most. That’s because “violent crime” is committed mostly between members of the same race, according to the Bureau of Justice Statistics.

Just more evidence that the whole US Judicial system is just a corruption based POS.

How about a civil suit in federal court for unconstitutional judicial ruling.

I think you are on to something…if I ever get pulled over, I think I’ll identify as a black male, although it’s just the opposite…just call me bob..