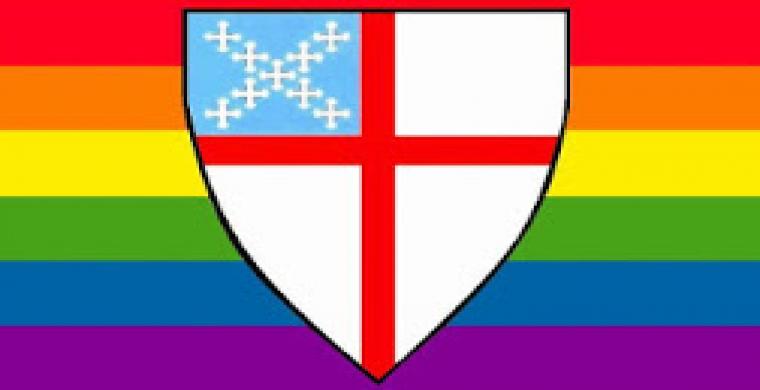 What Happens When a Church Moves Away From God was last modified: July 13th, 2017 by John Massoud

The Episcopal Church Continues to Move from Serving God to Serving its Self-Proclaimed Political Agenda – The Bull Elephant June 4, 2019 at 8:39 pm

[…] 2017 Mr. John Massoud wrote an excellent piece on the current state of the Episcopal Church http://thebullelephant.com/what-happens-when-a-church-moves-away-from-god/.  In this post he described how the church’s split over the issue of liberalizing church […]

People are confusing God with government. The Christian faith gave us the US government of yesteryear but we’re doing our best to remove the solid foundation of that in order to destroy ourselves.

John, how about giving us some examples of what happens when a church moves closer to God?

Also, does moving away from God help fill the collection plates?

if God is everywhere, that the term moving away from God makes not sense

Ain’t that the truth – and far too many supposed churches aren’t very welcoming of Him!

Separated from God by sin.

Obviously it does not “fill the collection plates” when it drives the congregation down to 80 souls.

Well, isn’t declining attendance a trend in all the major denominations?

The churches that are growing, by and large, are the ones that are actually preaching the Bible.

Any in Virginia preaching the Bible?

McLean Bible and Cornerstone Chapel in Leesburg. Both are huge churches because they DO preach the Bible.

Many, many. Almost any evangelical church fits that bill (including most Southern Baptist churches).

Reston Bible Church in Dulles does.

I don’t think it’s any secret that churches have been turning their back on the Gospel for generations to bring more people into the church. You need money to run a church. Empty pews do not fill the plates.

Neither political party meets any Biblical standards standards that I am aware of. They’re both a bunch of crooks.

how about just accept that fact that you White Christians are loosing power to the rest of the world. Your days of sending out missionaries to convert people across the globe are over. Your days of bullying the world are gone.

You will be quite please with Islam ——- if you survive.

only one other choice? Your comment is quite telling. Sorry for your loss

Who said you get a choice?

so happy hear that you are judge and executioner. Your confidence in your ability to know ALL things is remarkable. Stupid, but remarkable

You can mess with the truth by applying a skewed politically correct view of whatever you like, but you cannot change reality.

Missions are stronger than ever… and churches in other countries (including the Episcopalian church) have roundly rejected the moral relativism that has infected churches that are dying here.

Christianity gave you the freedom to write this drivel.

Christianity and the US Constitution.

I think you have a very skewed perception of Christians. We are extremely ethnically diverse. I am sorry if you had a bad experience with false Christians in the past (Matthew 7). I pray that the peace of the Holy Spirit fills you with the peace and knowledge of Jesus Christ.

You will find Christian bullies a whole lot more palatable than Islamic bullies. At least Christian bullies realized the sins of their forefathers and actually worked to abolish slavery. Moslem bullies have no such feelings of repentance. Just look at what Moslem bullies are doing today to white European women. And yet jokers like you reserve all of your venom for whites. You must be a miserable, anti-white racist.

The ECUSA and other Protestant denominations have adopted a liberal pub mentality in dealing with congregants. The deconstruction of Christian principles has accelerated and the trends place the ECUSA in the dead national church category in about a decade. By driving out families with the LGBT agenda and through hostility to conservative ideas like sin and redemption, the ECUSA is waiting for somebody to turn out the lights.

I love the old Episcopal Church. Now, Episcopalians are atheists in robes. Homosexuals have taken over the church for the money and the land.

Not just for money and land but justification of their lifestyle.

You have no idea how much money the Episcopal Church in VA has.

One thing I do know is that you can only sell an asset you own one time. I am astounded that the national headquarters was sold. In addition, how long is Falls Church going to remain solvent now that the majority of its congregants have left and become Anglican? These exiters are going to build their own church, not close and dispose of old churches.

To those who constantly preach a “judge not lest you be judged” line.

Yes, Jesus said “he who is without sin cast the first stone.” But he followed that up by telling the woman who would have been stoned “go and sin no more.” Loving our neighbor DOES NOT mean never making them feel guilty or judged. True love includes pointing out where our neighbor is running afoul of God’s law so that they do not suffer God’s judgement.