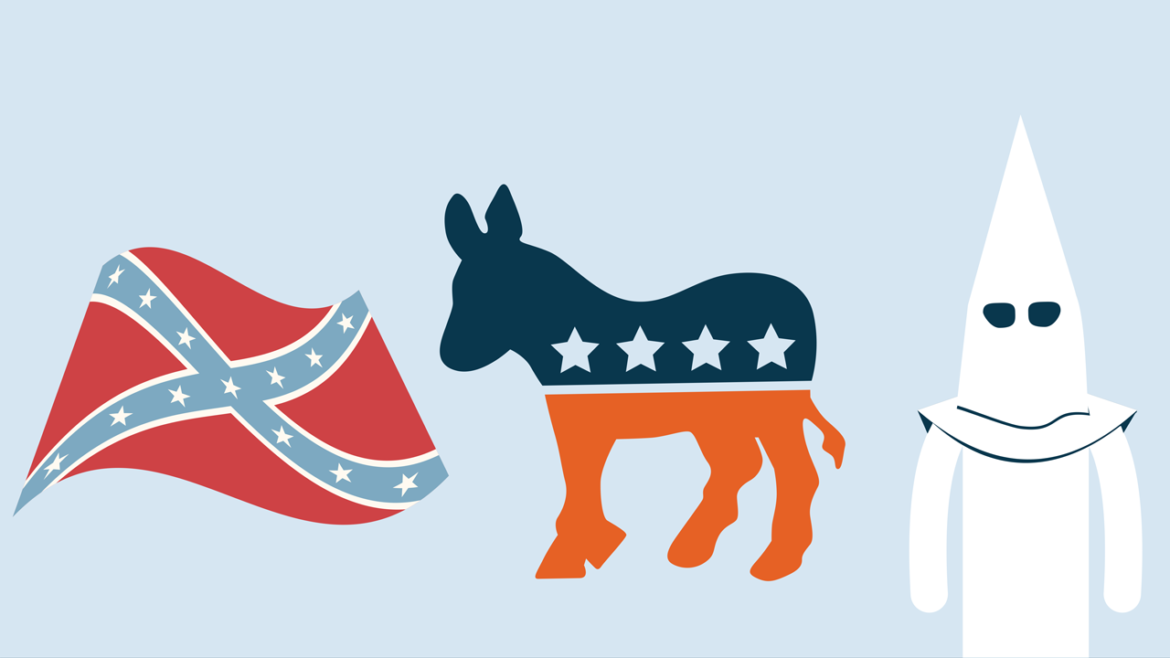 What is in a Name?

Unofficially Democrat Committees throughout the United States are changing the name of this signature event to distance themselves from Presidents Thomas Jefferson and Andrew Jackson ties to slavery.

If the Progressive Left is rebranding history â€¦ why stop there?

After all it was the â€˜Democratâ€™ Party that voted overwhelmingly against the 13th, 14th and 15th Amendments of the U.S. Constitution that ended slavery and gave African-Americans citizenship and the right to vote.

It was the â€˜Democratâ€™ Party that formed the KKK and Jim Crow laws to deny African-Americans full rights of citizenship for an additional 100 years.

It was the â€˜Democratâ€™ Party that elevated Senator Robert Byrd, a former Exalted Cyclops of the KKK and one of many Democrat opponents to the Civil Rights Acts, to the Leader of the Senate.

It was the â€˜Democratâ€™ Party, through President Franklin Roosevelt, that forcibly interned 100,000 U.S. citizens of Japanese ancestry during WW2, but not U.S. citizens of German ancestry.

It has been the â€˜Democratâ€™ Party that has committed the majority of the social injustices in America, including denying the unalienable right to life for 60 million Souls.

If the Progressive Left is renaming fundraising galas because of political correctness shouldnâ€™t they be true to their convictions and just drop the â€˜Democratâ€™ name?

What is in a Name? was last modified: March 20th, 2018 by Guest Contributor Andrew Nicholson

so when did the dems and repubs decide to swap names?

Andrew,
I don’t dispute your claims about the old Democrat party being the supporter of slave ownership.
Now let’s move to the modern Republican.The modern Republican is the party of Labor exploitation of illegal immigrants, the modern slave.
One needs to look no further than the 5 Va House Republicans that voted NO on hb1106. We would not want the Va Attorney General opening up Va. State Depts and Agencies of payroll, tax and workers compensation insurance fraud now would we.
Oh the times are changin, I think you are stuck in the 1800’s.