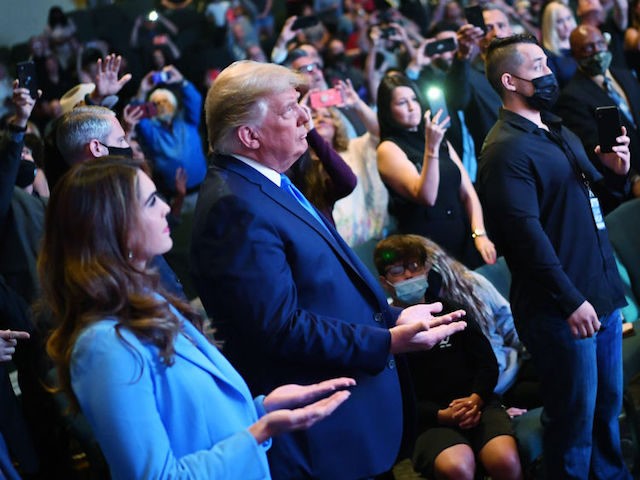 The Case for Trump – Part 4

“Against all of this, Donald J. Trump – alone among all the candidates for president – pushed back.”

Lest we forget, there’s a reason Donald J. Trump was elected in 2016.

For twenty-four uninterrupted years during the Clinton, Bush, and Obama presidency’s – bookmarked between the “dot.com” boom and the rise of the giant tech monopolies – the elite, American “ruling class” never had it so good. Not even 9-11 or the housing crash could knock America’s presiding hierarchy off stride.

In the political, news-entertainment, religious, academic, and international business worlds, the ruling class was busily disconnecting America from what she was to what the global world needed her to be. The new role was that she was the piggybank for much of what the worldwide elites wanted and provided military security for the western world. The strip-mining of national wealth would not only be in greenbacks, although there would be plenty of that but in transferring whole industries to other parts of the world, especially the Chinese.

America’s middle-class suffered as tens of millions of middle-management jobs were eliminated, incomes stagnated, poverty spiked, illegal immigration exploded, and entire communities woke up to find the factories and manufacturing base had been unbolted and moved off-shore. The small businesses that survived from those incomes began closing.

In between it all, at every turn, the ruling class did fine. The wealthiest counties in the country were centered in the Washington, D.C. suburbs and a handful of counties in New York and California. Every time a crisis arose, they seemed to grow richer.

Perhaps worse than all of that, Americans of faith – traditionalists, conservatives, and evangelicals – found themselves in a very real sense the enemy of the elite, ruling class. They saw all around them the disconnection and disrespect of faith in public life. As the culture collapsed over the decades, the pressure mounted for traditionalists and evangelicals to abandoned their bibliocentric worldview, their devotion to Scriptural integrity, and, of course, their devotion to the Person and Position of Jesus Christ, as Savior of the world.

The American people were lectured that we weren’t exceptional. We were actually exploiters. We were told that our faith should be replaced with guilt for our success. Instead of good (after all, we had only saved the modern world twice, rebuilt what others destroyed, sent unceasing aid and missionary’s without end, and exported tens of trillion dollars of American wealth), we were irredeemably racist and unworthy recipients of all we had stolen.

Against all of this, Donald J. Trump – alone among all the candidates for president – pushed back. He lamented “stupid” trade deals deliberately designed to off-shore American jobs and tax codes that trapped foreign earnings from returning as capital to the U.S. He ridiculed “nation-building,” and the unending wars and the loss of our brave fighting men and women that resulted from a mind-numbing foreign policy that ensured America’s interest was rarely a consideration.

But, most importantly, candidate Trump reminded Americans that they were the inheritors of American greatness, a unique gift from God and that the American experiment was rooted in America’s religious heritage. Not outwardly a pious man, obviously, he nonetheless spoke to the traditionalists and evangelicals and their fears about the future. He championed life issues, public faith, and our historic founding in ways that resonated. No one else did.

He spoke not to the elite ruling class but to common men and women who did not want to dismantle America – or their way of life.

For this, four years ago, Donald J. Trump took a majority of the Catholic vote, and nearly 80% of the evangelical and traditionalist vote. Now the question is, four years on, has the crass, brass street-fighter from Queens earned the votes of this faith community once more?

The shock of the election results in 2016 in the faith world was no less telling than the shock in the other parts of the ruling class, whether in government, academia, or the news-entertainment complex.

The truth is that President Trump has delivered in rhetoric, policy, and direction. However, the same fault lines remain, and there is a contingent of faith leaders and “intellectuals” who are opposed to Donald J. Trump today, as they were four years ago. The names have been recycled.

Some, perhaps many, in the intellectual class, or Evangelism, Inc., – those who held the keys to the institutions of faith – long ago became disengaged from the people who sit in the pews. Many have almost no connection to the life of average Americans. The exceptions to this were in 2016 and remain as scarce as water slides in Death Valley.

Witness the brouhaha kicked up by the former editor-in-chief of Christianity Today, Mark Galli, in his last editorial before retiring last December (Trump Should Be Removed from Office). Ironically, it was not really about President Trump at all but stood like a flashing blue light at Wal-Mart calling attention to how little he understood the very people his website purported to inform.

Leaving aside Mr. Galli’s shocking dishonesty concerning the use of facts, the absence of biblical merit of his parting editorial, his patronizing of other believers was already well known and revealing.

After President Trump’s surprising election victory, Mr. Galli bluntly confessed: “I know hardly anyone, let alone any evangelical Christian who voted for Trump. I describe evangelicals like me as ‘elite’ evangelicals … and [we] this class of evangelicals has discovered that we have family members so different they seem like aliens in our midst. These other evangelicals often haven’t finished college, and if they have jobs (and apparently a lot of them don’t), they are blue-collar jobs or entry-level work. They don’t write books or give speeches; they don’t attend conferences of evangelicals for social justice or evangelicals for immigration reform. They are deeply suspicious of mainstream media. A lot of them voted for Donald Trump.”

As stunning as this admission is, it merely reflects the religious and political fault lines that still exist.

In measurable ways, some pieces of the modern traditionalist and evangelical church have fallen victim to the hardened, formidably organized, radical left in far too many seminaries, non-church ministries, and pulpits. This “progressive” movement within the larger church, while supposedly small, has been towed into the public arena by a sympathetic news and entertainment industry, making it appear more prominent than it is.

So, once more in 2020, the question is, what is a Christian to do with Trump?

Were we electing a preacher, my answer would be different, but I have a fine pastor already. I need a president. I need one who is going to fight for my voice in the public arena and safeguard the most treasured thing we American’s share – the Constitution. Our God-enshrined rights to free speech and religion.

The only person who has spoken up to do so is President Trump. He has been an unabashed advocate for life in the womb and of life after birth. He believes in jobs and hard work as the answer to poverty, and he has delivered.

He has brought many businesses back to these shores, and he’s challenged the trade of sex slaves and indentured slaves around the world. He’s called out the atheist Chinese government and called for religious liberty around the world. He’s brokered a peace deal in the Middle East few thought was possible. He’s moved the U.S. embassy to Jerusalem, where others cynically said they would, only to ignore their promise. He has remade the judiciary. He handled the Wuhan pandemic as well as could be expected, in relation to the information and equipment he had at hand, and without a doubt saved thousands of lives.

By my count, around 122 promises he made in 2016 have been kept, or he is attempting to keep. He is the first “straight talk” and transparent president (some might say too transparent) the U.S. has had since Ronald Reagan.

But finally, as a practicing evangelical, I’m called to bear the Truth of Christ into the world and to be an ambassador of reconciliation. I’m reminded the world isn’t mine to save. I’m only one of His tools. At the end of every subject, that is our mission statement. That alone makes this election easy for me.

One candidate supports my public right to do so, and the other is beholding to a movement that hates orthodox Christians and Jews and wishes to take their voice away.

The decision is really no more difficult than that.

What’s a Christian to Do with Trump? was last modified: October 21st, 2020 by Michael Giere