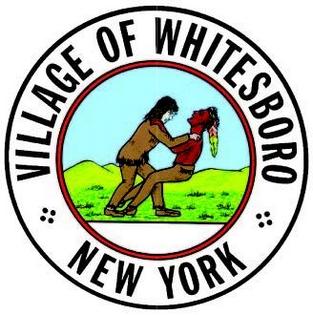 Which Symbol is Racist, Whitesboro or the Redskins?

We know the Obama administration and other extreme liberals want the Washington Redskins to change their name because it’s ‘racist’.  Never mind that Redskins symbol honors Native Americans and always has.[read_more]

The village of Whitesboro NY has this symbol representing their town,

According to the Mayor this symbol does not portray a a white man pushing a Native American to the ground but shows them engaged in a“friendly wrestling match“.

Can anyone say that symbol is fine but this one isn’t? I think not.

Which Symbol is Racist, Whitesboro or the Redskins? was last modified: July 24th, 2015 by Jeanine Martin

Hmmph. That poor brave is being forceably had by a white woman – bet you she founded the town.

Judge Lee’s decision is erroneous. I don’ know if it will be overturned but it should be.

I worked on the original Suzan Shown Harjo trademark cancellation case when I was In House Counsel for Jack Kent Cooke being in charge of complying with discovery requests. There are a number of problems with Judge Lee’s decision. The case should not have been decided on a summary judgment motion. Judge Lee doesn’t mention the 2002 Sports Illustrated poll showing a vast majority of Native Americans don’t find the name Redskins offensive and an An…nenberg poll coming to the same result. He cites an American Heritage dictionary definition for the proposition that the term “Redskins” is “offensive slang” but fails to note that one of the petitioners to the original trademark cancellation case, Vine DeLoria, Jr., was on that dictionary’s usage panel and was responsible for that designation. He states the First Amendment does not apply to this matter and cites the recent Confederate flag license plate Supreme Court case for the proposition that the average American views the Redskins trademark as being government speech. (This is ridiculous.) He fails to note that the Red Mesa High School in Arizona which consists entirely of Navajo Indians uses the term Redskins as their mascot. https://www.documentcloud.org/documents/2159478-redskins-decision.html