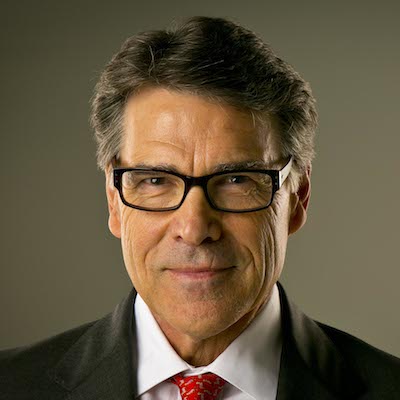 The new Republican Party of Virginia Chairman’s first big fundraiser was a smashing success. Hopefully this is a sign of bigger things to come.[read_more]

John Whitbeck hosted a sellout crowd last night in Richmond for a fundraiser headlined by former Texas Governor and potential 2016 presidential candidate Rick Perry. According to my sources, the Party walked away with well over $50,000 in proceeds, thus allowing Whitbeck to pilot the RPV beyond the event horizon of what could otherwise have been a crushing black hole of debt.

That’s not to say RPV has completely escaped the gravitational pull of said black hole. There are still plenty of folks who would love nothing more than to see the Party consumed by its debts and fundraising difficulties. (One such person is famous for his threat to facilitate just such an eventuality). Thankfully, there are more people willing to bet on the success of the Party–from all parts of our coalition–than there are who scheme for its demise. That success is made much more likely with John Whitbeck now at the helm, who has reportedly raised much more than last night’s haul through contact with individual donors.

If Whitbeck is doing his job right, he’s necessarily not going to see eye-to-eye with everyone all the time, and he’s done things I’ve disagreed with in his short tenure. Fundamentally, though, the new era that RPV desperately needs must be born of strong leadership for the WHOLE party, not just one faction or another. On that score, as evidenced by the unifying success of last night’s event, Whitbeck seems to be hitting the right marks.

So, kudos to John Whitbeck (and to outgoing Executive Director Shaun Kenney) for a fantastic event! This is a great start to Whitbeck’s term. Let’s hope we see many more repeat performances.

[…] Trey Gowdy was scratched due to some amateur branding of the event from the state party. While some have trumpeted a recent fundraiser headlined by former Texas Governor Rick Perry which yielded roughly $50,000, […]

I wonder if MR. Whitbeck has a predetermined future with the Republican Party , or if he is able to understand the complex issue of illegal aliens operating illegal business in Virginia.
Will he lead Republicans to combat illegal commerce and illegal employers that foster Virginia’s ever growing underground labor market .
Reason , how can one have the credibility to speak of job creation when we willfully do not enforce those laws that protect law abiding employers.
Please refer to Kenric Ward’s story at watchdog on Rouge Unlicensed Sub-Contractors .
Is the Republican and Tea Party protest to illegal immigration and a claim of job creation just
” hot air ” ?

Just try to get a little truth out.
Please check Kenric’s story , maybe TBE will give it a look.
It is honest. Thank you MR R

Why not tell us how much Gov. McAuliffe got for the Hillary campaign for throwing the middle-class under the bus when he signed SB 1349?

How much was that worth? Ran over the middle-class, then backed up and ran over us again to make sure he got us all!

Congrats to everybody at RPV who made this event happen. This should be the first of many such fundraisers to come with potential Preisdential candidates. With Virginia seen as a purple state, we should be putting the call out to all the GOP hopefuls to come and help us raise money.

Congratulations to Chairman Whitbeck and his team on the first of what is hopefully many future fund raising events establishing a return to fiscal health for the party coffers.