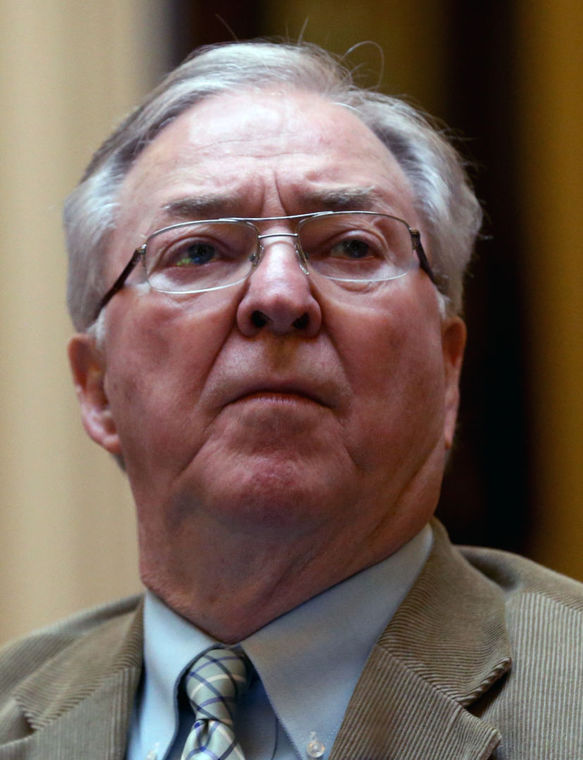 Who will run for Walter Stosch’s senate seat?

Senator Walter Stosch announced his retirementÂ yesterdayÂ andÂ speculation is already circulating on who will run for the Republican nomination in 12th Senate District. A quick survey brings four names to the surface. Let’s take a brief look at them.

Bill Janis has been considering a run for many months. In fact, Bill was actually planning on challenging Senator Stosch in a primary. Obviously he won’t need to worry about that anymore if he decides to move forward. He has been making calls to key individuals to get their perspective and gauge interest.

Bill Janis is a former Republican member of the House of Delegates. He left the House of Delegates to run for Henrico Commonwealth Attorney as an Independent against the Republican nominee, Matt Geary. That election was an unfortunate saga.Â  Geary had wonÂ the Republican nomination fair and square, but facts surfaced about his private life that made people uneasy, so Janis was recruited to run as an Independent by manyÂ within the GOP. Â At the end of it all Geary and Janis split the vote and the Democrat won.

Janis has a conflicting biography, which makes him an enigma to many in the grassroots. When it comes to votes, many conservative still remember Bill Janis “taking a walk” during the critical 2004 tax increase that allowed Mark Warner’s massiveÂ tax increaseÂ out of committee, despite the state sitting on a surplus. Overall though, Bill has a solid conservative voting record. Relationships and loyalties also prove interesting. BillÂ is a close friend of Ray Allen and Eric Cantor. His wife has worked for Cantor/Allen for years. Janis is certainly well-connected with more of the centrists in the party. Conversely though, Bill Janis was only one of a few handful of politicians who backed Joe Blackburn when he ran against Senator Walter Stosch in the 2007 Republican Primary.

Janis should be able to raise a decent amount of money as a former politician. He would also start off with some name ID and support, since he has represented a portion of the district as delegate. His uphill battle would be with key grassroots activists, particularly those who were instrumental in Dave Brat’s victory over Eric Cantor.

Not much is known about Vince Haley at this point. From what I understand he is a staunch conservative who has been very involved in national politics. He worked for Newt Gingrich for years. According to Politico:

Vince Haley is the Vice President of Policy at American Solutions. Formerly the Research Director for Speaker Gingrich at the American Enterprise Institute.Â Haley graduated from William and Mary in 1988 with a BA in political science and holds law and master’s degrees from the University of Virginia and a masters of European Law from the College of Europe in Bruges, Belgium.Â Haley has been interviewed on Fox News, Fox Business News, CNN, and numerous national and local radio stations.

Haley also made a national name for himself in the Wrenn Chapel Cross controversy, where he passionately argued that the Wrenn Chapel Cross should not be removed from the church. He has piqued the interest of many grassroots conservatives who have met him. Haley was planning on challenging Stosch (like Bill Janis) in a Republican Primary.Â People are floatingÂ that HaleyÂ would haveÂ the ability to raise substantial funds through his Gingrich connections. He could be a interesting person to watch.

This is speculation on my part, but I would be surprised if Peter doesn’t consider running for this seat. He has beenÂ a member of the House of Delegates since 2012. Farrell ran for the delegate seat that opened up when Bill Janis stepped down to run forÂ Commonwealth Attorney.Â His dad is CEO of Dominion Resources, so his connections to fundraising would be superb. He would largely appeal to the centrists in the party if he chose to run.

Joe Blackburn ran against Senator Walter Stosch in the 2007 Republican Primary. Stosch spent Â more than one million dollars defending his seat (to Blackburn’s $257K) and only retained his seat by a margin of 266 votes out of the more than 16,000 votes that were cast. It was an amazing race. I was very involved in this race and I have rarely seen a candidate work harder. Blackburn personally knocked on 10,000 doors, whether it wasÂ raining or shining.

Blackburn is a lawyer and former chairman of the Henrico Republican Committee. He also ran in the 6-wayÂ raceÂ House of Delegates open seat in 2000 that was eventually won by John O’Bannon. He lost that race by a small margin as well, coming in second.

Blackburn is a staunch conservative and passionate about the issues. He is a fiscal hawk, social conservative, and big defender of civil liberties. He and his wife were staunchÂ supporters ofÂ Dave Brat in the primary against Eric Cantor. He has lived in Richmond for a lifetimeÂ and is well connected in the Richmond community. BlackburnÂ came within 266 votes of taking down a titan in the Senate, Walter Stosch, and would prove difficult to beat if he chose to run. Blackburn could quicklyÂ activateÂ friends and supporters, raise money and reestablish his political organizationÂ if he chose to make a run for the 12th district seat.

As far as I see it, Blackburn would be the person to beat if he chose to run. I’ll keep my fingers crossed and keep burning up the phone lines. Should he choose not to run I’ll have to take the time toÂ get to know Vince Haley.

Who will run for Walter Stosch’s senate seat? was last modified: January 14th, 2015 by Jamie Radtke

glad to get rid of this establishment unconservative hack.

Blackburn worries me because of his connection to Boyd Marcus.

I can understand your concern on face value, but as someone who was involved in Blackburn’s 2007 race and knows Blackburn very well, I can tell you he has been appalled by Marcus/Allen antics over the last several years. He was a very strong Cuccinelli supporter (did not approve of Boyd’s actions) and was a strong supporter of Brat over Cantor/Allen. He also staunchly supported my senate race against Allen as well. He consistently has been on the conservative grassroots side.

Bill Janis is a West Point graduate who got in and became Speaker Howell’s puppet. He is an establishment guy for sure. Blackburn is a true conservative and very bright. He was able to raise an impressive amount of money, especially as a challenger in the same party. Should he run again, the glass ceiling would be lifted since it would be an open seat. I’m pulling for Blackburn! We don’t need to elect anymore establishment hacks.