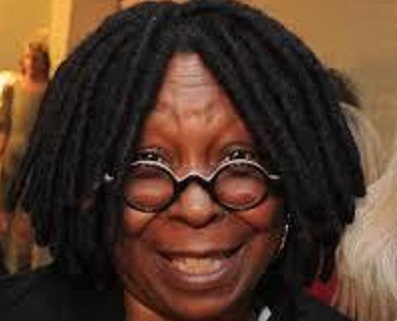 Whoopie Goldberg and Those Christian Monsters

On The View, Whoopi Goldberg argued that Americans had no right to be judgmental toward potential Islamist immigrants from Syria, because after all, the most terrifying monster, Adolf Hitler, was a Christian. I don’t know anyone who watches The View, so I cannot sympathize with the kind of person who listens to someone as ignorant and dishonest as Whoopi Goldberg for the purpose of informing oneself about the world, but on the off chance that it is true that people do so, I would like to address both Goldberg and them.

So, there is that. Mindlessness and ignorance on display like an Airedale Terrier at Westminster. Thankfully, the rest of the world is not necessarily as mired in the quicksands of stupidity. The staff over at the Federalist quickly debunked the assertions of these woefully benighted bastions of daytime television.

Co-host Joy Behar exclaimed that this stance wasn’t very Christian, then implied that the Christian refugees are super dangerous.

Thank you! Yet, debunking these claims isn’t the real story. The real story is that liberals actually believe these lies and misshapen logics. They actually believe that Monstrosity is to Christian as Monstrosity is to Islam (if you’re taking your SAT’s anytime soon, pay attention). For one thing to be like another, they must have objective qualities in common. So, if we are to discuss the monstrosities of Christianity, we must compare it contextually to the modern monstrosities of Islam.

So what is going on in the world that is causing all this contention? A large minority of Muslims across the world are committed to interpreting their scriptures literally and to achieving, in reality, the promises of their prophecies. Which means, all non-Muslims must either submit to Islamic Law or die. They seek to create caliphates, within which there is permitted no departure from orthodox Islamic Law, and to expand these caliphates through war and by any means necessary. Christians, Jews, and Westerners have been Crucified, Beheaded, Burned to Death, Drowned, and Executed.

These are the facts about the disturbing realities of Islamist terror across the world. These are the things that Christians, Hindus, Buddhists, Jews, and Agnostics are concerned about. After all, this isn’t merely a threat to those of different religions. Homosexuals have been thrown off buildings, adulterers have been stoned to death, and girls that have been raped have been killed on behalf of the honor of their families. One need not practice a religion to be horrified and enraged by these atrocities.

Therefore, for an objective comparison to be made, we must compare these Islamist Terrorists to Christian Terrorists. Let’s go down the list. Is there a large minority of Christians across the world aiming to create a Christian State, wherein all non-Christians must either submit to Christian Law or die? The answer is no. In fact, there are not even minuscule minorities of Christians who think this way. Are Christians crucifying, beheading, burning to death, drowning, and executing those who do not except orthodox Christian rule? Again, the answer is no. Are Christians throwing homosexuals off of buildings, murdering adulterers, or killing girls that have been raped on behalf of the honor of their families? No. Of course not.

The reality is (and this is merely a fact) that it is Islamic Orthodoxy, Fundamentalism, and violent jihad disturbing the peace, slaughtering the innocent, and spreading into Western Civilizations made tolerant and open through reformation and through the philosophies of The Enlightenment. You cannot Pooh-Pooh Islamic Fundamentalism by saying that all religions have their monsters and that it’s a wash. It’s untrue. It’s ignorant. It’s offensive.

These women on the view are ignorant, hate-filled proselytizers of secular statism. They place their faith in individual men and women. They cling to their leaders rhetoric like an infant to its’ mothers breast. They have no knowledge, no philosophy, no principle, no morality, and no means by which they can decipher reality and current events. Their minds are impotent. They are only capable of repeating the lies and logics of their leaders. This is at the very heart and nature of liberalism and statism.

You see, Christians place their hope and faith in God, his Son Jesus Christ, through the ministry of the Holy Spirit. We do not place our faith in Man. Our liberty, our prosperity, our justice, cannot depend upon the power of individuals within our political leadership. These rights have been given to us by God. We may support politicians with similar world views, but we do not look to them for our freedom and dignity and identity. This is why the Republican Party is ever at a disadvantage. If a Republican politician goes against the morality and reason of their constituents, their constituents rebel. We are not loyal to leaders, but rather to principles, to justice, and to truth. We abandon our leaders when they abandon our principles, and when they abandon justice and truth.

The Democrat Party marches in lockstep, despite its’ absurdities and perpetual failures. It doesn’t matter what their leaders do, there shall be no revolt, because they have no principles, they do not even believe they have access to real knowledge of the truth, and justice is merely the consensus of a mob. Take warning – these women on The View are not harmless. They are a dangerous and life-threatening symptom of a terrible disease.  They don’t know right from wrong. They look to Obama and Hillary to tell them what to think and what to believe. They really believe in things like man-made global warming, because their leaders tell them to do so. They really believe that America is an intolerant and bigoted nation, because that’s what their leaders tell them is true. They really believe that all these refugees are Syrian, are harmless, and are mostly comprised of widows and orphans. They have no reason to believe any of this, except that they have been told to do so by their leaders.

This is the real dilemma we face in America. This must become a focus of our study and a premise in all of our equations. Reason, in our dealings with the likes of Whoopi Goldberg, is ineffectual.

I am reminded of Gov. Bobby Jindal’s words for Pres. Obama not too long ago when Obama likened radical Islam to the Crusades: “The medieval Christian threat is under control, Mr. President. Please look out for the radical Islamic threat today.”

Good article, but let us not fool ourselves. We have within the Big Tent of the GOP comparable fools who have swallowed this cultural moral relativism hook line and sinker. Just read some of the commenters and authors at Bearing Drift. They are more dangerous than the Democrats are. I can at least understand why the Democrats wish to bring Islamic immigrants into our country – votes, which is all Democrats care about.
But for alleged conservatives to be welcoming Islam to our shores….given the violent history….given the recent events around the world….given the fanatical ferocity in which an unhealthy percentage of Moslems practice their religion today….given Islam’s inability to reach an equilibrium between faith and reason, church and state….well, it is mind boggling.

you false outrage is laughable. The opposition to the refugees is all about politics and a lame attempt by the GOP to gain traction on the presidential race, nothing more

Those murdered by these Islamic fanatics are not laughing. באָלוואַן

but I am laughing at your transparent attempt to portray Obama and the democrats as favoring terrorists and uncaring about US security, You will not sway anyone by this rhetoric into voting GOP. cut it out

Mighty concerned by this, aren’t you Troll? President Obama’s foreign policy is bearing bitter fruit. Laugh while you can Monkey Boy!

Never could stand her. I’m so over the liberal bias.