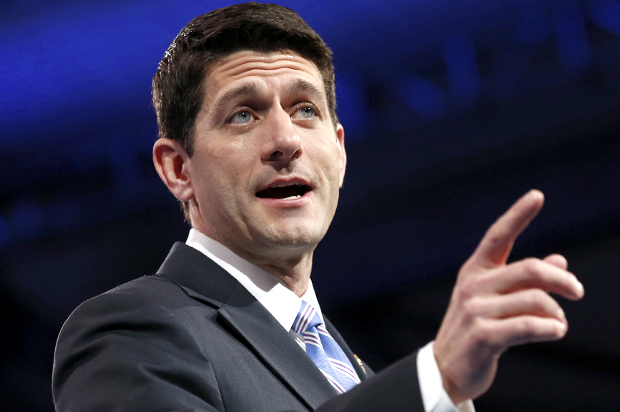 Why Aren’t We Discussing the Republican Healthcare Plan?

It has become clear to the vast majority of Americans that the Affordable Care Act (Obamacare) is about to collapse under its own weight. Obamacare never could have worked and I’m not certain it was ever intended to succeed. House Republicans, recognizing the need to offer a real plan, have craftedÂ an alternative based on some rather sound economic principles.

In June, House Leadership discussed their plan to save our healthcare system.

In this video, Speaker Ryan begins by detailing the fundamental philosophical flaws of the Democrats quantity-based plan. The ACA, which dramatically increased subsidies for health insurance, increased demand for everything from regular checkups and prescription drugs to life-saving surgeries and procedures. It is not these life-saving surgeriesÂ that areÂ increasing premiums. It’s the regular checkups and increased doctor visits. The ACA increased the demand for standard medical services without increasing the supply of those services. Increased premiums were inevitable.

The Republican Plan keeps the most popular aspects of the ACA while implementing free market solutions aimed at lowering costs by increasing competition for American healthcare dollars. The ACA is a top-down, command and control approach to health care. The Republican Plan seeks make more choices available by encouraging health savings accounts, allowing small businesses to join together to increase their purchasing power, and by allowing citizens to shop for insurance across state lines. Republicans want Americans to be able to buy plans they, not the government, believe best serves their needs; and to take that policy with them as they change jobs, move from state to state – plans that can grow and change with the needs of the patient.

Speaker Ryan and Congressman Scalise reaffirmed their commitment to repealing Obamacare. In other words, while some popular aspects of Obamacare will be retained, they are not simply “fixing” the ACA. They are going to put an entirely different system in place – and that’s exactly what needs to happen.Â If you have an hour to spend to watch the second video, I implore you to do so. The four Republican Chairman who worked on this plan explain, in detail, what the Republican plan looks like and why they believe it will be effective. The first half of the video are broad summations, but at minute 26 they begin to delve into the details.

I have been frustrated with Republican leadership for years, because while they talked about being opposed to Obamacare, they never actually put forward a positive, comprehensive plan to replace it.

[…] Why arenâ€™t we discussing the Republican healthcare plan? […]

1) Where in the Constitution is the Security State given authorization to enter into the Health business? (Oh! We aren’t doing the Constitution … and nobody cares? And I am naive or tin hatted for bringing this little fact to notice!)

2) We were forced out of a reasonably good insurance by skyrocketing premiums. We just can’t, will not, won’t pay forever escalating cost.

3) I will rot and die in jail before I will pay the Regime a cent in fine for not having something which the Regime is not authorized to demand of me in the first place.

4) Republican Marxism is not going to be any more effective than Obama-style Marxism.

Yeah, maybe Obama will sign it before he leaves office, or if you get your way, Hillary will sign it.

One can only hope.

And that is why you must be opposed and defeated.

One can do more than hope, or suborn a Clinton Presidency, one can fight, one can make a difference, albeit minuscule. If you’re not doing everything you can to put Trump over the line, we get Hillary.

This is conflict, a battle, one that no one actually wants, but it reveals character.

My knowledge of Trump/Clinton comes for the most part info I’ve gleaned. I’ve come to know Mick, Cathy, Babs, et al from first-hand experience. For them to allow their own taste, hate, lust, greed, whatever to advocate a surrender of America to Clinton, is a knife in the back. I’m more disgusted by the character of my ‘fellow republicans’ than I am of Trump and Clinton”s combined.

If it wasn’t Trump, and it was any of the nominees, ineligible or otherwise, would this kind of behavior be acceptable? We not only have oathbreakers at the top of the party, we’ve got them all up and down the rank and file as well. It is no wonder to me how our party has rotted from within and it shows.

I tried. Look, I can’t gear up to fight a Chondrosarcoma in order to ensure some Cholangiocarcinoma.

Your agenda is clear.

The lines are drawn

There is no try

Ryan and Boehner and Mitch had there chance, they blow it.
If those guys did what they where elected to do there would be no Trump.

1. ” Republicans want Americans to be able to buy plans they, not the government, believe best serves their needs; . . . ” And if those people are working two minimum wage jobs that do not provide medical insurance and their income is not sufficient to pay the going rate for medical insurance? Same old republican health care plan: If you can’t afford to get sick, die.

2. ” It is not these life-saving surgeries that are increasing premiums. Itâ€™s the regular checkups and increased doctor visits.” So we aren’t supposed to have regular checkups and doctor’s visits? That’s what avoids expensive surgery. I’m an Advanced Life Support EMT in a rural VA county. Fully 1/3 of our calls are for uninsured people whose conditions have deteriorated because they don’t have insurance, don’t get check-ups . . . they just wait until they are very, very sick then we take them to the ER.

Now, now, how could they keep hawking the leftist talking point that the GOP has no plan if people started talking about the GOP plan?

I would argue that Obamacare worked precisely as planned. Destroy our health insurance system so the Government can implement single-payer universal healthcare at the federal level. Then they can control every aspect of our lives in the name of healthcare.

Obama stated during an interview that Obamacare was just about getting the gov’t healthcare ball rolling. They passed what they could get away with at the time and planned to “fix” it through future bills. All of this presumably heading towards a single-payer system.

There are only 4 things I want the gov’t to do in regards to healthcare:
1. Complete, 100% repeal of Obamacare
2. Allow insurance companies to sell plans across state lines
3. Limit civil suits for “malpractice” (probably has to be done @ state level)
4. Massive deregulation (eliminate most of or all of the FDA) – Stay the hell out of the way and let the free market do its work

Politicians can’t resist meddling. It is in their DNA. How do we minimize their meddling is the vexing question.