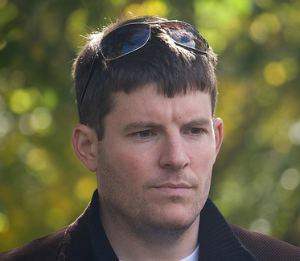 Will Corry Bliss Once Again Help Republicans Snatch Defeat From The Jaws Of Victory?

Republicans need to pick up six seats to take majority control of the US Senate.  Most political pundits think it’s likely to happen.  They counted on Kansas to a be a part of that majority since Kansas hasn’t elected a democrat Senator since 1932. But it might not be so simple. [read_more]

It was assumed that incumbent Pat Roberts would cruise to re-election.  His seat was not one Republicans needed to worry about, or so they thought prior to Pat Roberts’ bruising primary against Tea Party candidate Milton Wolf.  Roberts prevailed, entering a three way race against Democrat Chad Taylor and Independent Greg Orman.  Last week Taylor abruptly dropped out the race making it a two man race and, making Robert’s election less certain.  Democrats believe Orman would caucus with them, helping them to keep their majority in the Senate. Orme has been both a Republican and Democrat. Democrats see him as chance to defeat Roberts and maintain their majority in the Senate.

So Roberts needs help to hang on to his seat. Republicans, in their infinite wisdom, decide to send in the big guns, and they choose for this important job the political consultant who has not lost one race, or two races, or even three races, but a grand total of SEVEN political races.  I have previously written about this 0 for 7 consultant, Corry (aka Corwin) Bliss.  Most recently he was the campaign manager for Georgia Senate candidate Karen Handel who finished third in a three way race.

In a prior race for Governor of Vermont this was said about Bliss:

“Corry Bliss took a candidate that was up 20 points and turned him into a loser by election day,” said Bradford Broyles, a Republican activist from Mendon, a town in the central part of the state, near Killington. “We’re still repairing the damage to the Republican party…If Corey Bliss runs [McMahon’s campaign] like he did us, hold on to your seats.”

Bliss didn’t lose the Linda McMahon Senate race in 2012 by 20 points, but he did lose it by 12%, after being paid well over $200,000 and after Bliss’s use of highly questionable campaign tactics.  “The State Election Enforcement Commission has issued a warning to Republican U.S. Senate candidate Linda McMahon about her “deceitful tactics” in disseminating absentee ballot applications in the final days before Election Day.”  More details here.

Prior to those races Bliss used his skills to lose two seats in Loudoun County.  John Stirrup was on his way to victory in 2011 in a three way primary for a Virginia Senate seat, running against against Dick Black and Bob Fitzsimmonds.  Stirrup brought in Corry Bliss, who ran a terrible, nasty, dark and vicious campaign against Dick Black.  Stirrup was no longer seen as the friendly, upbeat, nice guy candidate, but instead as a negative, mean, and deceitful candidate.  Stirrup lost and Dick Black is now our Senator, the most consistent conservative in the Senate of Virginia. Corry Bliss lost the campaign for John Stirrup with his nasty, negative campaign tactics. Bliss used the same tactics when Joe May hired him in his primary campaign against citizen activist Dave LaRock, who beat the 20 year incumbent by 15%.

With a record of seven losses, one wouldn’t expect Corry Bliss to be hired in a very important race, a race that may decide the control of the U.S. Senate, but yet that’s exactly what has happened.  Chris LaCivita, a consultant who most recently managed the campaign of Ken Cuccinelli in his losing bid for Governor of Virginia, has brought Corry Bliss to Kansas to run the day to day operations of Pat Robert’s senate re-election bid. More details here.

If the past is any indication, this will not end well for Republicans.

Will Corry Bliss Once Again Help Republicans Snatch Defeat From The Jaws Of Victory? was last modified: September 8th, 2014 by Jeanine Martin

[…] It’s worth noting that Corry Bliss, Executive Director of the SuperPAC running the ads was Karen Handel’s campaign manager in her 2010 gubernatorial bid. […]

Good points. I am more and more coming to the conclusion the RNC does not really WANT for the GOP to win the majority in Congress! No sirree, then we (GOP) would actually HAVE TO DO SOMETHING — maybe start repairing the horrible damage Obama has done. It’s much easier to be in the minority and simply complain about Obama and the Dems. Besides while the GOP is in the minority they can actually do what their bosses – Chamber of Commerce & big business – desire and let Obama/Dems enact amnesty. Meanwhile for the most part they can be in the background, posturing ineffectually against it for sake of reelection. Boehner, McConnell and other GOPe’s will quietly but ruthlessly squash true patriots Cruz and Sessions’ attempt to stop amnesty. To heck with what their constituents want or what’s good for the country!

One thing I’m sure of: the GOP establishment absolutely loathes the Tea Party; far more than they (GOP) hate the Democrats. As long as the Tea Party is crushed; the GOPe couldn’t care less about the Dems winning. The GOPe would rather a seat go to the Dems than to a Tea Party Republican.

We saw this for ourselves last year in VA with Ken Cuccinelli.

The Constitution Party is looking better and better all the time..

The Roberts have been long time personal friends of my parents since the 1980’s. After reading this, I immediately put in a call and asked them to call Senator Roberts personally and tell him that he needs to get rid of Bliss immediately. I suggest if anyone else knows anybody connected to Senator Roberts and his family, they should call them immediately. Bliss is political cancer for our party who should never work for our candidates again.

Thank you! This seat is much too important to have Corry Bliss in charge of the campaign. I hope others on the Roberts’ campaign reads the post and heeds your message.

If Chris La Civita is Roberts’ consultant, it won’t make any difference: another big loser. The Democrats put their money into data geniuses, behavioral psychologists, and linguists who (with the psychologists) know how to message. Republicans throw their money away on the Karl Roves, Ray Allens and Chris LaCivitas. We can’t win with that formula. And they can’t lose.

Just heard that the latest polls in Kansas has Pat Roberts down by 1% against Orme. We need the best possible campaign manager for Roberts.

Latest polls show Roberts down by 1%. He needs the best campaign manager he can find, certainly not Corry Bliss!

It’s usually the general consultants, not the campaign managers who make the kind of decisions that you are blaming on Cory Bliss. That being said, one of my first experiences in politics at 18 years old, 6 years ago, working in Gary Byler’s office. Cory Bliss was managing Thelma Drake’s campaign and there were quite a few people there pissed at him for talking to the press and saying something stupid. The consensus was that Thelma could still win if Bliss didn’t open his mouth again. She ended up losing to Glenn Nye.

So it make EIGHT campaigns he’s lost. Only in politics can people do a miserable job and get promoted.

Is the RNC trying to sabotage Roberts by sending in Bliss? That’s not nice.