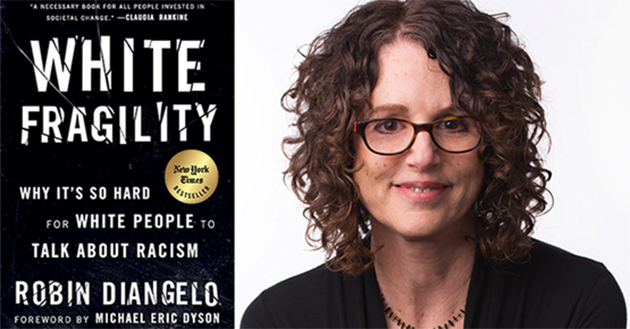 This week, the Virginia Board of Education will meet to discuss a report that may promote destructive racial ideologies — the August 2020 “Report from the Governor’s African American History Education Commission.”

James Sherlock laments “the fiercely negative approach to the teaching of African American history offered by the Governor’s Commission.” He says says its “Report is critical race theory brought to life. It represents the most thoroughly negative view of America’s history and pessimism about its future as a nation that I have ever encountered in a government document anywhere. Many universities have had success at radicalization. This recommends an earlier start. Kindergarten.”

After reading his assessment at Bacon’s Rebellion, I read the Report and was dismayed by it as well. Three authors cited in the Report — Robin DiAngelo, Ibram Kendi, and Glenn Singleton — give harmful advice which, if followed, will lead to civil-rights violations and spread racism in our schools.

So in comments I emailed to the Board of Education at BOE@doe.virginia.gov, I objected to their inclusion. They are currently listed in Appendix F of the report, as “Scholars and Partners for Collaboration,” and their works are cited as “Resources to Support Implementation.”

1. Robin DiAngelo, author of White Fragility: Why It’s So Hard for White People to Talk About Racism

The African-American professor John McWhorter notes in The Atlantic that DiAngelo’s book is “a racist tract” that is “dehumanizing” and “condescending” to black people, even as it depicts “all whites” as racist. As he explains in detail, “DiAngelo’s book is replete with claims that are either plain wrong or bizarrely disconnected from reality.”

2. Glenn Singleton, author of Courageous Conversation About Race: A Field Guide for Achieving Equity in Schools

Singleton, a diversity trainer, peddles offensive racial stereotypes, claiming that “white talk” is “verbal, impersonal, intellectual” and “task-oriented,” while minority talk is “emotional.” That stereotypes minorities as being simpleminded and irrational.

Singleton embarrassed the Seattle Schools in a landmark discrimination case, which they lost in a 5-to-4 decision by the Supreme Court. Under the guidance of Singleton’s diversity-training firm, the Seattle Schools adopted a bizarre definition of racism that depicted planning ahead and individualism as racist or white traits.

As the National Association of Scholars notes,”The Seattle Schools taught that ‘individualism’ is a form of ‘cultural racism’; that planning ahead is a white characteristic; that it is racist to expect minorities to exhibit that characteristic; and that only whites, who benefit from ‘white privilege’ and ‘institutional racism,’ can be racist. These bizarre teachings were ridiculed in opinions by Chief Justice Roberts and Justice Clarence Thomas in their opinions in June 2007 in Parents Involved in Community Schools v. Seattle School District No. 1. Justice Thomas argued that these and other aspects of the Seattle Schools’ obsession with ‘white privilege’ made it inappropriate to blindly defer to school districts when they use race in student assignment. Yet the Seattle Schools’ diversity consultant, Glenn Singleton, far from rethinking his obsessions with ‘white privilege’ and ‘institutionalized racism,’ continues to spread his weird racial philosophy.”

Supreme Court Justices cited this bizarre definition of racism in striking down Seattle’s race-conscious student assignment policy. The Chief Justice did so in his footnote 14 of his ruling. Similarly, Justice Thomas’s concurring opinion cited this definition as a reason that “local school boards should” not “be entrusted with the power to make decisions on the basis of race.” As he noted in footnote 30, the Seattle Schools defined as “cultural racism” the useful trait of “having a future time orientation” – that is, planning ahead.

Singleton also embarrassed California Superintendent of Public Instruction Jack O’Connell. In 2007, he was hired by O’Connell to give diversity training. O’Connell then was publicly ridiculed after he repeated an offensive stereotype voiced by Glenn Singleton: that blacks, as a people, are loud, and need to have their loudness accommodated in the schools. In fact, many minority students express dismay about how loud and disorderly their classes are, finding that to be a major impediment to learning. The head of San Francisco’s NAACP demanded an apology from O’Connell for spreading this unfounded racial stereotype.

3. Ibram Kendi, author of How to Be an Antiracist

Such discrimination violates the Constitution, which regards discrimination and other racial classifications as a “last resort,” not as the “only remedy” for racist discrimination. (See Bartlett v. Strickland (2009)).

Racial preferences are also not a proper remedy for “individual” instances of racism, that don’t amount to a “systemic pattern of discrimination.” (See Coral Construction Co. v. King County (1991))

So for all these reasons, discrimination is generally not a permissible “remedy” for discrimination, contrary to what Kendi claims.

Judges have rejected Kendi’s idea that disparities automatically prove discrimination. An appeals court ruled in 2001 that a racial “disparity” in school-discipline rates does not “constitute discrimination,” if school policies are colorblind.