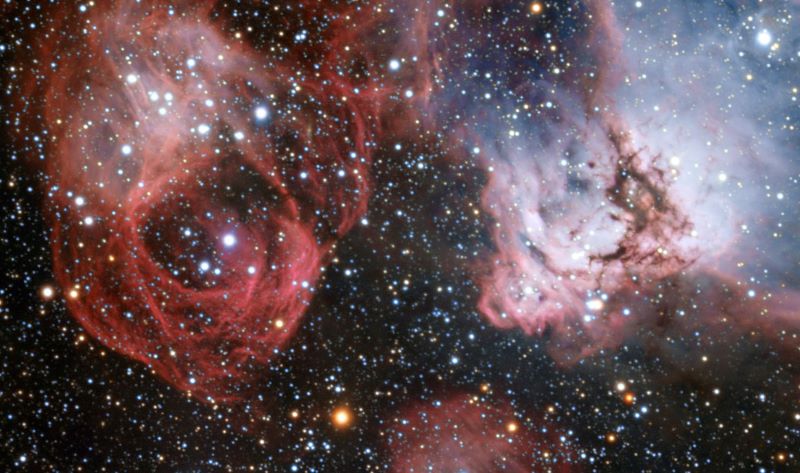 “Man’s conquest of Nature turns out, in the moment of its consummation, to be Nature’s conquest of Man.”  C.S. Lewis, The Abolition of Man

In today’s world, we have more highly educated men and women than ever. We have more critical information and knowledge than ever.

We have created supercomputers that can “think” at some level and calculate trillions of bits of information in the blink of an eye – while handheld devices in the hands of 80% of the human population on earth give them incredible computer power at the tap of a fingertip.

Even the universe is not beyond our reach. Cameras and sensors launched into deep space have revealed the staggering dimensions and beauty of the known universe billions of light-years away. Men have touched the moon and walked in its undisturbed dust. Our probes have circled and  landed on other planets, and documented some of their mysteries.

The modern world is overflowing with intelligent, industrious, creative, and productive people. We do marvelous things.

And yet all is not well on this tiny speck of a planet, in a solar system positioned in the outer bounds of the galaxy, itself only one galaxy in a group of up to 54. Beyond it lay billions, perhaps trillions more.

Here – now – there is a profound sense of lostness in the world. From the Americas to Europe, across Africa and Asia, and from Japan to Australia, and everything in between, a great separation has shaken nation after nation.

It is a deep disquiet and foreboding that all is not right – that just over the horizon, something ominous waits for history’s arrival. It is intensified but not caused by the fast-moving information age. Because we know across the world in an instant what used to take weeks, and before that, months or years to know is little comfort. It only takes away breathing room from the drama.

Surely, the Wuhan virus shook the world in ways that seeped deep into its collective soul. Overnight the fear of the unknown and its attendant irrationality gripped the nations. It was driven hard like a galloping herd by the unscrupulous and self-serving institutions that thrive on chaos. With the virus, we saw the worst from our governments, so-called health experts, and would-be leaders. Given unrestrained power to wage battle against a nano-micron bit of RNA material, they succeeded only at collecting unaccountable political power and exercising it in immensely destructive and unscientific ways – while arrogantly proclaiming the imprimatur of science to protect their actions from scrutiny.

But the nation’s and the world’s foreboding is about much more than the botched, mangled response to one of the many contagions that have come and gone in modern times, much less all of human history.

The sense of lostness runs deeper. In a few generations, the world has lost its grasp on reason. Worse, it has lost wisdom – the wisdom that transcends logic alone and informs our understanding of the reality of the physical and moral Order.

In only a handful of decades, the world has collectively witnessed a destructive alienation set like concrete. It is an estrangement from reason – a flight to emotionalism. It is the abandonment of knowledge formed by reasoned experience to pseudo-knowledge created from feelings fueled by passions based on the moment. Or worse, emotional responses or fears sinisterly manipulated to reach an otherwise unreachable political, social, or economic goal.

Like a thrown rock skipping across a pond, the du jour emotions of the loudest voices command victimhood, praise, pity, or empathy for this and that. Emotional thinking is rewarded without a moment’s reflection or a passing appreciation of what has or hasn’t come before. Or what has been known and what has worked. Since it is grounded in feelings, it is often raw, vengeful, hate-filled, laced with conspiracies, or simply supercilious.

Emotionalism replacing “acquired” reason (and thus any room for wisdom) is used today in the world’s societies to draw blood – to drive conquest or dominance by the power of social intimidation or political control. It loathes reason and wisdom because to use them would require defining boundaries, fences, markers – and worse, a “First Cause” and its suggestion of ultimate accountability.

In the end, modern civilization is drifting out of the orbit of reason to self-centered emotionalism is an attempt to remake themselves as the God they dare not contemplate. Of course, this makes the fear of accountability warranted. The great unquiet, the foreboding, is the reality of an Order of things that so many very much wish did not exist.

What is common across humanity is the obvious and objective reality of life. Some things are good, and some are bad. Supporting and defending your family, community, and nation is a functional reality. Without it, the future is lost. Defending honor and truth is critical for the same reason. Without them, life succumbs to the worst behavior of the human race. Murder, for instance, is evil because it ends a life you did not create and might encourage others to murder you. Stealing from or enslaving your neighbor might seem beneficial at the moment but end in retribution or worse.

These are simple and obvious realities that cannot be set aside or ignored. The reality exists because of the First Cause. Every civilization from antiquity on has recorded and transmitted the existence of the objective reality to its future generations. In the western world, it has come down in the Judeo-Christian ethos, first recorded by the ancient Hebrews.  It is reason passed on with understanding. It is wisdom.

Since the Book of Job, arguably the oldest book in the Bible at nearly 4,000 years, the created physical and mathematical Order of the universe and the accompanying moral Order hard-wired into the created Order have been understood as wisdom. Job asks in a famous verse (Job 28:20), “But where can wisdom be found? Where does understanding dwell?”

God answers Job in Chapter 38, in a long series of questions.

After describing the physical Order, he answers his question. “The fear of the Lord – that is wisdom, and to shun evil, is understanding.”

It is binary with no gray. There is no other source of wisdom.

This theme of wisdom and a moral order is found all through the Scriptures and other ancient voices, always associated with reason. When men and women lose a grasp on reason, they quickly spin off into addictions, corruption, and depravity of every imaginable type. They become alogical. They have removed the boundaries that are required to connect to reason and, ultimately, wisdom. It can be as subtle as pride or as dramatic as murder, but every calamitous moral reef of life is crashed into for lack of wisdom. And every philosophy of man ends in ruin without it.

Clinical psychologist and best-selling author Jordan Peterson calls this trend in today’s cultures “contaminating the sacred with the profane.”

Moderns are no longer raised and educated in the basic foundational tools to distinguish between right and wrong, good and evil. Instead, they are taught to embrace emotional responses as truth. It epitomizes the new radical left worldwide.

This is why there’s a compulsion to tear down old statues, rewrite history, and silence dissent. It’s critical to the radical political and cultural left. Part of it is their personal shame at being so unable to contend with reasoned discussion or life without validation. And part is raw emotional outrage over a vacuous life lived without effort or sacrifice. It is why the radicals fight so desperately to pretend that chromosomes don’t determine gender, that the extremes of human depravity are the new normal, or that individual responsibility and freedom are bondage by another name.

And it is why they condemn their conservative cultural and political enemies as fascists, Nazis, racists, or deniers – to name a few epitaphs. It is also why they want to cancel voices, end religion, and eliminate the system that provided them the prosperity and freedom to object to it. There is no reasoning with them, and they will hear no evidence.

Most importantly, where are the wise voices in the cultures? The men and women who know better. With the guts to speak the truth regardless of the cost. Where are those voices in our churches, synagogues, universities, and every sphere of public life. We need wise voices to remind us of who we are and why we are here. To remind us of the preexistent Order that called the creation into being.

We will be lost until we retrieve the map to that place.

Wisdom in Our Generation was last modified: September 22nd, 2022 by Michael Giere

Mr Giere– the paragraph on the Wuhan virus… It was breathtaking! That prose was nothing you see anymore. Thank you.

Excellent article, Michael! Fools may come and through dirt on it as they are wont to do, but the wise will appreciate your words.
As student of ‘wisdom’, I share this summary of the idea of wisdom according to Christianity. https://www.virtueonline.org/wisdom-according-christianity

Very nice!
Something to be shared with our young men.

we need to resist returning to the jungle, and rule by emotion is exactly that.