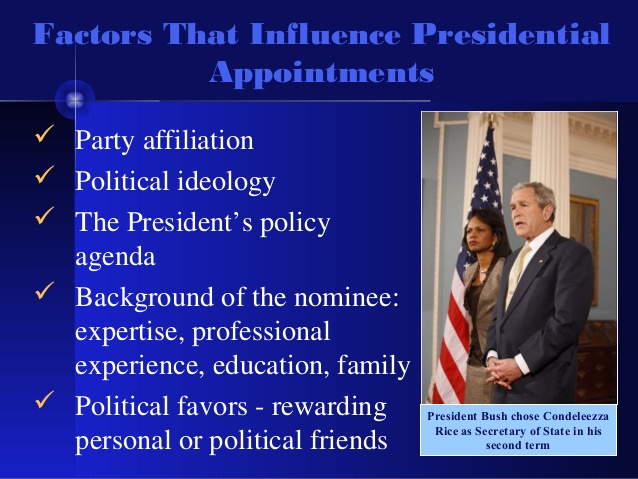 Would You Like An Appointment in the Trump Administration?

Do you want a job in the Trump Administration?  Apply here.  Current Obama appointments here.

Would You Like An Appointment in the Trump Administration? was last modified: November 29th, 2016 by Jeanine Martin

Trump told us he would drain the swamp. He didn’t tell us he was going to appoint all the creatures from the swamp to his Cabinet.

Back in 2000, Jeff Sessions put his finger squarely on the source of problems in America’s schools: disabled children.

Donald Trump’s pick for attorney general claimed, on the floor of the Senate, that while it was a good thing for schools to make accommodations for disabled students, it had just plain gone too far:

— quote
… we have created a complex system of federal regulations and laws that have created lawsuit after lawsuit, special treatment for certain children, and that are a big factor in accelerating the decline in civility and discipline in classrooms all over America. I say that very sincerely.

“The single most irritating problem for teachers throughout America today.” Boy, that’s saying something. In his statement, Sessions repeatedly cited the federal government falling short of its funding commitments to help schools comply with the law—but his answer was not full funding, it was going harder on disabled kids. This wasn’t just an empty speech:

Sessions’ comments about disabled students appear to be drawn from his own experience as Alabama’s attorney general. In the mid 1990s, Sessions fought school equality after
a judge ruled on behalf of about 30 of the state’s poor school districts who sought reforms. The case continued to languish in the courts while disability advocates worried that the poorest school systems didn’t have enough to fund the bare essentials for special needs
students, according to a New York Times account. The case ended in 1997 ― after Sessions won a senate seat.

Add disabled children to the long list of people and principles Jeff Sessions won’t be protecting as attorney general.

I was hoping all appointments would be made utilizing the Apprentice system.