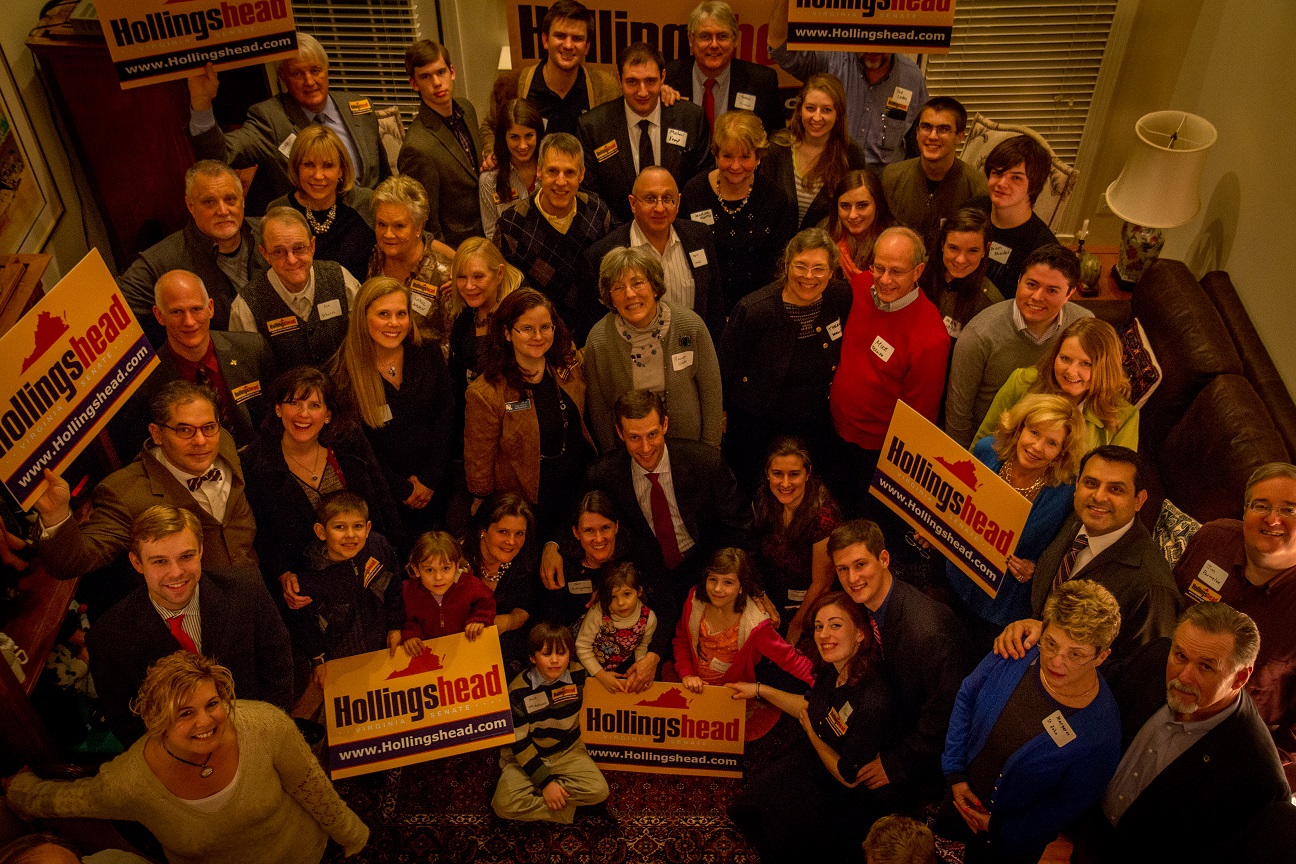 Yes We Can Win the 33rd Senate District!

Last night over 125 people from around the 33rd district came out on a cold, snow covered, evening to the lovely home of Admiral and Mrs. Christenson to meet and listen to Stephen Hollingshead declare his candidacy in Virginia’s 33rd Senate District. [read_more]All of Loudoun’s  Constitutional Officers were in attendance as well as other elected officials, including Senator Dick Black, Delegates Dave LaRock, and Randy Minchew. Also in attendance were numerous candidates including Eric Noble candidate for Loudoun County Sheriff, Ron Meyer our candidate for Supervisor in the Broad Run District, Tony Buffington our Supervisor candidate in Blue Ridge, and from Fairfax County, John Guevara candidate for Supervisor in Sully District and Jennifer Chronis candidate for Supervisor in Dranesville district.  (She will be John Foust’s second loss to a woman in a year. And yes, she’s had a ‘real job’.)

After an introduction from Senator Black, Hollingshead said:

“I know what it takes to make payroll.  I understand how the government can help and hurt small businesses in Virginia. Government should be a good partner to businesses.  To be a good partner, it needs to be predictable, reasonable and not overburden businesses with needless red tape.  When I get to Richmond my focus will be jobs, economic growth, and opportunity for all Virginians.”

Hollingshead is exactly who we need to lead us to victory in November.  He is well versed in history, has an impressive resume, a great family, and a terrific sense of humor. The current political climate will also help us to win in the 33rd Senate District.  John Whitbeck, now chairman of Republican Party of Virginia, ran against Jennifer Wexton for the seat in a special election last January.  The spoiler was former Delegate Joe May. Because May was in the race the Senate caucus did not help Whitbeck with the funds he needed to win the seat. Jennifer Wexton had tremendous support from the democrats, taking in $1,129,888 with over $500,000 coming from the democrat senate caucus and the democrat party of Virginia.  In contrast to that, John Whitbeck raised only $380,581.  That won’t happen this year. With no spoiler in the race the Republican Senate caucus and the Republican Party of Virginia will be fully behind Stephen Hollingshead’s candidacy. Hollingshead’s message of more opportunity and less government regulation will resonate with the voters and he will win in the 33rd Senate district.

Yes We Can Win the 33rd Senate District! was last modified: March 3rd, 2015 by Jeanine Martin

Jennifer Wexton is going to get a run for her money. Hollingshead is an excellent candidate and he has the reputation of being a very hard worker. He and his family helped get many other candidates elected so all the activists know and like him. This is going to be fun to watch!

Great to see Steve’s campaign opening strong! He’ll be a great Senator for the 33rd district!

I wish I could have attended last night, but I was in Washington. Stephen will make an excellent Senator and will serve the people of the 33rd district with honesty and integrity! I intend to put my money where my mouth is, by making a contribution to his campaign. I urge everyone to support his candidacy.

the bio didn’t say what his job is. could you tell us?

Kelley, he’s formed several small businesses and served in leadership at HUD under GWB. His bio is on linked-in.