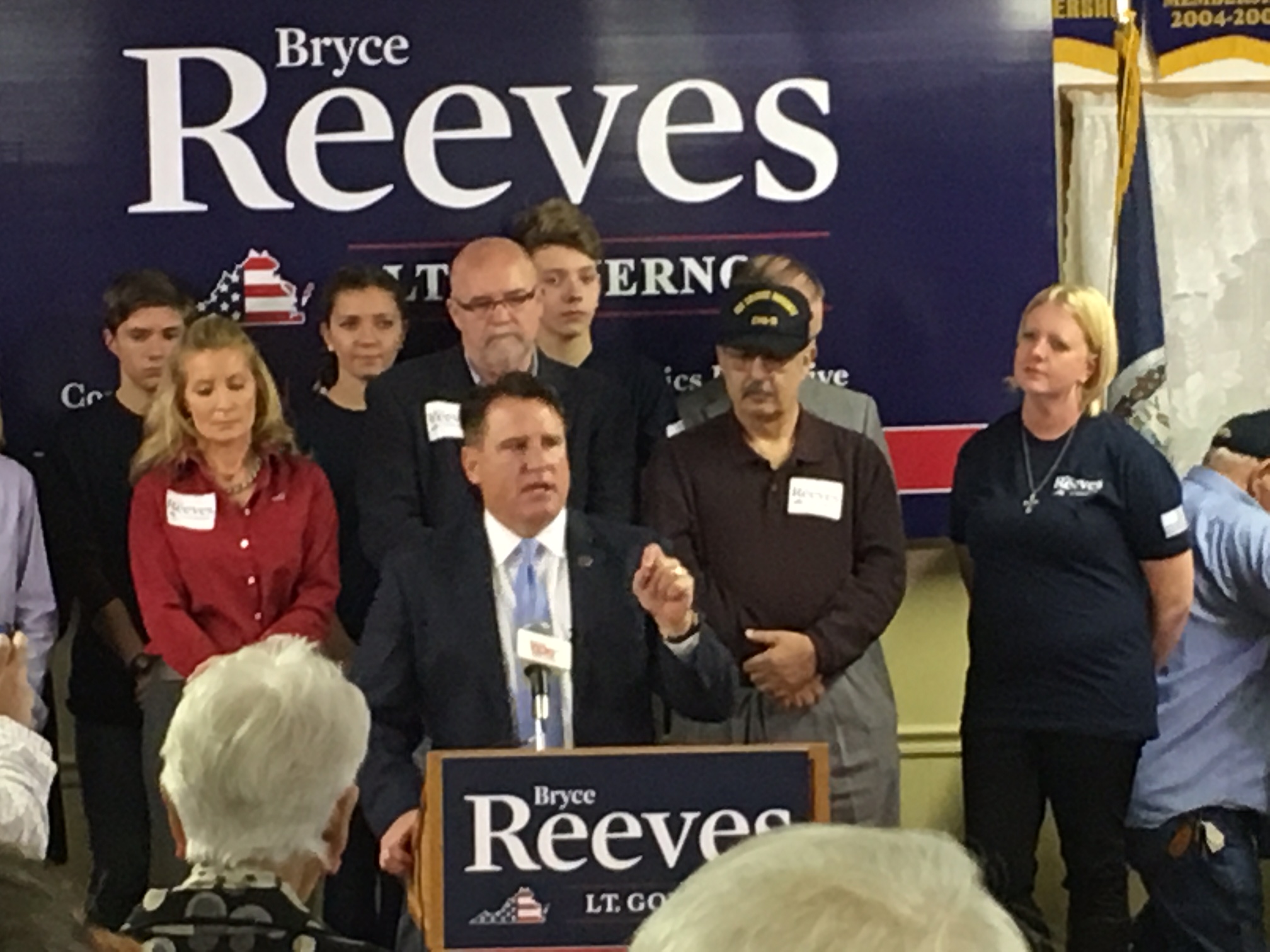 Addressing a throng of supporters at the Fredericksburg Veterans of Foreign Wars Post this evening, Sen. Bryce Reeves (R-Spotsylvania) confirmed officially that he is running for the Republican nomination to succeed current Lieutenant Governor Ralph Northam.

Reeves spoke to a crowd of roughly 80-90 people, most from Spotsylvania, Stafford, and Fredericksburg, but including grassroots activists from all parts of the state.  Pastor Travis Witt, from the 5h Congressional District, delivered the invocation for the event.

Reeves is facing a tough challenge for the LG nomination, chiefly in the form of Sen. Jill Vogel (R-Fauquier).  Vogel, like Reeves, is racking up endorsements and is proving to be a prolific fundraiser.  Each of these candidates will have the resources and support to compete both at the grassroots level and among the wider electorate.  Del. Glenn Davis (R-Virginia Beach) is also running, but so far has been overshadowed by the candidates from the senior chamber of the General Assembly.

What this contest of equals means is that no candidate will likely be able to run away with it on natural advantages, like name identification or fundraising.  Instead, this campaign will be about issues.  We expect that at times those contrasts on issues might get tough, but it is a contest that will give voters an honest choice.

All the candidates will attend the Republican Party of Virginia Advance on December 9-10 in Richmond.  We’ll report on the candidates’ respective presences there, and provide a first-hand analysis of the state of the race.  In the meantime, the text of Reeves’ speech tonight is below:

Thank you Colonel Lintz for the kind words and introduction…