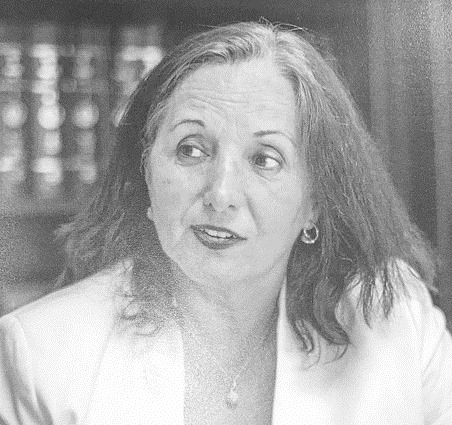 Buta Biberaj is running for Loudoun Commonwealth’s Attorney. She is a criminal lawyer who defends rapists and child molesters in her practice.

Biberaj defended a man who tried to rape his female co-worker late at night. He masked his face and attacked her. With one hand clutching her throat, he forced his other hand down her shirt. She fought back and bit him savagely. He was convicted using DNA evidence from the blood-soaked crime scene.

After trial, Biberaj was angry because the victim watched the defendant being handcuffed and led off to prison. She demanded of the prosecutor, “Are you going to stand and watch this?” When the prosecutor replied “yes,” Biberaj sneered back “F—ck you!”

I devoted much of my life to protecting communities against violent thugs with tough, swift and fair justice.

Understand this: If Soros wins, you lose. Everything he touches gets corrupted. If Buta Biberaj is elected, will anyone feel safe from violent criminals or from partisan vendettas?

Why Loudoun needs to keep Nicole Wittmann as Commonwealth’s Attorney – The Bull Elephant November 2, 2019 at 9:35 pm