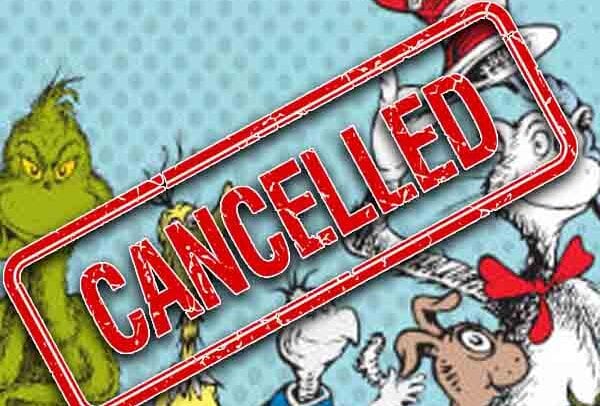 For more than two decades, Dr. Seuss’s birthday has been celebrated in schools across the nation as part of Read Across America Day – dedicated to the importance of reading and literacy. The day falls on Dr. Seuss’s birthday in honor of the impactful author, whose insightful books have been instrumental  the development of minds of the countless generations of children across the globe. As a career kindergarten teacher my mother used Dr, Suess for years to instill values and responsibility for her young pupils. He for generations served as a “go to” author for many teachers intent on forming basic values  and responsibility on their young pupils.

However, as recently reported in multiple news outlets, Loudoun County Public Schools has dropped the annual Dr. Seuss celebration. “Realizing that many schools continue to celebrate ‘Read Across America Day’ in partial recognition of Dr. Seuss’ birthday, it is important for us to be cognizant of research that may challenge our practice in this regard,” Loudoun County Schools said in an announcement reported by the Daily Wire.

“As we become more culturally responsive and racially conscious, all building leaders should know that in recent years there has been research revealing radical undertones in the books written and the illustrations drawn by Dr. Seuss,” the school district stated.

Learning for Justice, a liberal education advocacy group, was reportedly behind the pressure campaign against the celebrated children’s author. The organization sees itself as a group that seeks “to uphold the mission” of the left-wing Southern Poverty Law Center, according to their website. Learning for Justice cited a study by St. Catherine University that claimed Dr. Seuss’s books are covered with “orientalism, anti-Blackness and White supremacy” in a magazine article they released. The group also claimed that the characters who were not White in the books were “subservient” to White characters.

So, in addition to Uncle Ben and Aunt Jemma now Dr. Seuss and his writings are considered offensive by a small but vocal minority and relegated to the dustbin of history. Who is next to fall to the mob – our founding fathers?

It is no secret that participation  in organized religion and church attendance has undergone a dramatic decline. The institutions that once provided norms for societal behavior and civility have now been replaced in large part by a corrosive progressive cancel culture which has no respect for history or empathy for others. It is literally their way or the highway – there can  be no compromise.

Unfortunately, cancel culture now for many serves  a replacement for organized religion by its practicing zealots and true believers. Cancel culture has its sins; commandments; and it has burnings at the stake. In an effort to tear down vice build up a nation cancel culture unfortunately lacks the basic qualities of forgiveness, respect, grace, and redemption – all required for a civilized society to prosper and flourish.

No, we cannot turn back the clock to a more peaceful and caring time in America, but we can and should fight cancel culture head on before it consumes us.