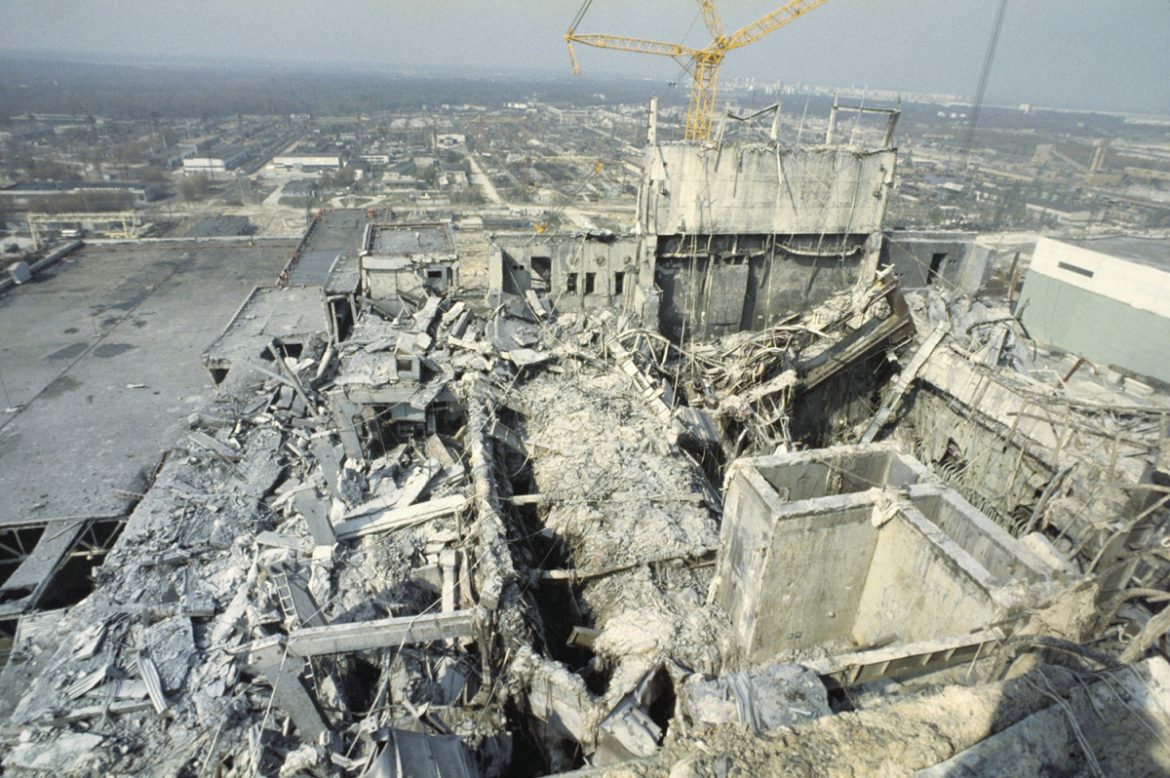 The HBO Chernobyl mini-series is very intense. It is not just an expose of what has actually happened with the nuclear reactor in the former Soviet Union, but an indictment of the reckless communist rule that has brought to disaster many nations and their wonderful people who allowed themselves to be bullied into the false promises of collectivism and communism, of impossible equity and equality.

The proletariat suffered greatly at the hands of activists and apparatchiks with a low-grade education, useful idiots who helped implement totalitarian communism, deprivation, and mass starvation. The Marxists, Bolsheviks, Leninists, Stalinists, and Maoists had engineered and were complicit in the death of 100 million people.

In episode 2, a nuclear physicist is trying to explain to the communist secretary in charge of the city of Pripyat in northern Ukraine, that he needs to evacuate the town and he responds that there is no danger, the radiation exposure is equal to one x-ray, a bold, fat, and deliberate lie to the public who was kept in the dark during the most essential time when they should have evacuated the residents of the town located three miles from the nuclear reactor whose core melted down, scattering radioactive graphite everywhere and blowing radioactive fumes and particles into the atmosphere, raining down plumes of fission products on unsuspected locals. The wind carried radioactivity over western Europe and even northern Romania.

Frustrated, the physicist tells him, I am sorry Comrade so and so but before you were a local party secretary, you worked in a shoe factory.

His answer, delivered with a distasteful smirk born of ignorance and self-importance, was, yes, but I am in charge here now, not you.

This is typical of the irresponsible comrades who ran the communist countries, all the Soviet satellites – low on education and intoxicated on power, not caring about the dangers that they put millions of people in every day with their Marxist-based crushing rule and ill-informed decisions.

A faithful Russian reader, wondered if the HBO series mentioned that the tragedy was in fact, bound to happen. According to Slava, “Years before the festive inauguration of the Chernobyl’s nuclear station, quite a few inspectors were warning that the construction was done below any standards, thanks to nearly all the contracts being gifted to the corrupt relatives or friends of local party bosses. The general opinion of those brave and honest experts was that, due to constant substitution of good building materials with cheap trash, the future catastrophe would be simply inevitable. Naturally, their written reports were at once gagged and hidden by the communist leadership – you just couldn’t criticize the Party’s projects, especially the top-secret atomic ones. The dreadful truth was declassified in the late nineties.”

In a similar vein, the current young and old American socialists are running our country from Congress openly. Radical socialist Alexandria Ocasio-Cortez comes to mind, a former bartender, with no political or economic knowledge of what it takes to run the largest economy on the planet, now makes fundamental decisions for the future of our country, for our people, via the Green New Deal, not just for 330 million of Americans today, but for generations to come.