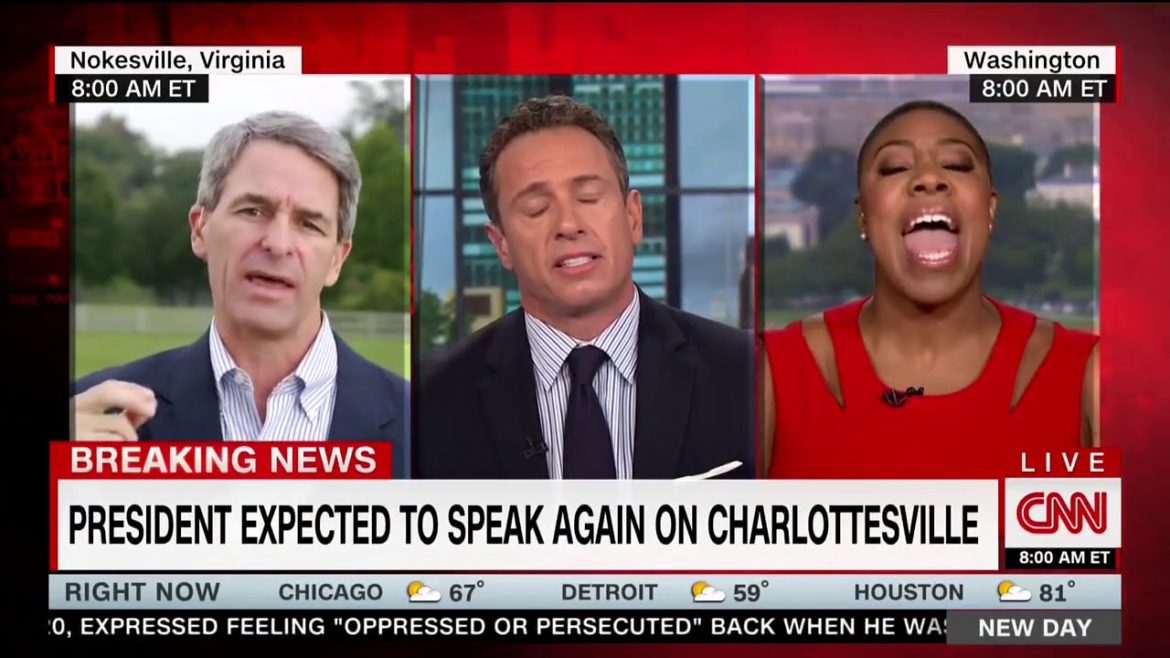 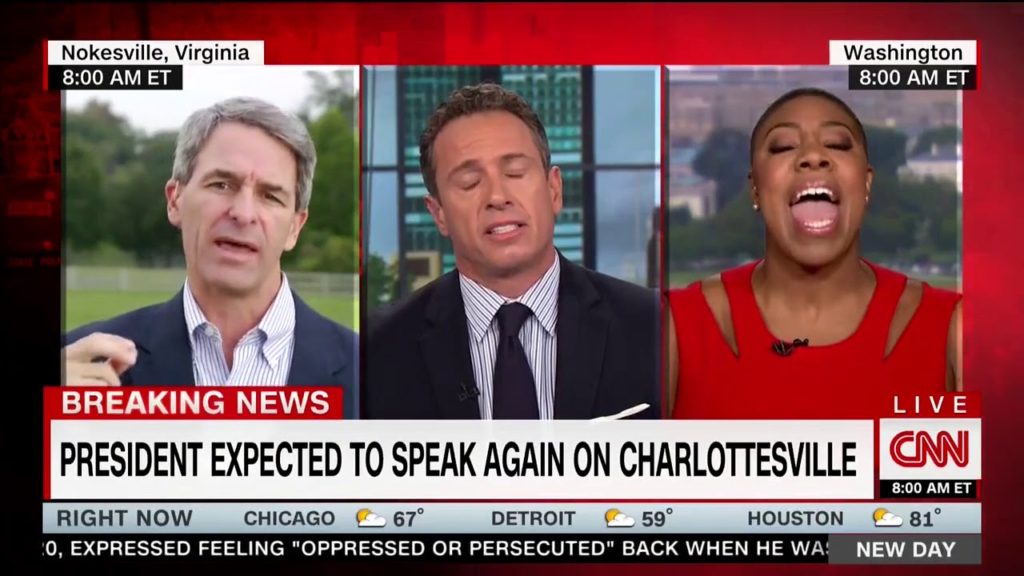 Monday morning, Ken Cuccinelli, former Attorney General of the Commonwealth, appeared on CNN’s “New Day” program opposite Symone Sanders, former press secretary for Bernie Sanders. They spoke about the Charlottesville events, and the President’s underwhelming, confounding response to them. Things got out of hand. When Cuccinelli didn’t seem contrite enough of behalf of Donald Trump (because, being a conservative, he’s clearly Trump’s biggest fan, because REASONS) and wouldn’t initially condemn Robert E. Lee as “emblematic” of white supremacy and racial hatred, Sanders continually talked over him and interrupted, with host Chris Cuomo’s passive cooperation. Cuccinelli eventually had enough of being interrupted and talked over, and said “…can I finish Symone, will you just shut up for a minute and let me finish?” Sanders became apoplectic, as if her civil rights were being violated by being asked to ‘shut up.’ The height of irony was Sanders, doing her best impression of a screaming harpy, demanding ‘decorum’ from Ken Cuccinelli, in almost every instance a thoroughgoing gentleman, who in this case was pushed to his limits. Sanders has no sense of fairness, decency, or decorum of her own. Chris Cuomo, of course, being Chris Cuomo, jumped in and remonstrated with Cuccinelli for using the phrase, “shut up” and did nothing to address Sanders’ antics, including using the same phrase herself.

This is another example of the leftist bias of a cable news host, but also of a larger trend, the assumed moral superiority of minorities in public discourse. This perceived superiority is what must be challenged. It has no basis in reality, and enables egregious behavior like Ms. Sanders’. No demographic has a claim on a phrase or a particular role in public discourse, and it’s high time conservatives challenged it whenever it’s assumed in the media.

Cuccinelli, being the gentleman that he is, apologized, even calling Sanders after the fact. Sanders, for her part, of course, said she “didn’t have” an apology for Ken Cuccinelli. She didn’t deserve one herself, and shouldn’t have gotten one. As for Cuomo, he should be called out for his tacit assistance in bullying Cuccinelli.