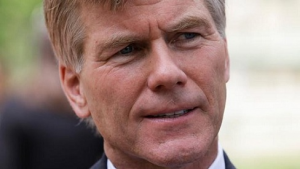 As expected, criminal charges have now been filed against the former Governor and First Lady of Virginia.

Prosecutors allege that Governor McDonnell and his wife, Maureen, accepted illegal gifts in exchange for official favors. The former governor issued the following statement in which he claimed innocence, and pledged to fight the charges:

My fellow Virginians, earlier today federal prosecutors notified my attorneys that they have filed criminal charges against me and my wife Maureen, alleging that we violated federal law by accepting gifts and loans from Jonnie Williams, the former CEO of Star Scientific. I deeply regret accepting legal gifts and loans from Mr. Williams, all of which have been repaid with interest, and I have apologized for my poor judgment for which I take full responsibility. However, I repeat emphatically that I did nothing illegal for Mr. Williams in exchange for what I believed was his personal generosity and friendship. I never promised – and Mr. Williams and his company never received – any government benefit of any kind from me or my Administration. We did not violate the law, and I will use every available resource and advocate I have for as long as it takes to fight these false allegations, and to prevail against this unjust overreach of the federal government.

The charges confirm months of suspicion about the federal investigation into the McDonnells’ relationship with former Star Scientific executive Johnnie Williams. The Washington Post details the history of that relationship, and other allegedly improper gift issues, here.