How Much Snow Does It Take to Close Schools in the US?

How much snow does it take to close schools where you live? Â Obviously it varies by area, some areas aren’t equipped to handle even a small amount of snow while other areas are used to getting snow that can be measured in feet. Â Alexander TrubetskoyÂ (a.k.a.Â atrubetskoy) of Reddit has developed a map of the US showing how much snow will typically close schools. Â Click image to enlarge. 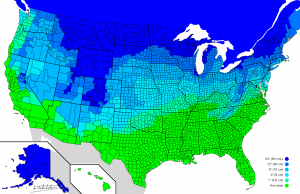 How Much Snow Does It Take to Close Schools in the US? was last modified: February 3rd, 2014 by Jeanine Martin