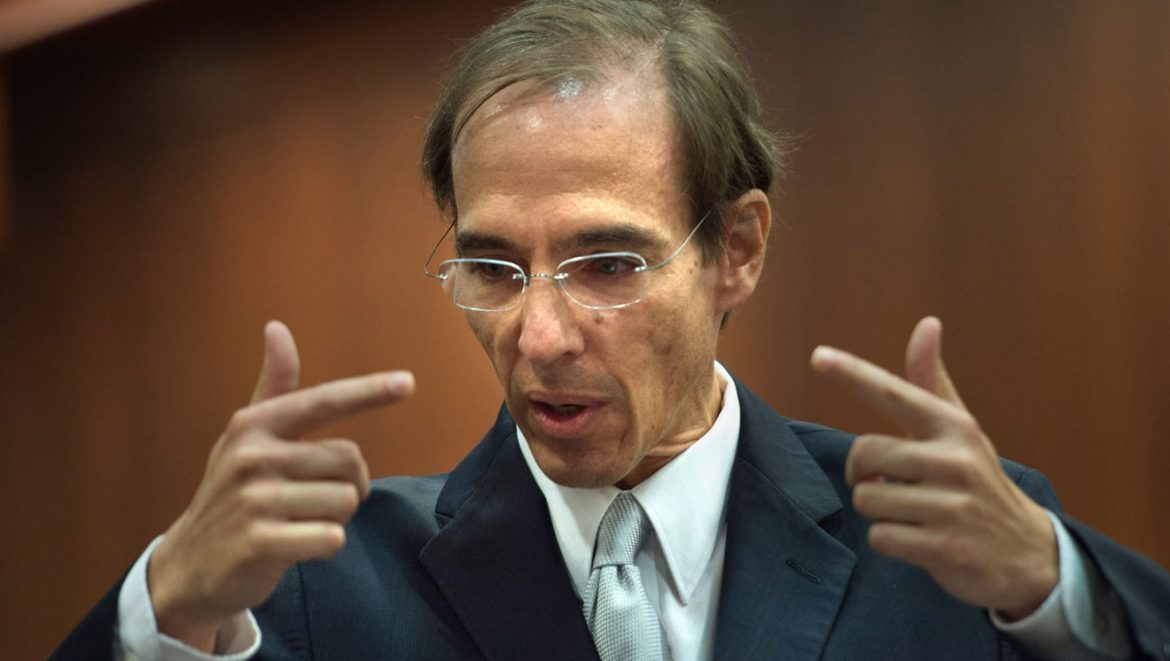 A judge in Virginia’s Fairfax County has ruled that portraits of white judges must be removed from a courtroom, to protect a black criminal defendant’s right to a fair trial. The idea that white people are so scary or racially offensive that just seeing them deprives minorities of a fair trial would have been viewed as laughably racist even a few years ago. But in today’s bizarre political climate, this idea is viewed as progressive. So the judge’s ruling was applauded by the liberal media.

Judge David Bernhard ruled that the white portraits had to be banished, in Commonwealth v. Shipp. As he put it, “The Defendant’s constitutional right to a fair jury trial stands paramount over the countervailing interest of adorning courtrooms with portraits that honor past jurists,” because those portraits were “overwhelmingly of white individuals.” Since 45 of the 47 judges were white, he viewed their portraits as “symbols” that black people are “of lesser standing.”

The public defender had filed a “Motion to Remove Portraiture Overwhelmingly Depicting White Jurists Hanging in Trial Courtroom.” The motion was not opposed by Fairfax County’s left-wing prosecutor, Steve Descano. Descano was elected Commonwealth’s Attorney in 2018, after receiving over $600,000 in campaign funding from a group bankrolled by billionaire George Soros. Prior to being elected, the unqualified Descano had little experience as a prosecutor, and a conviction was overturned because Descano lied in his closing argument.

However illogical Judge Bernhard’s ruling may be, it may help him achieve his ambition of being elevated to the Virginia Court of Appeals. Democrats plan to pack Virginia’s Court of Appeals in 2021 by increasing its size to 15 judges from its current 11 judges.

Judge Bernhard wants to be on the Court of Appeals, and narrowly missed out on being appointed to it in the past. Lawyers are mostly progressives, and issuing a left-wing ruling like this could give Judge Bernhard an even higher profile among progressives. As Professor Maya Sen notes in the Harvard Gazette, “lawyers tend to be pretty left of center.”

On March 2, 2020, Judge Bernhard was among six candidates from a wider initial candidate pool, interviewed by the Virginia General Assembly as a prerequisite for election to a vacancy on the Court of Appeals of Virginia. Bernhard received top ratings from eight legal bar organizations. … The Virginia Senate and House of Delegates failed to arrive at a consensus candidate potentially leaving future selection of the position in the hands of the Governor or to the 2021 session of the General Assembly.

However, it is possible that this ruling will backfire on Judge Bernhard. Lawyers seem mostly unimpressed with his ruling against the white judges’ portraits. The New York criminal-defense lawyer Scott Greenfield described it as “pure ideological drivel.” At Instapundit, law professor Gail Heriot called the judge’s ruling as a sign that “our country is dying of stupidity.”

The judge wrongly treated white judges’ portraits as a symbol “of racism.” But whiteness is not proof of racism. All nine of the U.S. Supreme Court justices who voted to strike down segregation in 1954 were white. All of the Massachusetts Supreme Court justices who declared slavery illegal in Massachusetts in 1783 were white. (The court’s ruling used the Massachusetts Declaration of Rights, which stated that “all men are born free and equal”, as the basis for saying that slavery was illegal.).

Vermont and Maine are the whitest states in the country — more than 94% white, even today. Yet, they were historically the least racist states: They allowed black people to vote and sit on juries even before the Civil War. All-white juries there have acquitted black defendants.

Nor are white people particularly menacing or dangerous to black people. Eighty-nine percent of black homicide victims are killed by black offenders, not whites, according to the FBI.

Nor do black people face an elevated risk of interracial violence from whites. As Kirsanow, an attorney, pointed out in the National Review:

Contrary to the tweets and posts of some celebrities, blacks aren’t being “hunted” by whites. As Heather Mac Donald notes:

So there is no logical reason why a collection of mostly white judicial portraits would intimidate a minority defendant. Nor would it interfere with a defendant’s ability to get a fair trial.