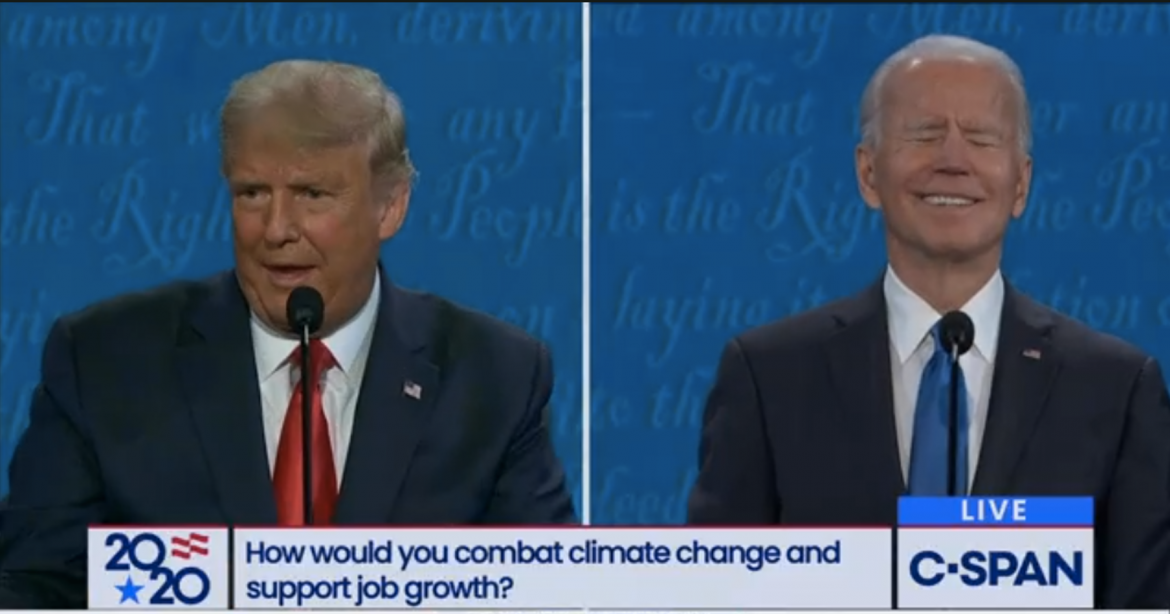 Biden smirked and laughed at Trump throughout the debate

Tyler O’Neil has written an excellent article over at PJmedia.com on the big whopping lies Biden told last night. These lies include Hunter Biden, Obamacare (yes, millions DID lose their insurance), coronavirus, and Russia! Russia! Russia!, among others. My favorite was Biden’s claim that he never said he would ban fracking. Within the hour Sean Hannity had a montage of videos of Biden saying exactly that. And let’s not forget Kamala Harris was also adamant that the Biden-Harris administration would ban fracking. List of Biden quotes on banning fracking here.

Watch the moment Biden realizes he has lost the debate here.

Biden says he will “transition away from the oil industry” in the US. Folks in Texas, Louisiana, Oklahoma, Ohio, and Pennsylvania might be interested to know that Biden is going to ban fracking and kill the oil industry.

And finally some fun drunk-blogging during the debate by Steven Green with such gems as:

“Biden says people in his state were dying.

What a shame he didn’t hold public office or anything.

Also, he says he’d “transition” from oil because oil “pollutes.”

Quoting Stephen Kruiser, “”Dumb as an ashtray” is the truest thing anyone ever said about Joe Biden”.